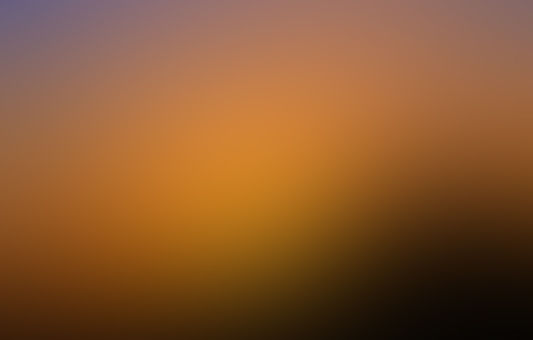 aaronramos Sci-Fi and Horror writer
Autoplay OFF   •   2 months ago
Transcript Use Images
A primitive island couple discover something that will change their existence forever, one of them sooner than expected.
fiction scifisci-fisciencefictionscience fictionparadisecontroldiscoveryhorrorsomething out there

Above the beach, a sky's cloudless deep blue spreads to meet and meld with that of the surrounding ocean.

Small waves crash on the shore of bleached white sand now littered with brush, leaves, and branches. Far in the distance, ominous dark clouds continue to move to their next destination.

The sun is warm but a slight chill still hangs in the air. A woman emerges from the tree line and throws her hands into the air in a sign of victory.

A man cautiously makes his way out soon after carefully evaluating the extent of the effects of the recent storm.

The two islanders are picturesque in their almost absurdly perfect bodies. Tall, lean, and tanned, both with long hair tied back.

"So messy!" The girl shouts out as if in an effort to get the beach to feel ashamed of the litter. The man shrugs and makes his way down to the water.

The woman runs along the beach carefully evading the scattered branches and fallen palms with the effortlessness and grace of a doe.

With a swift move, she let loose her hair, twirls, and lets herself fall onto a small patch of clear sand.

The surface sand is warm from the sun's rays and clings to her bronze skin while the cool moist sand below drives her to close her eyes, dig her toes deeper into it,

and relish in the contradictory sensations.

She feels the sun's warmth blocked by the man's shadow on her body and opens her eyes to look over at him.

In a tone that is deep and befitting the sheer mass of his body, "What is that?" he says, pointing down the beach. She arches her back and rolls up on her head to see behind her.

A glimmer in the distance quickly catches her eye and she rolls over and pops up back onto her feet, looking back to him, "Let's see!" she says with a big smile.

Arriving at the site, they push away the debris from the storm to completely uncover a large metallic pod. A dim green light pulses from the center of the seamless metal capsule.

The woman slowly brings her hand to the capsule's florescent green heartbeat and gives it a brief tap with three fingers and then quickly pulls away.

The man standing to her side, amused by her behavior, lets out a chuckle. "It old thing. Sol will be happy."

He presses her aside to have a look at their discovery. Leaning over it, he examines the green pulse with his fingertips and then raps on it with his knuckles.

He listens to the sound which indicates a thick but hollow structure. Looking it over with an analytic gaze he leans back, crossed his arms, and then gives it a good kick.

The upper surface of the pod lights up displaying numerous figures, graphs, and renderings of a human body highlighting the organs and going from blue to red to green.

The two are mesmerized by the lights that danced like the flames of a fire, gazing deeply at the figures as if having had a primitive part of their brains touched for the first time.

Their amazement is suddenly shattered and they are knocked to the ground as gas violently erupts from suddenly opened vents.

Servos and belts whine and whizz, panels flip open at the sides and a clear line of separation in the metal appears to draw itself lengthwise along the pod. Then everything stops.

The light vanishes and the thing sits silently.

Suddenly again with the viciousness of the first gas release, the pod splits in two, its top half rising about six inches up and sliding down two-thirds from its bottom.

The woman takes this chance to move behind the man to shield herself in the event of further surprises. The man stands up and approaches the pod.

The pod sits quietly hissing open and full of a thick fog. The woman, having followed closely behind the man, comes around him to investigate.

She waves her hand clearing away the fog that covers the contents of the pod, but gas continues to pour out making her efforts futile.

The flow of gas begins to slow and then, with both hands, she brushes aside the thick white cloud to finally reveal, a man.

The man is middle-aged, athletically built to match that of the island man, bearded, naked, pale blue, and stiff as a plank.

Looking at the body, the expression of curiosity that had returned to the island man's face now changes to one of disappointment, "Dead" he proclaims.

As he leans in for further inspection without warning, the man in the pod reaches out to the sides of the pod, pulls himself up,

and gasps a deep breath of someone having been at the brink of drowning. The two fall back to the ground again with jaws opened in shock.

Breathing heavily, color returns to the pod man's body, and he brings his arms up to his eyes as they attempt to remember what their purpose was.

As he gazes upon the surreal vision of someone waking from the dead, the island man's face changes as a realization can be seen coming into his mind.

The slack jaw look of surprise slowly contorts to one of terror.

He jumps to his feet, stumbling back a few steps, stands erect, and then raised his head to look towards the center of the island then back to the woman. "Luna...

" In a flash everything above the man's naval vanishes into a pink cloud, the sand erupts in an explosion that leaves a crater of maroon beside him in the direction of the sea.

The woman stares as the partial torso falls back pouring its contents onto the sand and the legs and severed arms expel their last bit of energy in twitching spasms of the muscles.

She stares at the remains for a moment and then looks into the island with a face of disdain.

Turning her attention back to the pod, trembling with the weakness fear had brought into her legs, she stands and walks over to it. The pod sits empty.

She franticly looks around and makes her way to the other side of the pod. The man lays curled and gripping something tight with his arms and legs.

Did he jump out to seek cover? she thinks to herself. His body is coiled tense and then releases as consciousness leaves him. The woman shakes him by the shoulder, "Hey!"

"HEY!" she belts and then stands. She looks around, lets out a sigh, and leaves.