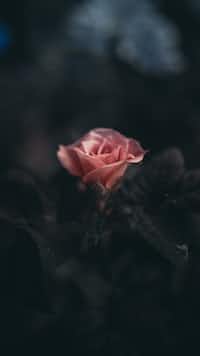 aakashtiwari A Storyteller
Autoplay OFF   •   3 months ago
Transcript Use Images
You are never sure who you are going to meet on a date....on a blind date.

PS: Not for faint-hearted.
thriller dating-horror-stories

She is standing in front of the mirror. Admiring herself in this new dress which she has bought just for today. Today she is going for a blind date.

She doesn't know anything about this person she was about to meet. This was both thrilling and exciting for her. She is a kind of person who plans everything, likes to plan everything. So this was a bold step for her.

She got down from her house, hailed a taxi and reached the place where she was about to meet this person.

She entered the place and looked around for a person wearing black and with a rose by his side. She found him. He was sitting in the farthest corner.

He looked handsome she thought. She walked towards him. They both sat down and in no time found themselves engaged in conversations.

She was delighted with how their date was going. By the end, he asked her whether he could drop her to her house. She said yes. So, together they both left the place.

When they reached her house, she thanked him for dropping her. He asked her, "Would you like to meet again?". She wasn't sure about this but she casually replied, "Sure, I'll call you".

But they never met again.

Because she found someone else. They met on her workplace and quickly became lovers. One day she asked him to meet at her house.

They had planned to spend the night watching a movie. So, she asked him to wait on the sofa while she bring some food from the kitchen. She went to the kitchen while He waited.

When she came back, he immediately said, "Let's go out for a walk". "What? Are you mad? It's late". She was confused. But when he insisted, She agreed.

They went out and after just a few steps from the house, she asked him, "What happened to you? You look tensed". He didn't reply immediately. He slowly asked her, "Do you have a room mate?".

"No", she replied. He was making her feel uncomfortable. "Will you tell me what's wrong?", she said angrily.

He took a deep breath and spoke, "Please don't be scared of what I am about to tell you, But, I saw a person lying under your bed. H...He was watching us", He struggled to complete the sentence.

She couldn't process those words. She shook from fear. She asked, "Wha...What are we going to do now?".

"I am about to call the police. They will be here in no time." He assured her.

The police arrived. They searched and found the intruder. When they brought him outside, She saw him. She felt she was going to faint. She stammered, "Bu...But why?".

"You said you were going to call, I was waiting".