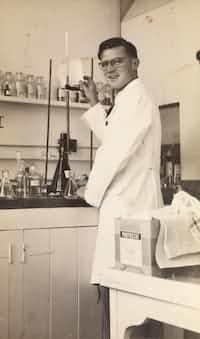 aakashtiwari A Storyteller
Autoplay OFF   •   2 months ago
Transcript Use Images
Story of two very young researchers on an important mission.
fiction first kissfirstkiss

Little Yash was watching a movie.

His friend Rohan was sitting beside him, his eyes glued to the screen, eating what's left of the popcorn which he finished at the beginning of the movie.

"You have to pause at exactly 47th min", He reminded Yash for the thousand time.

Yash paused the movie. Rohan's jaw dropped. They were just about to witness a minute long kiss scene.

They waited a long time for this. From the point when they got this movie, to the point of plotting for the right moment when they will be alone to watch this.

"You see this is how you do it." Rohan finally spoke when the scene finished.

Yash was still not sure about this. He had so many questions.

Beside all the claims from his friend that he is an expert in this, he was sure, the only kiss he ever had was one from his grandmother who was french and believed in kissing everyone,

something which his grandfather was not very fond of.

It happened months ago when Yash met the love of his life. He was playing football in his school when he fell and bruised himself.

He was taken to the hospital wing where he was sobbing while he was receiving the treatment.

"Don't cry, You will be alright", He heard a voice behind him. A girl was lying there, eating a candy. Yash immediately stopped crying. He can't be seen in this state.

"What happened to you?" He asked the girl.

"Nothing, I didn't want to attend the arts class so I made an excuse", She winked at him and offered a candy.

He laughed and accidentally jerked his leg after which he again felt an incredible pain in his leg, but this time he resisted his tears. Only when she left that he let it all out.

But that day he knew something, something which his friend deliberately repeated to him throughout the day also,

"You are finished". He concluded.

So, after many internal brainstorming, both Yash and Rohan decided that it's time they man up and get to know few things which is important for their future.

And so it was time to do the research and the topic for their research was First Kiss.

Their first subject was Grandpa. He was sitting outside the house.

"Tell me about your first kiss?" Yash asked his Grandpa.

"Of course it was your Grandma, It happened on our honeymoon...". His voice trailed off after that. Rohan tried to jerk him awake. But, he was awake, he just forgot why they were there.

"Tell me about your first kiss dad", Yash next asked his father.

He was drinking his tea and almost spilled it out. "What?" His father looked at his mother who was looking back at him angrily. She left without saying anything.

"You both are going to get me killed someday". His father looked around and spoke in a lower tone. "Well you know Miss. Patel right? We used to have a fling when we were very young".

Miss Patel was their next door neighbour. She never married. His Mother despised her. Well now we know why.

"It happened when I was 16 years old, I was driving my father's ford when..." Rohan interrupted their school bus driver's story. "Sir, is this a long story? We are getting late".

The Bus driver kicked them out of the school bus.

Yash asked the same question to his favourite Science Teacher whom he currently have a secret crush on. She smiled and questioned him back. "Why do you want to know this?".

"We are doing research Mam", Yash spoke as innocently as possible but inside he was curious to know.

"I can see you are acting as scientist", she replied. Yash and Rohan decided to take this business as seriously as possible. So, it's obvious that they decided to wear a white coat to act like one also.

After the class, Yash saw Rohan sitting on his knees with his hands in the air. "What happened?", Yash enquired. "Well, I asked the headmistress also the same thing", Rohan beamed.

At Lunch time, Yash was sitting alone in the park on the swing when he saw the same girl approaching him.

She sat beside him on the other vacant swing.

"We are acing as scientists. This is for a school project", Yash tried his best not to blurt out the truth.

"Yes, I heard. But I think you are missing a point." She was stroking the swing back and forth now.

She got down from the swing, came near him, and kissed him. "It's not a theory." and with that she left.

While he just sat there, hands on his lips, remembering,