Commaful
Beauty and the Beast 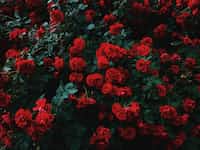 a_r_thomas Yes, this is Rosie_Posie1's account ^_^
Autoplay OFF   •   3 months ago
Transcript Use Images
My interpretation of "Beauty and the Beast" using a real world scenario with themes of lust and why its awful.
poetry poemlustbeautybeaststormsstormfeelingsadulterysinevil

Beauty and the Beast

It was not the clap of thunder The bright flash of lightning The pounding rain Or even the howling wind That awoke him.

It was his desire to see the beauty For she slept just down the hall.

Sweat perspired down his back His eyes wide like lighthouses Shining a beacon of lust Against the black shadows On this stormy summer night.

He craved the woman Her sweetness was all he needed To fill the empty urge Felt deep within his mortal gut.

A beast slept beside him now It rumbled like thunder with its snores It smelled like earth and food My god it was so large for baring so many brats A wife she never was but instead a hog.

The man longed for the beauty Her soft precious pale skin Silky raven hair that curled in the wind Sweet rosy lips filled with nothing more but love And a small figure the beast never had.

Thunder roared once again The wind no longer a whisper but a command Chanting for him to rise from the bed Sinful glee filled the man’s wicked heart For he crept down the hall like a rat.

However, the real beauty Was not a hog nor was did she smell foul Never did she snore or wear rags But a shattered smile was all she could ever bare.

The woman was humble and kind Good to her precious children Smelled of her fresh garden roses Made sweets that reminded one of home.

She knew the man’s wicked deeds Fear kept her locked in place For he had beat her many times before This woman was far from a beast For he and the man are the same.