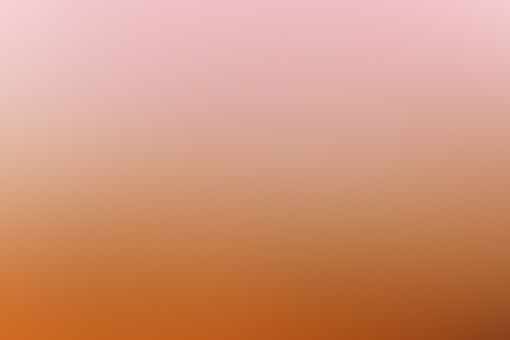 a_d Community member
Autoplay OFF   •   a year ago
Transcript Use Images
Bram and Elijah go on an adventure to find the truth about a road that people claim haunted. Things seem fun at first but then....... A man chases them with an ax, they arrive at a house where strange rituals take place.
thriller horrorthrillerpsychological thriller

The place was just there. It was a building. Everyone knew it was haunted, all right. No one knew the purpose of that building. It was fairly big and was painted all black.

It could be used as a hotel or a shopping mall but nobody went there. All they knew was that someone prayed there and that itself was hearsay.

People believed there was some evil cult that prayed to some evil force. But as I said before, nobody knew what that place was. They called it The Prayer House.

Bram knew he was a new arrival the very first time he saw Elijah. That innocence in every newcomer who arrived in Basilay. But this boy, he was looking for something. Maybe someone.

He knew that boy would not be making some friends soon because everyone was in their gang. There were already groups that said no thank you to every newcomer.

And though Bram had been living in Basilay and studying in Basilay High for a very long time, everyone treated him as a newcomer. Ah! Newcomers, they have that thing. That awkwardness they face.

And that is something no one can deny to having experienced. Bram did it for this boy and for himself too.

"Hey, you a new arrival here?" He had said hesitantly.

"Um.... Yeah, guess that's what I am here, are you one too?" The boy had replied with a fragment of happiness evident in his voice.

"I can see that you have no friends," the boy said. This angered Bram. This boy was behaving as if the whole school was standing in a line just to shake hands with him.

"True, but do you?" Bram said. A shadow of gloom loomed over the boy's face.

"Nah. You know, I would like to become a part of a group here. Wouldn't you, Samuel?"

"Yeah. Um.... Did you just call me Samuel?" Bram said with a frown. The boy's face changed as he realized his mistake.

"Bram Cape. And yours, pray to tell?"

"I don't know. Maybe Elijah Newcomer?" Elijah said and they both laughed. And that was how a fine friendship grew between the two fourteen-year-olds Bram and Elijah. They were in the same class.

Even the teachers were surprised to see Bram talking with someone. Friendship with Elijah somehow made many others his friend too. Eventually, Bram had a group of his own.

Everyone seemed happy but was it the calm before the storm?

And Bram noticed that but never brought the topic up. It was one day when the discussion was getting close and Elijah said,

"Bram, you have lived here long, right? So, is there not any kind of urban legend over here? Like something every kid is afraid of?"

"I don't know, maybe there is. There is this road, they say that if you pass it late at night, something bad happens. You hear the cry of a baby and death is reserved for you."

"Really? Why did you not tell me about this before?"

"I did not tell you about it before because it is a lie. No baby is crying and there are no records of anyone coming back dead from there. I mean that no one dies there," Bram said.

Elijah was acting strangely. This was not like him. He did not talk this way. There was also this strange mixed smell of sandalwood and rose now coming from him.

"But why? Why do we have to find out the truth? It is none of our business, is it? Moreover, it is dangerous. What if there......" Bram said earnestly.

Elijah got excited. There was a sudden change in his voice. Like he had caught something. He said,

"Well then, I believe I am a coward," Bram said.

"What is wrong with you? We will go and be back before the clock even strikes ten. Please, Samuel."

"You just called me Samuel again."

"I'm sorry but please Bram. Let's go. It will be fun. We will tell everyone about that place when we come back."

Bram kept quiet for some while and then smiled,

"But how will we go? We can't be on our bicycles. It will be too dark."

"Oh, don't you worry about that. I will handle it just fine. Just come to.... What is that road called?"

"Cadley. But Elijah, will everything be fine? You know, we can get hurt. You just got to know of that place. Are you sure?"

"As sure as knowing that my surname is Newcomer. Meet me at the Cadley tonight at eight and from there we will set on an adventurous path."

And so there stood Bram Cape right at the mouth of the Road Cadley, waiting for his friend. He had been waiting for fifteen minutes now.

It was after some time that he saw bright lights flashing right into his eyes. The source of the light was drawing closer and closer when Bram realized that it was a car, a very small car.

The car parked just in front of Bram. And inside the car was sitting Elijah. A mixed feeling of joy and confusion came over Bram.

"This is your car?" Bram said in amazement.

"Let's just assume that. It is my uncle's. He gifted it to me just a few months back on my birthday. My mother scolded him badly for it, said he was spoiling me.

But it is a small car, after all. And we just have to trudge on straight paths, right? I guess I can manage that."

"Elijah, I still don't think this is a good idea. And this car? What if your parents learned about this? Or worse, my parents? I told them we were working on a school project."

"You want to have that argument again? Come on. We are in a car, no one can hurt us."

Bram got into that car and in crept that strong mixed smell of sandalwood and rose. It had some very weird and somehow harmful effects on Bram's head. However, they went on their way, on and on.

Every few seconds Elijah said, "Where are they?" When Bram asked whom he was talking about, he just ignored the question. They had come out on a large distance, that was when Bram said,

"Elijah, this is enough. It is too late now and we have seen nothing."

They both heard it. A baby's cry. The cry was getting louder and louder. They looked at each other. Bram's face was pale but he could detect a smile curving in Elijah's face.

"God, you are one pussy-cat! I wish I could have recorded that face. But my phone was too busy playing that baby-cry," he said, still laughing

"That was you?! Elijah, turn the car. Now. I want to go home," Bram said, almost shouting.

"Okay, calm down. We are going back. But we are coming back, right?

"Only if you stop playing your dirty pranks!"

"I'm sorry, man. You get angry fast. I get that, no more pranks from now."

And so, they returned home. Only to come back four days later. This was the day when it happened. Elijah was driving and it had not been long when they heard some sounds. Bram looked at Elijah,

"Tell me this is not any of your jokes because I am not liking it."

"No, this is not me. I have no hand in this. I think they are finally here."

"I think we should go back."

"But it is not even nine right now."

The sound was very loud. And it was footsteps. Someone was walking. Not walking, running. They were being chased by someone. The sound suddenly stopped.

That was when Elijah realized what he had done.

"Elijah, are you joking again?"

"I swear I am not joking. We are on the wrong path. We have lost our way."

"Just stop saying things like that! We don't need to panic!" But Bram himself was sweating. He was scared, scared bad.

"This is what I warned you about. And now we are stuck! We don't know the way back home. I told you there was something very wrong with this place."

"What can we do now? What is the use of yelling at me now? Bram, look. Who is that? What is that?"

"What are you talking about?"

"Can't you see him, that man standing over there?"

Bram was looking around when the smell struck his nose again. This time Bram thought he would faint. His head felt extremely cool as if it had been emptied. He began feeling around things.

He suddenly felt all this was not real. He closed his eyes and then opened them. There he was. A figure was standing in front of them. It was tall and as the car proceeded forward slowly.

He had his head dropped down and his chin was touching his chest. His eyes were closed. It was as if he was sleeping but he was standing upright. What was he standing in? It was liquid.

Water? No, it was a pool of blood. It was dripping from his fingers and from what he was holding. That was what terrified Bram. The man had something in his hand, something big. A weapon. An ax.

As the car moved, its speed kept getting slower and slower.