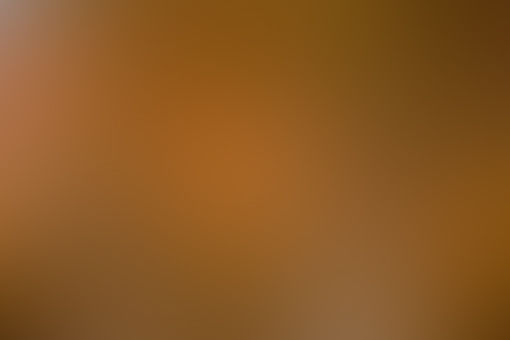 Anne stood in front of them all and said,

They all stood up and made a circle. They grabbed each other's hands and started moving in circles. Bram could see their eyes. There was only white in them.

They started chanting something; swaying like they were lost. They were lost in prayer. Bram was just about to leave when a familiar voice said, "Stop!" Some force urged Bram to stop and he did.

He turned around and saw that it was the Rabbit speaking. Anne and the rest of the group looked at him and burst into laughter. Anne broke it up and said,

It felt like something had been taken off his chest. He was feeling light now. So, this is what it was. A prank. A story to tell!

"Who is that masked man?"

The Rabbit took off his mask and it was whom Bram had expected, Elijah. He was bearing a smile reaching high up his cheeks.

"Why are you calling me Samuel?" Bram's eyes widened. "Were you planning this the whole time."

Silence. All of them were quiet. And after a while Elijah said,

"You see Bram, the people were not all wrong."

"They call it a cult. We are a Society. We have certain beliefs, you know."

"Elijah, what are you talking about?" Bram said. Elijah's tone changed into a fierce one.

"Children. Children live so long under their parents. They do nothing for anyone, nothing to benefit the world. They mean nothing to anyone till they become adults.

"They have to sit, sit down all day long and meditate on the Elder. They sit until the Elder is impressed with them. If they pass that test, they enter his court. And there they entertain Him."

"They have to dance with the ones who left this Earth. Those not in this realm of ours."

It was as if Bram's brain refused to act any more. He could not think of anything else except what his ears just caught.

Even if he ever got out of this place, this memory would always haunt him, it would always follow him, whenever he would go to the cemetery....

They have to dance with dead people, their skeletons.

Elijah continued, "Anne has served Him since she was a child. Everyone here has served since they were children. I chose this path and here I stand proud. I was a stupid boy like you.

I am still grateful to Anne because she was the one who showed me this path. I was also afraid of Him. He...."

"Did I not tell you? To make the Elder happy, to impress him so that He showers His grace on us. He gives us boons." His voice was now earnest.

"He brands us. Nothing is more important to us than him"

Elijah took off his shoe and revealed his feet. There was a long bloody scar there.

"We all have it, Bram. The thing is that it is not a question. Children should serve the Elder. They should strive to please the Elder."

"Elijah, this is madness. Do you not see? You are hurting yourselves. Who is this Elder?"

"If I tell you will call him by disrespectful names that you people call Him by. But the truth is, He is all. We pray to Him here, in His house.

Samuel was the last one on whom the Elder showered His grace. But he was a traitor, he betrayed us. He ran away. It was for him whom I came looking in your school.

That was when we found you, a loner with no one who would take you seriously. Break your shackles and contribute in this noble cause.

Bram Cape, prove your usefulness to Him!" He thundered with the last sentence.

Bram had been thinking over it since he had got here.

It is actually my uncle's. He gifted it to me just a few months back on my birthday. My mother scolded him badly for it, said he was spoiling me.

"Anne, she is your mother. She did this to you. I know they did not hurt you but they told you such things that.... Elijah, you are mad. You have lost your mind. I have heard of it.

A disorder in which one person having delusions passes it on to another person close to them. You have been told this since you were a kid. There is not any Elder, this is all your imagination.

It has been going on for too long. It has spread too much. You were trying to convince me into it too by trying to scare me, make me a part of your group.

That strong smell of mixed sandalwood and rose. It played with my head. It made me believe there was some man chasing us but there was not. That is why you people never get caught.

You give some drugs to people which makes them hallucinate. This Elder is a fragment of your imagination. These scars, no one is responsible for them. You do this to yourselves.

You are your own leaders. You are a cult."

Everyone was quiet. All their eyes were fixed upon him. A waiter appeared in front of him and thrust a glass in Bram's hand. The glass had that same strange mixed smell of sandalwood and rose.

He was giving it to everyone in the room.

"Oh, Sammy, did it not take long to prank you!" Elijah said as he dipped his hand in the glass that he was holding and ran his hand over his face "Siblings, let the true ritual begin now.

" And all across his face, there was blood.

The lights went out and there were only screams that came that night from the Prayer House.