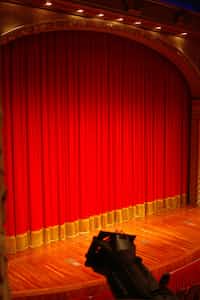 _terra_ woah woah woah
Autoplay OFF   •   a month ago
Transcript Use Images
When we are on stage, it owns us...............
feelings 15-min-of-famestagepublic speakinginequalityfearfameconfidence

There I was standing in front of about 1000 people. All of them clapped when my name was announced and now that I am on the stage holding the mike, they all staring at me, wanting me to say something.

At first I was nervous, I felt nauseous, as if I was shivering. But from this point there was no turning back.

I started, “What if every man in this room is not a man but a woman, and every woman is not a woman but a man?” Everyone was giving confused glances. Even the teachers were taken aback for a few seconds.

I realized I took a long pause. Then I started again, “Good morning, my name is Urvi. I think you realized why I am here. Yes I am here to talk about you and me and our roles in society.”

Now everyone looked interested. I felt like I can create a big difference. I spoke all I could remember and all felt.

The whole 15 minutes, for me, were like heaven as if I was going to create a big change. Then I ended with a “Thank you.”

The whole auditorium was filled with clapping sound, even the guests, the principal and the teachers also clapped.

My happiness knew no bound, not only that I received claps but I thought that I am someone who matters and I was able to strike the feelings of people.

Not only as much I got, theirs was more, very much more than me. Now I was no one, just part of the crowd. This is how my fame faded.

That day I learned that the fame, I thought was mine actually belonged to the stage.