Commaful
THE MYSTERIES OF LIFE 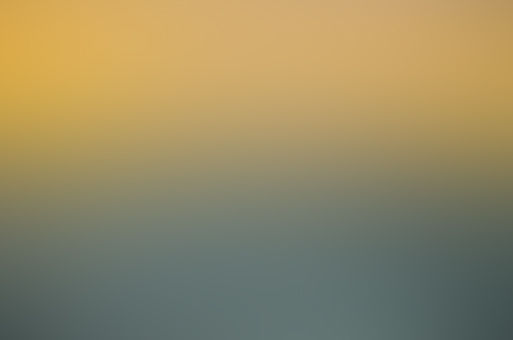 767 Community member
Autoplay OFF   •   a year ago
Transcript Use Images
Once upon a time, in a far away magical land lived a young soldier named Jack Orlando Olsenne, he lived in a Kingdom called the Land of Terror. Jack is a 14 year old boy who lived with his family in the royal palace with his 6 siblings and both parents.
fiction lmv

THE MYSTERIES OF LIFE

Once upon a time, in a far away magical land lived a young soldier named Jack Orlando Olsenne, he lived in a Kingdom called the Land of Terror.

Jack is a 14 year old boy who lived with his family in the royal palace with his 6 siblings and both parents.

Both the eldest and the youngest one, who was just 4 years old at the time.

The family did not understand why they had to become soldiers without going through the right procedures, they felt confused, angry and terrified.

And did not wish to become soldiers, but in fear for their life's and the one's of their family they were obligated to obey the king's orders.

After being forcefully dragged to the royal palace, the Olsenne's were put through hard and intense training, they were forced to learn every required skill a soldier needs : Marshal art,

They worked from 4am to 6pm with an 1 hour break every day, it was the same routine for all the Olsenne's no exception.

But by working harder than everyone else at the palace, within a year and a half,

the Olsenne's had managed to become quite popular and the best family soldiers that the kingdom of Terror had to offer.

After 3 years and a half the family were no longer asking questions to why the king ordered them to become soldiers, since they were just starting to get used to this new life.

Earlier in the morning, Jack was invited to a meeting with the king, after his morning exercise routine, he got all cleaned up then went straight to see the king.

King : " That's correct, tell me young man do you know why you were asked to come here today? ."

Jack : " No your excellency, I was not given any information to why an important person such as yourself would want anything to do with me, your majesty ".

King : So young, so respectful, I like it but young man there's no need to be so modest after all you and your family are the best of the best in the kingdom ".

Jack : " Your majesty, thank you for these kind words, however I do not believe we deserve it, we still have a long way to go before reaching your level of accomplishments.

After all it's been only 4 years since we arrived to the retton... I mean royal palace !"

Having this conversation with the King made the young man fell into deep thoughts,

he started thinking about the terrible things him and his family went through when they first arrived to the royal palace.

Having these thoughts made him felt uneasy, sad and angry , Jack started to feel all of those negative feeling he once felt back then.

The ones he tried so desperately to keep on locked for a long time, were marking their way up to the surface, but then it all vanishes when the King interrupted him in his deep thoughts.

King : " Jack! Jack, hey Jack are you still among the livings ?

Snapping out of his thoughts, which seemed to be a living nightmare, Jack realized that he was still in the presents of the King and Queen,

being a little embarrassed by his lack of professionalism the young man got down kneeling on one knee and quickly began to apologize.

Jack : " Your majesties, please forgive my insolence, it was not in my intention to disrespect you."

King : " Jack, it's ok there's no need to apologize, it's understandable that some of you still need some time to fully adjust to this life. Like you said it's only been 4 years."

King : " Now stand up young man, let's start discussing the reason to why you were asked to come here".

King : " Tell me Jack have you heard about the situation of our neighboring kingdom?"

I've heard a rumour that they lost the last heir to the throne but I can't confirm just yet whether or not if this information is true, since it did not came from a reliable source".

King : " I can assure you this information is very mush true, and now they are currently on the search for a new heir to replace their last one. "

Jack : " But your majesty, wouldn't it be impossible to find someone new for the throne after losing the last heir?

After all, for one to be a royal they''ll need to have royal blood and they just lost the very last one".

King : " I'm afraid the answer to that question is still unclear to me,

but I've heard that the royal counsel has already put in place a solution to find a new heir to the throne but as the King of Terror, I simply can't allow that to happen".

King : "A kingdom with no ruler is quite a vulnerable one, and that's why we must strike while the iron is still hot.".

Jack : " Your majesty, are you planning on launching a war on the Fairy Land".

Jack : " My king, was the war the reason why you

called me here today? Would you like me to lead your royal army?".(asked the young man with enthusiasm).

Jack was happy to hear that they were going to war against one of the most strongest kingdom in the world.

He was excited to finally get the chance to put all of his hard work of training over these passed few years to the test. But all of that enthusiasm dropped when he heard the King said......

King : " Young man, you will not be participating in the war".

Jack : " Your majesty, with all due respect I don't

understand why would you ask to see me if it is not to take part in the war, knowing that I could be of good use to you and our kingdom ".

Before replying to the young man the King looked at Jack closely then took a deep breath, the King knows how much the young man likes being on the battlefield and how terrifying he gets.

Once on the field, he destroys everything in his path without hesitation and don't stop until he's fully satisfied, which almost never happens and sometimes leads with him attacking his comrades.

King : " Jack, my young one of a kind naive and

irreplaceable Jack, you will not be participating in the war because I have a very important mission for you.

One that requires all of your talented skills,

I want you to hunt down the person responsible of finding the new heir to the throne for the Fairy Land and dispose of them before they could find them".

The King could tell that Jack was not very happy

with this situation and would much rather be on the battlefield with the other soldiers.

But he could not disobey the King's orders, so he had no other choice but to obey and do as he were told to do.

King : " This is a very important mission that will

determine our kingdom future, do you understand

what I am asking you to do young man?".

Trying to hide his disapproval to this situation he took a moment to calm down his nerves before answering the King. But the King could tell that he was upset cause his face gave it all away.

Jack : " Yes your majesty, I understand, I'll do what it takes to see this mission through in order to secure your success on the battlefield."

With that said and done, Jack was thanked by the King for his collaboration and was now free to leave.

Once he arrived back home,

the young man was thinking about what just happened and could not believe that he was about to miss out on a once in a lifetime opportunity to go all out on a battlefield.

All because he was asked to neutralize and dispose of the one responsible to finding the heir next in line for the throne.

According to the King this is a very important mission that will determine the kingdom future. But little did he know this mission was about to give his life a whole new beginning.