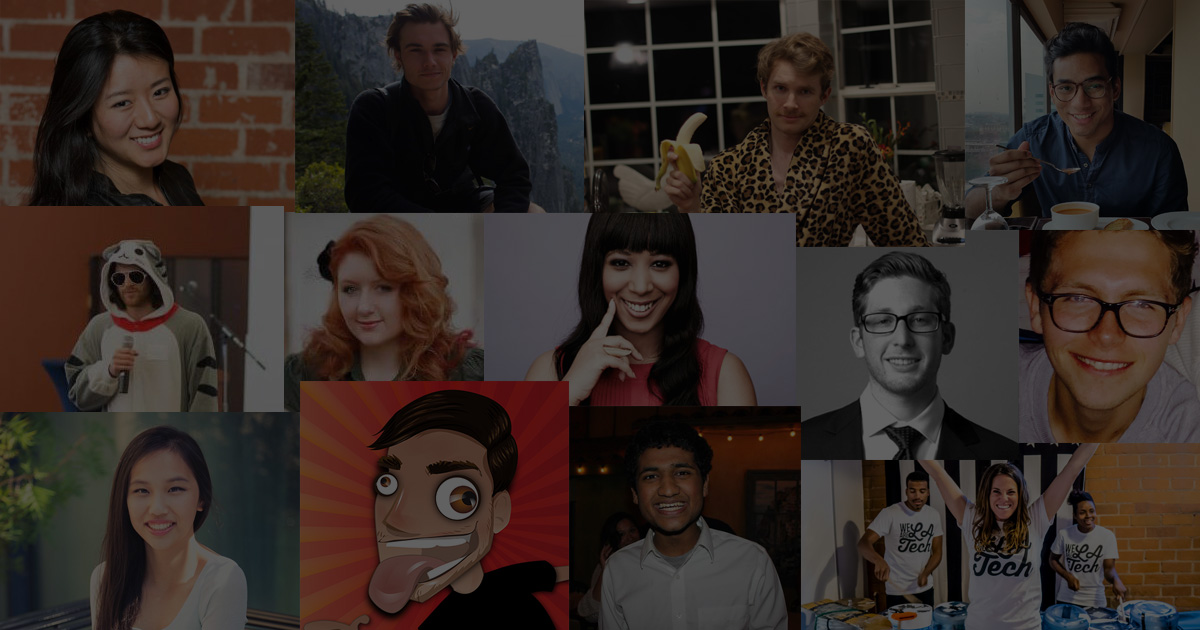 Nanxi Liu: "I can't believe I work this hard to be this poor."

Harry Stebbings: "Anything in life worth doing is worth over doing, moderation is for cowards."

Justin Brezhnev: "They say cats have 9 lives, but I hustle like I only have 1."

Jack Smith: "Keep hustling. Find the rules of whatever game you're playing, then bend/break them as much as you can get away with."

Siouxsie Downs: "We all die. The goal isn't to live forever, the goal is to create something that does." -Chuck Palahniuk

Espree Devora: "Your Intuition is your Oracle"

Waiz Rahim: “Fall In love with a problem, not a solution” - various

Justin Boogaard: "The Japanese word 'ikigai' means 'reason for being'. It is the intersection of what you love, what the world needs, what you're good at, and what you can be paid for. "

Sequoia Blodgett: "When making a decision, base it out of love. It always wins over fear."

Brian Friedman: "My life is longer because of the journeys I have taken. Repetition doesn't create memories. New experiences do."

Erik Torenberg: "you're the average of the 5 people you spend your most time with"

CEO of Enplug, the leading open software for businesses to show social media & content on digital displays. She is also the co-founder of a biotech company, a concert pianist, & a beauty queen

Founder and Host of TheTwentyMinuteVC, a podcast where he interviews today's most successful & inspiring venture capitalists, delving inside the funding game in just 20 minutes.

Executive Director and Co-Founder of Hacker Fund, which is a nonprofit dedicated to inspiring kids to believe that they will hack...because #YouOnlyLiveOnesie.

Jack is a Serial Entrepreneur & Startup Adviser. Working with some great companies, such as Vungle, Coin and Survios.

I am a nuclear engineer, author, 2 Billion Under 20 contributor, roller derby girl, and humanitarian engineer. I want to do more than I talk about and never outlive my usefulness. Sxds.io

Espree Devora, creator of WeAreLATech, entrepreneur & podcaster known as “the Girl who Gets it Done”. Connect with her via Twitter espreedevora and/or LinkedIn https://www.linkedin.com/in/espree

Waiz is an engineering student at USC who loves building products. He is the founder of Bangladesh’s first crowdfunding platform and has raised over $1m via kickstarter.

Justin has started a variety of ideas in Los Angeles, which he tells his parents are getting him closer and closer to his ikigai. He'll know he's found it once he can shop at Whole Foods.

Sequoia is the founder of 7AM, a personal development, education platform that keeps users accountable.

Founding Team at Producthunt. Previously Rapt.fm & QueensBridge Ventures. I like to read, write, and ask questions. Trying to be kind with a thousand-year heart.