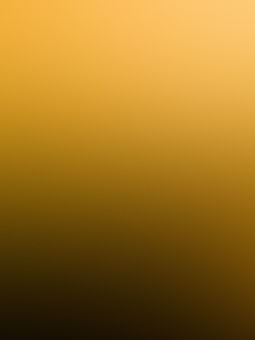 Percy looks very interested in continuing his interrogation until Piper steps in.

“Settle down, Perce, look at his boy: he doesn’t know what he is doing. I’m guessing he’s Venus’ son, because the Greeks don’t forget about each other.”

“How has he not been killed?”

“My name is Paul Jenkins! I am 17 years of age and I play the cello! Okay, not many people know that about me!” I start laughing.

He must think we are trying to kill him and is trying to make us see him as innocent.

“Neat trick,” I say, “But, we aren’t going to hurt you. I was going to help you not get you and a bunch of other people killed, but it’s on you."

Maybe he’s so bad that no one wants him,” I add, volunteering the possibility to my friends. Jason cracks up, but Piper frowns.

Percy wraps his hand around mine. “We don’t have time for this, guys! Annabeth, we think some demigods like Octavian are trying to purposely out us. To take credit for the things they do, maybe.

Before anyone can make a decision, James struts by. “Hey, Annabeth,” he draws, “We must have had some sort of miscommunication because it was pretty good for a while.”

I thought Percy was going to go crazy, I know his hand is on his riptide, but just then Leo comes up.

Brushing off his hands, he reads what is going on. “Listen, buddy, you don’t know who you’re messing with. Hands off of Annabeth, got it?”

“Uh, Leo,” Percy interjects, “Your hair is kind of on fire.

"A son of Hephaestus this short may not be threatening at first glance, but you don’t mess with a guy whose hand is on fire in front of your face.

“Darn it!” Leo jumps back, annoyed, “This keeps happening.” He pats himself down and manages to quell the flames.

James tries to back away, “Sorry, didn’t realize the new girl was from a gang of freaks.” Having been behind him, I stick my foot out and he falls back against the grass.

Frank helps me out, “She’d probably just say to kill the misogynistic bastard and be done with it.” The poor boy shrinks back in terror.

Piper swats Frank, “For someone who doesn’t want to be like his father, you sure seem to like to start a fight.”

Hazel seems to pop up out of thin air and is instantly by his side. “Whoa, watch it, it’s not like having Venus as a mom doesn’t bring baggage to the table.”

“Focus, people!” I practically have them standing at attention. “We are going to attract too much attention. Did someone say a car? How many does it seat?”

“Only five,” Leo mumbles, “If they had given me a minute, I could’ve gotten us another one.”

And now we are adding a stolen car to our list. “Okay, Piper will drive Percy, Leo, James, and I.” I ignore the confused boy’s protests and continue,

"The rest of you boys can find your own way there. We meet up at The Kelp’s Park because it is always a ghost town.

Sorry, not that kind,” I add when Nico’s head pops up. The team mutters in agreement, everyone starting in their direction when Frank shifts into a bird right there. “Dude!” Jason cries. I swear Frank shrugs.

“Great. Now who is bringing, James?”

Paul and James try to make a run for it at the same time.

Jason adds some lightning to the scene while my boyfriend- man it feels good to be sure of that again- adds some shifting in the earth.

“Oh my gods, stop being so dramatic,” I chide.

Percy finds my hand and wraps his fingers in mine, “Yeah, I can kill you and make it look like an accident.”

I glare at him. “Not helping, Seaweed-Brain.”

But, he breaks into such I smile that I stop at ask him why. “No one has called me that in a long time.”

“One hundred and seventeen days, to be exact. Don’t worry I wrote you letters every day.”

“Yep,” he leans in close, “sounds about right, Wise-Girl.” And he kisses me. And this time, it isn’t just a dream.

The End [unless there is more?]