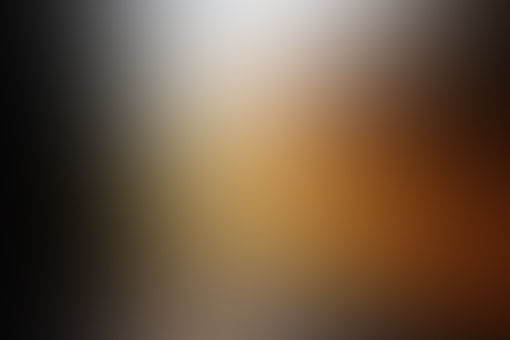 13th 26 - No labels - F - Steak is life.
Autoplay OFF   •   a month ago
Transcript Use Images
Current sypnosis; Fir and Jun are at the storage area and as Jun is about to do her job; Fir starts to get a little frisking with her. His hands were firmly cupping my breasts,
romance maturemxfsmutfantasysexeroticworkcolleagues

Current sypnosis; Fir and Jun are at the storage area and as Jun is about to do her job; Fir starts to get a little frisking with her.

His hands were firmly cupping my breasts,

I could feel his body heat rising because his body was pressed against mine - My heart was thumping hard and fast; it felt like it was going to just bust out my chest anytime soon.

I was compelled but I'm not even sure what feeling that resided within me,

I brought my own hands up and placed it over his - with that he started squeezing and groping me; juggling my breasts as if it was dough.

let alone here; we are on duty" I said, keeping my voice low - sure,

both of us were at a area where there might be people coming through but this storage space is vast and the odds of someone coming to us is 1 out of 10.

Fir started to chuckle behind me, he didn't stop playing with me instead it got more intense. "Then why are your hands over mine... I know you want me.

I've seen the way you look at me and I've been wanting you for a while and it looks like this wasn't a mistake.

" Fir said slyly - I could feel myself fluster,

I was heating up fast and he wasn't doing too much a damage to me yet - but I was sensitive to his touch and it was only going to get worse from now.

I couldn't say anything after what he had just said, so I kept quiet.

Fir expertly moved his hands down my body - grabbing my white shirt by the sides and yanking it up because we had to tuck in our uniforms.

The storage area was pretty cold; I could feel the cold air hitting my bare skin as he slowly lifted my shirt up; all the way to my chest - just up my breasts.

I'm not a very slim, I was a little on the chubby side and I was downright insecure about myself and now I had this man trying to get me naked - it was surreal and I was blushing mad.

With a swift pull,

he brought my top off me and tossed it aside and then without wasting time - his hands carefully undid my bra - one by one he unclasped the hooks; the more looser my breasts felt.

Fir totally unclasped it and I watched as it fell off my arms; which I shrugged it off onto the floor near my shirt. I still couldn't face him eye to eye yet - so I remained in that position.

I could hear some ruffling from where he was - it seemed like he was placing his own stuff down onto the floor.

I turned my neck a little to see what he was doing and by then he had already took off his own top; in my sight Fir was just a shilloute, but I could make out his burly figure.

Knowing my shoes will get in the way of things; I kicked them off but kept my socks on and he pretty much followed suit.

Fir got up and pulled me up with him as we headed deeper into the darkness - our clothes and bags sprawled out in the open.

At the far back there was a door that was locked; Fir just made sure no one could come through that side and since there was no lighting, there was a pretty good chance no one will walk through.

Fir was leaning on his back; against that door - I was looking away at that moment; a little worried someone might come from the open end of this place - I was instantly pulled back onto him,

landing with a light thud against his body - I let out a slight gasp of surprise. Fir now had his hands cupping my breasts again - this time it hit different.

He was groping my bare breasts - his fingers occasionally grazing my hardened nipples, it was like a small boy playing with something squishy.

I could hear him breathing hard and I also could tell he was pretty hard, his budge was poking against my back.

I was lost in a myriad of thoughts - was this really happening; well yes, his hands are on my tits. But he pushed all those thoughts into the depths of my mind replacing it with subtle pleasure.

Fir started to be a little bit more aggressive now with the teasing - He leaned into my neck and started peppering them with kisses and lavish licks.

I couldn't help but moan softly; one of my weaker points was my neck and Fir eventually realized this was one of my more sensitive spots.

I was slowly getting drunk of the pleasure - Fir kept at it; attacking my neck like there was no tomorrow - I could feel myself getting moist below; and him groping me was just adding into

Fir removed one of his hands away from my breasts and slowly he rubbed it down from my stomach all the way down to my own crotch - knowing inch by inch where he was going; the more wetter I got.

Fir had his fingers caressing my womanhood over my pants. I felt like I could go insane; the pleasure was too much.

He rubbed me off over my pants, then he whispered into my ears - his warm breathe tickling my earlobes. "You are so fucking wet." He said, giving me a little chuckle.

I couldn't reply, I was just so sunk in - I've never felt like this before.

He was hellbent in doing whatever he was going to do to me and I was just going to sit and recieve it like a slut I am - atleast a slut for him.

After a good while of him massaging my little cat over clothing,

he pulled his hand up and immediately slid it into my pants - his fingers pushed my panties aside and without any mercy he started vigrously rubbing my wet, sensitive clit.

It all happened within seconds and I wasn't prepared for the sheer tsunami of estacsy.

The moment he started rubbing me off, i started resisting him - trying to close my legs so it won't feel so good but of course he wasn't going to let that happen. "Oh no you don't.

" He said with a laugh as he wrapped his legs around mine and forced both legs apart. "Fir, no please. I won't be able to handle it.

" My words were cut short and by then he had my legs apart and I couldn't escape his torture - Fir decided to punish me by trying to resist him; he was going at a normal pace before but now

" is all I could say as the pleasure engulfed me whole - I tried to place my hand over his to stop him but I realized I wasn't gripping that hard.

this point - even with my pants still on, you could pretty much hear the squelching - I didn't realize but I was starting to drool.

I didn't need to see his face but I'm sure he was smirking with upmost satisfaction.

Fir turned me around and was about to probably lay me down on the floor but I wasn't going to have it; since he made me feel so good I thought it would be a good idea that I did the same for

along with his boxers. Not even going to lie but his cock outright slapped me in the face - it seemed like he had a slightly longer the average size; and he packed a good amount of grith.

I cupped my hands around his shaft as I slowly, teasingly infact started to jerk him off.

Hello guys, thank you for read - please leave a like and follow me so that you can catch up with the upcoming chapters - slightly longer one for today and y'all deserve something hot.

;) Enjoy, Next chapter will be in two days time.