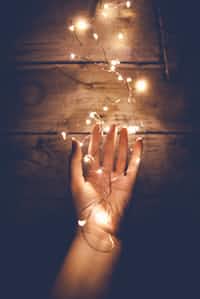 011eggos 🔥Child of Hephaestus. Watch out Percy🔥
Autoplay OFF   •   10 days ago
Transcript Use Images
A story about this friend I had.
feelings friendsfakemystorymy story

I'm actually going to talk about this. It's really hard to.

Three years ago, I moved to Wisconsin. I met a girl named Alice. She was pretty nice. She loved talking about her younger sisters, and was pretty funny. She could be lewd at times, but that was okay with me cause I wanted to stay her friend.

That was the biggest mistake I've ever made.

She started growing cold. Mean, judging me about my fashion choices. That she knew better. I listened to her, changing every aspect, every little thing about my personality until she had been satisfied.

My friend Gred came into the picture, and I was really happy that the two of them got along. One day, I completely ignored them cause they didn't talk to me. I'm usually the shy kid who needs to have a talk with themselves before they can ask for the bathroom pass. Alice made me change everything about this.

I was done. Part of me wanted to continue being her friend, and the other half wanting to end everything with her. I said I didn't want to be friends with her one day, thinking she'd be like "Okay." and then toughing it out like she taught me.

That wasn't the case.

In this war, I was fighting alone. The entire class took her side. I cried alone, but not really meaning it. I wasn't gonna cry over something this stupid. The next day, I told her I wanted to continue being friends, and that it was a bad day. She said yes, and I continued being possessed by her.

I felt like a voodoo doll. Every word I said had to be by her expectations. I started silently fighting back. Her saying things like "Your clothes aren't that cool." I brushed off. I guess she noticed that, cause then, she started judging my weight.

I didn't care until she started saying this to Gred. I won't say things about Gred cause they are very personal.

I was furious. Outraged. We then started playing a Harry Potter game that was really weird, and also VERY lewd. Like, Weird sounds... you get what I mean.

I once said "hey, can we make it less weird?" Hoping it'd be okay with her. The next day, this conversation happened: "Hey, How about we make a fighting scene?" "I-" "Awesome! Okay, Moony'll be the person who's being beat up."

I never agreed to this. That night, Bruises covered my arms and legs, and I felt worthless. Like I'd just fallen into a pit of water that no matter how hard I tried to swim up, I kept going back down.

Obviously, Gred had nothing to do with the physical abuse, or the verbal.

Alice started talking about how her younger sister was murdered, and how her dad killed someone. Yes, literally using her father as an excuse. She also said really weird things about Finn Wolfhard, who's one of my favorite actors. (Other than Noah Shnapp cause yes.)

She told us she was moving, and I was so relieved. Then, this happened.

Me and Gred were hanging out, just vibing while we were waiting for Alice. Alice was hanging out with the girls we hated the most. In the words of our group, the Marauders, The "Hee Hee Squad." We were annoyed that she didn't talk to us for two days straight, so we tried to get her attention.

She screamed at us, then went back to them. At that moment, I knew. She was never my friend. She would never be my friend.

She moved, thankfully. And The Marauders are vibing. But, she still lingers in my mind. Daily.

I felt like the 'Body' by Jordan Suaste emulated my feelings towards her. Not the entire song, just song lyrics. Such as:

I just wanted to share my story, because she is an asshole. or