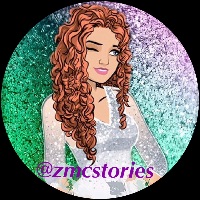 The first time I saw him was when he was laughing with someone over a pint. He wasn't saving the world, or cradling a puppy. He was just a man who was enjoying the end of the week.

The pub was crowded for the first time in weeks. People were laughing, talking over each other, spilling drinks. Just being human I guess.

Already slightly buzzed at this point, with my new-found confidence, I made my way up to the bar aiming to stand next to him. Nothing too obvious, just so he could smell my perfume.

And so I made my way through the crowd to be next to him, and ordered my standard drink. I managed to sneak a few glances here and there but nothing that would be too obvious.

But then his friend went to the loo. And there was an empty seat. "Mind if I sit down?" I whispered into his ear. He nodded, and touched the small of my back as I once again made my way forward.

As I sat down I had a look at him. His blue eyes were open and gentle as he took in my appearance. His face was a little flushed from the alcohol but no one could deny that he looked good.

We started to make generic conversation. Where do you come from? What's your job? But as we moved ourselves in touching distance of each other, there was no denying that we only wanted one thing.

He grabbed my hand and took me outside. I laughed out of surprise, where was he taking me? We launched ourselves into the cool air and I had to take a moment to deal with the drop in temperature.

Now it was just us, in the dark night. And yet as he looked at me I felt safe. Like he would never harm me.

He started to walk me home, knowing that I was only 5 minutes away. We both started to slow down as the house became closer. We didn't want this night to end.

As we were only steps away from my door, I stopped walking. "Is everything alright?" he asked. I squeezed his hand and bit my lip in response. I knew what I wanted to say, but how could I say it?

He turned me around and pushed me against the wall. I think he knew in hindsight. He looked at me for what felt like an eternity.

And then we kissed.

We kissed like it was the last kiss we would ever have. Rough and passionate from the build up of sexual tension, and yet his lips were soft and caring.

After what felt like an eternity, he kissed me on the forehead. I giggled, my breath unable to form the words that my heart wanted to say.

But my body knew what it wanted. So I took his hand and led him away from my house.

The night was still young after all.