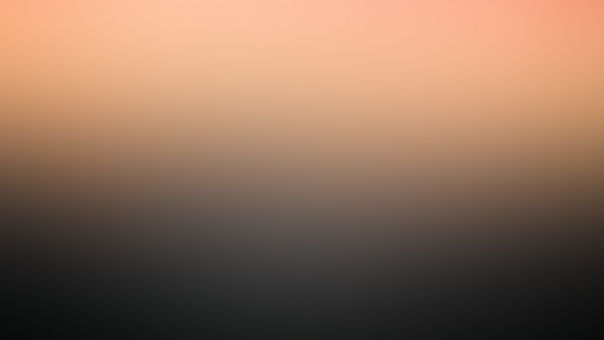 zir0 Community member
Autoplay OFF   •   2 years ago
Transcript
​Fire. That was my first and last memory I had of my mother. The heavy smoke, the blazing color and the screaming pain of my mother as she cried and pleaded for her innocence. Her figure can be outlined through the fire as I watched, observing it consuming and taking away the only person that I had known to love and accept me.
fiction magicfantasywitch

​Fire. That was my first and last memory I had of my mother. The heavy smoke, the blazing color and the screaming pain of my mother as she cried and pleaded for her innocence.

Her figure can be outlined through the fire as I watched, observing it consuming and taking away the only person that I had known to love and accept me.

Light, shining through the split of the blinds, hits my eyes. It was still dawn at St. Michael Church and silence filled the church as people were still sound asleep.

It's been 10 years since that incident and ever night, I recall those memories. After my mother’s death, I ran away from home, fearing I was next.

I ran through the dark, cold night and the next thing I knew, I was awoken by a soft nudge from Mother Mary who found me outside, sleeping on the marble steps of the church entrance.

Mother Mary was a tall, skinny woman in her mid-forties and she wore the casual black and white tunic that seemed too large with a wood carved pendant around her wrist.

At the age of 19, she convinced the head priests to open up the church as an orphanage for children who were lost.

She was like a mother to everyone in the church, giving them a home and a warmth that a lot have either never experienced or have forgotten.

Slowly and carefully, I forced myself to sit up, eyes still shut and too tired to open.

While my eyes adjust to the surrounding, I quickly changed from my nightgown to my daily clothes, opened my room door and walked down the long, stone hallway.

The cold, smooth floor was like a waking call as my naked foot send a chilling shock up my spine. I felt more awake and refreshed and my vision started to clear.

I carefully walked down the wood spiral stair, taking a step at a time; preventing any unsounding noise that could awaken the other children. Along the wall hung many framed photo.

Some were group photos of nuns and priest which they come together every year to take.

Some were photos of the head priest and nuns standing together with other renowned individual or magic school headmasters. Some were with agers who had left the church.

Agers were adults that had lived at St. Mary and left the church when they turned 18.

Majority of the pictures were pictures of old nuns or priests standing next to knights or graduated magician that had once lived at St. Michael. St.

Michael was renowned to miraculously raise prodigies or talented individuals.

Out of all the photos, my favorite was the family photos, where Mother Mary and other caretakers would stand in the center as children and “agers” swarm and surround them.

I reached the last step and I stepped into the dining hall.

Slowly, I walked to the windows and drew open the blinds that hid the color stained glass; each displaying a story of famous knights, wizard, kings, and heroes.

I moved on, through the kitchen and opened the back door that led to the back alley. As I opened the door, cool breezes gusted in and I could see my breath escaping my mouth.

It was mid-December, streets and roads were covered with thick layers of snow.

Stacks of freshly delivered crates of milk, logs, and parchments sat quietly next to the door with a thin sheet of snow on top of it.

Carefully, I brushed off the snow and slowly carried the items back into the kitchen.

After that was done, I neatly lined the wood up against the kitchen wall so they could dry and be ready the next day. I took the wood that was prepared yesterday and tossed them into the stove.

Gently blowing and feeding the sparks, the stove came to life in an instance.

I was in the middle of preparing the stove and finally decided what I should prepare for breakfast when I heard a voice from behind.

I spun around. “Hey, Alice!” Picking up the little girl that crept up behind me and hugged her. “Did you sleep well last night?”

“Yep! I dreamt that I got a unicorn for Christmas. And it could talk!”

Alice joined the orphanage 7 years ago when she was just an infant. I found her on the church step as I was returning from a nearby market running some errands.

She was so small and innocent, not knowing who her original parents were. Now, she had grown up to be a beautiful young girl, with silky blond hair, smooth, pale skin, and a sea blue eyes.

“Well, you have been good this year.’’ Carefully putting her down. "Keep it up and Saint Nicholas will just do that for you.” Tapping her on the nose.

She delightfully nodded. “So. What datcha making?”, pointing to the stove and the cutting board that I had just put out.

“I felt like making some sunny side eggs and seasoned bacon. Wanna help?”

After helping her get on a stool, we got to work. It took us a while but soon, kids started stumbling down the stair and wish to help.

With their help setting up the table, it took us half an hour and by the time we finished, the chime of the morning bell from the church tower echoed throughout.

Soon, the hallway was filled with kids and nuns that has come down to enjoyed their breakfast. The last person to walk down was Mother Mary.

She scanned the room and delightfully looked at me and Alice and spoke with a calm voice, “You know you don’t have to do all of this every morning.”

“Don’t worry Mother Mary. This was nothing.”

“May the God bless you. And you as well, Alice. Come, let's go join your brothers and sisters.”

Alice and I found an open seat between Sophia and Jeral and sat down. Mother Mary walked to her seat among the other nuns in front of the hall and as soon as she sat down, the hall fell silent.

We did our morning prayer and after the prayer, the hall became lively as we ate and laughed. It was nice and I, once again, sitting with my brothers and sisters, found myself at home.

I felt a sharp pain in the back of my head and black. My breathing was very short and I was gasping for air. When I woke up, I was facing the ground, soot all over my face.

My muscle sore and bruises all over. Painfully and putting all my strength into my arms, I slowly lifted my head and looked around.

My sight was hazy but I could still distinguish my surrounding. Houses and stores that once stood on the side of the old stone road were gone. Fire.

Fire was everywhere and as my eyes began adjusting to the darkness and the flickering light, my heart stopped.

The town was in ruins and the once bustling street was now concealed in debris, soots and rubbles.

Directly in front of me, where the beautiful, tall, white marble church had once stood, had now fallen. With all my strength, I got up to my knees and slowly limped toward the church.

As I was about to take the first step, I froze. From the distance, on the uppermost step, laid a shadowed figure. A stream of scarlet fluid trickled down the steps.

Quickly and painfully, I sprinted up the flight of stairs. When I reach the top, I noticed that the figure was a corpse and it was missing its lower half.

Disgusted and horrified, I quickly jerked my head away. Scanning from the corner of my eyes, the body was neither Alice nor Mother’s. It was Davik's.

His once smooth skin and uneven freckles were now covered in soot and blood. From the peripheral of my eyes, I saw more of my brothers and sisters, lying lifeless on the cold marble steps.

My blood started to run, my heart pounding and my mind racing faster than I have ever experienced before.

Suddenly, the memory of my mother started to flash before my eyes and I was on a verge of collapsing, but the thought of Mother Mary and Alice kept me from falling.

I mustered what I have left of my courage and marched through the church hall, stepping over debris.

Inside, what had once been a beautiful roof was a hole with a ring of fire and the smooth marble floor was rough and covered in soot and debris. As I looked around, I froze.

Bodies of my brother and sisters laid waste on the ground. Some were burned and charred. Some missing parts of their body. At that instance, I bend over and hurled.

Then, something from ahead of me caught my attention.

In front of me, under the statue of Angel Grace, were two burnt corpses; a woman and a young child, embracing each other.

As I trod closer, I noticed the woman had a wooden bead on her right hand and strings of silk, blonde hair on the child. My knees gave in as I kneel before the corpses.

Tears started to pour from my eyes as I stared.

I punched myself in the face, hoping to wake up from this dreadful nightmare. Nothing happened.

“My. My. I didn’t know there was still insect crawling.”

My head quickly shot up and sitting where the statue of Saint Michael had once stood was a woman. She was dressed in all black and her eyes were color of dark scarlet red.

How? What did she mean by ‘there was’?

As she brushed her long black hair through her finger, I caught a glimpse of a tattoo on her left palm. A witch crest. My heart tightens and burned.

The woman, still playing with her hair, glanced at me through the corners of her eyes. “And why should I answer?”

Her attitude fueled my anger and she knew. She felt it. “Milyn. Scarlet witch Milyn. And who are you may I ask.”