Commaful
Trapped in a World of Her Cruelty 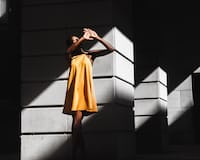 yoplaityogurt Alone Together
Autoplay OFF   •   3 years ago
Transcript
One thing I've learned about life is that you've got to be smart about who you surround yourself with.
poetry cruelty cruelty poems

Trapped in a World of Her Cruelty

But she was there.

I didn’t want to be alone To be that weird awkward kid That people picked on.

But little did I know I did. I became the weird kid that people would pick on.

Because I became friends with her.

She would tell me I was fat That she was a hundred times better Than me.

That I was useless And that nobody wanted me.

And I believed her.

But I stayed No matter what she said or did to me.

Because she was the only one there.

And now about a year later, I’ve learned that that was the biggest mistake of my life.

Because I could’ve helped myself And looked around At these unfamiliar faces.

A hall filled with So many different races.

People that were just like me. If only I could see When I was trapped inside A world of her cruelty.