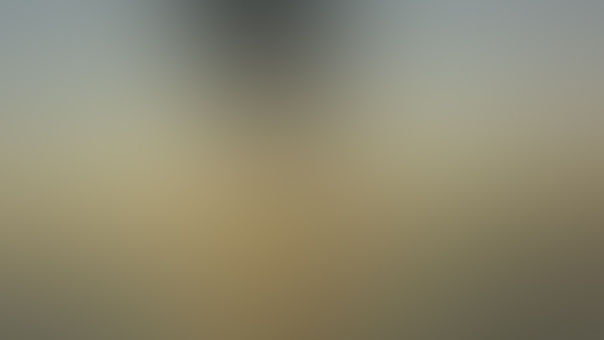 xynus Community member
Autoplay OFF   •   2 months ago
Transcript
She fell on her knees as her eyes kept themselves wide open to the horrific scene in front of her. Blood poured from the open wound that decorated the chest of her eldest brother as he was kept upright by the thick ropes that bound his wrists together above his head.
fiction romancefictionwerewolveswitchessorcery

She fell on her knees as her eyes kept themselves wide open to the horrific scene in front of her.

Blood poured from the open wound that decorated the chest of her eldest brother as he was kept upright by the thick ropes that bound his wrists together above his head.

Behind her, her mother cried in agony, yanked back by the gold armoured knights that surrounded them.

"Oh, but it is not, princess." A dark, ominous chuckled called from in front of her. His long, platinum blond hair tied in a high ponytail swished to the side as he turned to face her.

In one hand, a silver dagger, soaked in the blood of a dragon of a thousand years of age, and the other, a cloth he used to wipe her brother's blood with. "This is the real world you are facing.

Maybe your father shouldn't have denied my request. If that were the case, things would go as smoothly as I planned."

"Traitor!" Her father, King Yaravis Seyfert, bellowed from where he knelt. His arms bound behind him and a guard holding a sword to his neck.

"Traitor to all of Seyfert! How could you do such a thing?"

"You know why, uncle." The man, Elijah, said with a roll of his eyes. "You could have just signed the parchment. Sign and be done with it.

Then, you could have peacefully been King of this realm and lived your life,

passed the throne to our little princess Asther"--he pointed the tip of the blade to the direction of the shocked girl,

who still stared at her brother who was gasping for air--"and all will be well."

"No. Your plan was filled with nothing but malice. Many of my men were to die if I were to follow your plan."

"This world is becoming overpopulated, anyway. It was going to be a win-win."

"Kingdoms will have torn each other apart, the treaty would be broken, all of the underworlds would have broken loose, and Seyfert would be in the middle of it.

Your intention was pouring out clear as day the moment I touched that piece of parchment. Do not underestimate the power of the Head Family."

Elijah tsked in annoyance and threw the blade tip first, towards Kai, the eldest prince, and hit him right below the centre where his ribs met.

"Kai!" Asther screamed as she pushed herself up, gunning for her blood spluttering brother.

The chains around her wrists and ankles chimed a piece of dreadful music as she placed her hands around the blade and began to pour some of her power out through her palms.

"Don't--" Kai coughed, pleading to his little sister. "You'll hurt yourself." And she knew that.

"I don't care!" Asther sobbed, her hands glowing ever so slightly. "I don't care. I need you with me. Please.

" She whimpered as the muscles on her forearms began to throb from exhausting herself in using magic.

"Well, this is pathetic," Elijah noted as they watched Asther's poor attempt at saving the life of her brother.

"Listen," The prince whispered, barely audible. "Break your chains. Get out of here. Meet up with Iskall and Draco at the Shire. I'll take care of things here."

Asther shook her head, still sobbing and pushing for her charm to work on the very slowly healing wound of Kai. "Asther, listen to me. Look--look at me, Asther.

Asther sobbed and shook her head. "No. No, no, no. I'm not leaving you, or mother or father here to--"

"Hey," Kai said, this time a little softer and with a lighter tone. "You're talking to the Kingdom's most unpredictable joker. I have some things up my sleeve."

"Go. Use all that you can to break your chains and transport yourself to the Shire."

Asther raised her now bloodied hands up to cup Kai's cheeks, pressing her forehead against him, an action that they used to express their unceasing love for the other.

"Finally giving up, princess?" Elijah chuckled. He nodded to his men wrapped in gold and they tugged her back, making her fall on her behind and the air knocked out of her lungs.

Asther exhaled strongly and tried to take in some air, but the effect of the impact was preventing her from doing so. Tears were welling at her eyes when she finally managed to gasp in some air.

"Asther!" Queen Kida cried, leaning towards her but was held back by the guard.

With a howl of agony, Kai pulled against the ropes with all his might until he broke free before pulling the cursed dagger from his abdomen.

Elijah stepped back in shock before turning his head towards his men and yelling an order to kill the prince.

With a flick of his wrist, Kai shot the blade into the gap of one of the men's chest plate and helmet, stabbing into his throat and out his nape until its movement was stopped by the hilt.

The man gurgled a scream and slowly began to melt into rotting flesh that peeled off his bones. Dragon's blood can help injure royalty, but it is very deadly to others.

"Asther!" Kai yelled before he lunged at a guard and twisted his neck, making a sickening sound of breaking, before the man slackened.

Just before Asther could even blink, an elongated sword cut through her brother's stomach from the back. His body was pushed forward, lifeless, and behind him, Elijah.

"That's enough ruckus out of you." He spat, glaring at the corpse.

Yaravis, who managed to knock back the guards holding him and his wife back, grabbed his youngest, and only daughter, and made her face him.

Dressed in plain cotton clothes covered in grime and blood, he did not look like a king. He did, however, looked like a father willing to defend his princess against the cruelty of the world.

"I know, my darling, I know." Yaravis pressed his forehead against Asther's before giving it a loving kiss before he gripped her shoulders tight and held her eyes. "Listen to me, Asther.

Do what your brother told you to do. Iskall and Draco will fill you in on everything."

"Stay safe, my love," Kida whispered, pulling Asther into a tight embrace before pressing her forehead against her daughter's and kissing her on both cheeks. "I love you.

And just like that, Asther was in the middle of the Serpentine Forest.

To her right, where the castle was built, an explosion erupted, blowing boulders into the air and to the village surrounding it.

All the while, Asther could do nothing but cry out at the loss of her parents and brother.