Commaful
I Fell In Love With A Fuckboy 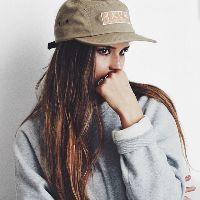 I Fell In Love With A Fuckboy

So here's how it goes:

When a boy plays you right under your nose.

You learn the ins and outs and now I know, a fuckboy's cons outweigh his pros.

He will say all of the right things.

He'll convince you 'you're his queen' so that you treat him like a king.

Each time he touches you, you'll feel like you have wings, But you'll only fly as high as he'll let you -

You're on his puppet strings.

It will be the glory days! Swooning over everything he says!

When he loses his charm, you're sure it's just a phase.

You begin to think about leaving, but you're eluded by his ways.

So you end up staying.

Soon, you're more concerned with what he's doing,

than what he's saying.

What game are you playing?

Your love is a knot, and the ends are fraying.

Yet again, you stop.

but from a Fuckboy, you learn a lot.

Stop convincing yourself otherwise, He's not different from the other guys

Once he gets between your thighs,

His honesty disappears before your eyes.

You learn his secrets and what makes him tick,

but you never learn about the other chick.

You're disgusted with yourself, but it is he who makes you sick.

You're crying on your bathroom floor,

he's asking for a chance once more.

You let him through your open door,

For he doesn't want love, he wants war.

you had plans with him at six.

He calls up and says, "sorry babe",

You begin to realize,

he's got his endless bag of tricks.

his story and his posts conflict.

When you question him, he'll lie through his teeth.

you're sure, you look for relief.

you can't help but notice he's a little brief:

for swearing up and down you stole his heart like a thief.

So you believe him, over and over until a light comes on.

They say the sky is darkest before the dawn.

So you pick yourself up and say, "come on"

The boy who you swore was right for you,

You write sonnets that scream his name,

Check his profile and only feel pain.

And find another girl whose story sounds... the same.

It takes you time to get over a Fuckboy.

For Fuck Boys play with your heart like a toy.

He had your heart, and your world, he destroyed.

So you begin to give others your heart, only it's a decoy.

Take the time to reconcile,

whether it be soon or take a while.

A Fuck Boy is no good,

But, you'll learn other ways to keep a smile.

You'll learn the qualities of

And learn to run away as fast as you can.

But continue to love with passion, not with sin.

Because in the end,