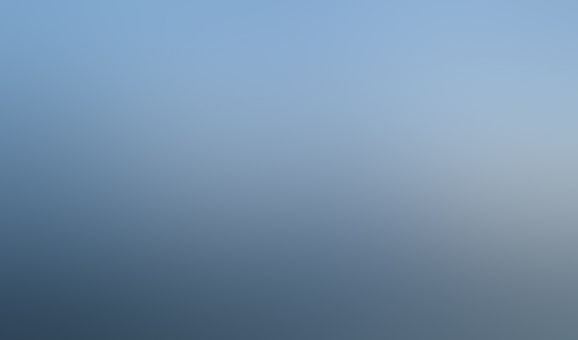 xlaceyxl Community member
Autoplay OFF   •   a month ago
Transcript
An inner monologue of thoughts to try and sum up the mad year that 2020 has been, so far.
thoughts 2020pandemicisolationthoughts

You've heard that before right?

Well I'll start by saying this definitely isn't a Charles Dickens novel but instead an abundance of inner monologues that I have had and am still having during this best yet worst time.

Let me set the scene; it's the year 2020, that was when it really started. The global pandemic like nothing I've ever seen in my lifetime or probably ever will again.

Well there's a bit of confusion as to the virus being man-made, from eating a bat I believe, which honestly I could believe as much as you shouldn't be able.

Or the version that this was made by Mother Earth herself, maybe not to cause the inhumane death numbers but to show is how fragile life is,

how important our people are and how precious our planet is.

With majority of planes grounded, holidays cancelled, meetings and get togethers of any kind being a finable offence,

our planet has probably had the best few months of rehabilitation it's had since humans and technology evolved to what it is today.

The numbers have been excruciatingly painful and to watch them get higher and higher and even now as we are watching them come down,

somehow seeing a number in the four hundreds is suddenly something to be glad about because it's not double that like it was just weeks ago.

But that's still hundreds of parents, siblings, children, grandparents, friends who were suffering, scared and alone.

Meaning that hundreds of families are losing their people while they're scared, alone and now also suffering in a different way.

There are people all over the world that may have not been personally affected but are still also suffering with the loneliness and isolation that comes with quarantine,

able to speak to family and friends but through a screen or through a garden gate which may to some be enough but for others it makes the feelings of sadness even worse,

' I can see these people but I can't touch them or hug them or just sit next to them.'

But I did start this by eluding there would be good and bad in this story, starting with the good wouldn't have felt right because a lot has felt so dark and scary.

But there is some good to come from this terrifyingly terrible time.

And that is time itself, time to stay home, time to be with family, time to learn and importantly time to reflect and appreciate even the smallest things in life.

The things that are so easily taken for granted, the air you breathe, the sun you feel on your skin, and the thing we've missed so much, human touch,

the feel of someone's hand on your shoulder or the warmth of your favourite persons arms around you. We appreciate that now, and we long for it like nothing else.

We appreciate that life can be short and quick as well as long and fulfilled yet neither will ever feel like enough.

The nation has appreciated our ability to learn a new normal because it's for the greater good and not just our future but those that come after us also.

Some have used this time to focus on themselves and give that extra bit of time to learn a new skill,

follow a dream they wouldn't normally have time to even think about enough to call it a dream.

the present to make the most of the time we've got regardless of the circumstances just seize it while you can.

Some have drawn and painted countless pictures for every person out their on the front line to see that we are doing everything we can to protect them,

to preserve life and ultimately to support them in the ways we can from our homes.

Some haven't learnt a new skill, or cleaned the house from top to bottom, some have protected and supported by just staying home and that is just as justifiable as anything else,

we need, much like Mother Earth we also deserved a break.

So as much as I have said about people appreciating everything and putting themselves through the loneliness for the sake of the human race that doesn't mean that everyone has.

Understandably so some people moved into houses with family or friends to prevent their loneliness, some stayed living in their original arrangements and still followed the quarantine rules.

But on the other hand, there are few and even though I say few that's still few to many, that didn't listen to the rules or only listened when it suited them or what they wanted to do.

There were times when the beaches, fields and parks were filled with people,

which is obviously also understandable but in the world we're living in it wasn't ok.

But for some the rules were looked at as guidelines or suggestions rather then things they really had to live by to save lives.

Now the world may seem dark with business lights off and an economic hit looming but after every storm comes a rainbow and that rainbow is the hope that everyone is clinging onto so tight.

As June came around it started to look like we could see the light at the end of the never ending tunnel that was 2020,

with some businesses opening back up and some people feeling like a sense of normality was returning, the devastating death numbers started to fall.

Some sports were also returning, albeit with certain restrictions and procedures in place, England was really starting to get back to normal.

It was the spring of hope, it was the winter of despair.

Just when it felt like the world was coming together and beating the virus that had wiped out so many so ferociously, 2020 decided it wasn't quite done yet.

There became a war on humanity that has been around a lot longer than this virus, racial inequality and racism.

Even though it was seen that the UK wasn't innocent this was a movement that was started in the USA, after too many heinous,

horrific crimes committed against people of colour at the hands of police officers they had understandably had enough and something needed to be done.

With plenty of protests, both non violent and violent happening there voices were definitely being heard.

There was hope for humanity when people from all backgrounds stood together to try and make a change for good.

The aim of all of this was to get justice for a lot of innocent people and ultimately for people to not be put in boxes of what their race is but for everyone to be part of one, which we are,

the human race. At the end of day everyone is human and that is the most important thing, for people to be seen and treated as humans, as we should be.

This year isn't over yet, the virus is far from gone and racial inequality is far from over but already we have all learnt so much.

We have all had to make sacrifices and get used to a new normal very quickly to save and preserve life.

So as much as this year will go down in history for being a mad one it's also an incredibly important one. Maybe this is a year we needed, as strange as that may sound.

It has made us feel so many things, so scared, so uncomfortable, so raw and vulnerable.

But it's a year that has screamed to us so loudly to wake up to the precious thing we call life, with so many meanings, our planet, our families, our friends, ourselves are so precious.

A year that has encouraged, invited and forced change and forced us to work for change and be the change. The change that the world needs just as much as the literal planet itself.

Everyone has had to come together instead of pushing each other apart, without people coming together and being a world of unity we wouldn't have survived as we have so far.

We have all had to wake up from an ignorant slumber to truly see how fragile our humanity really is and we have been forced to grow and change forever.

2020 so far has been tragic and there's nothing that will dispute the unimaginable loss and injustice that has been endured by too many.

But 2020 may also be the most important one of all.