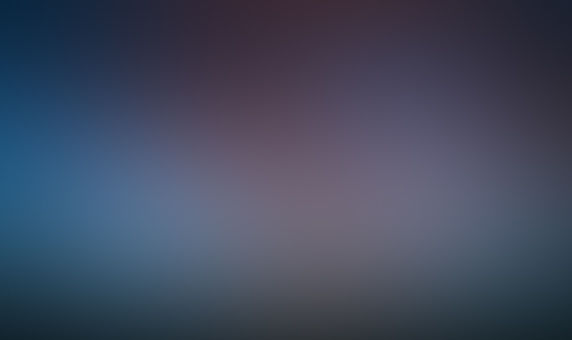 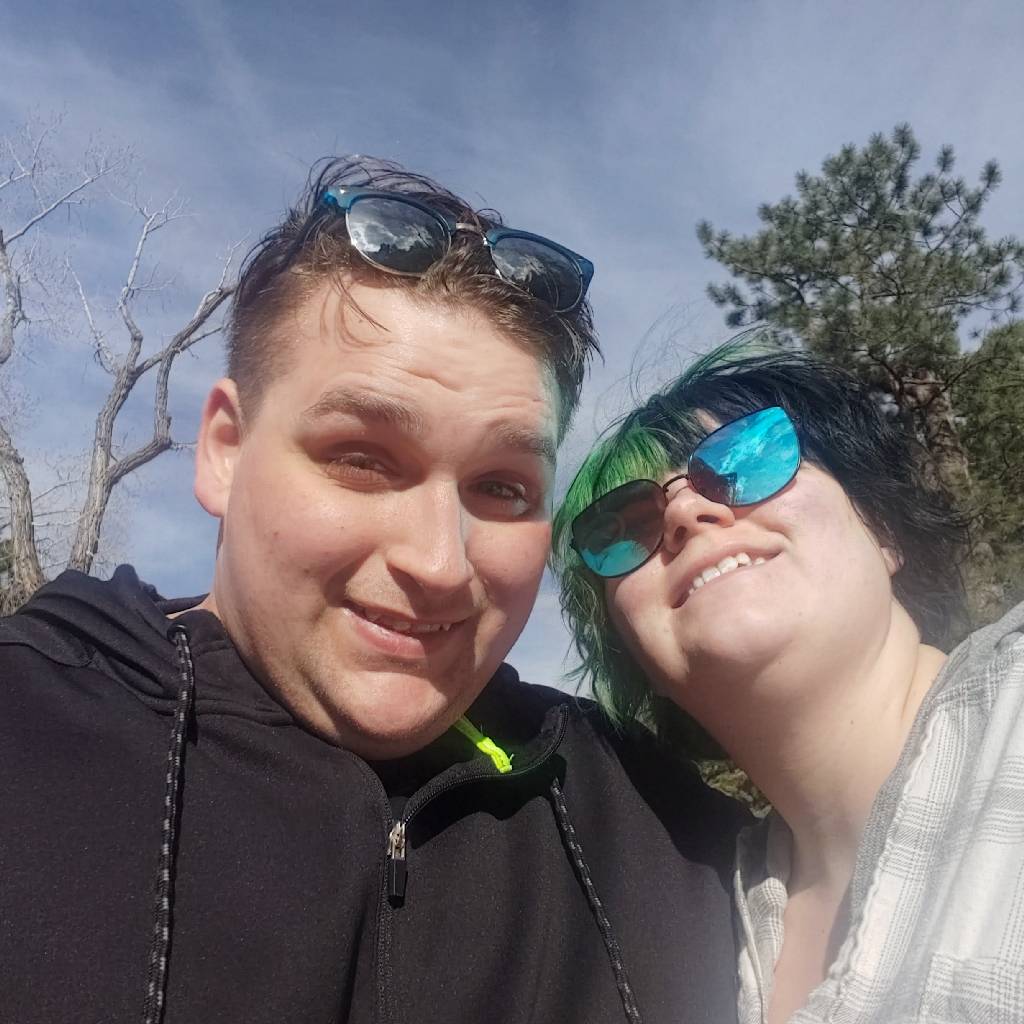 writtenasbaker More and more, I just want to create.
Autoplay OFF   •   2 months ago
Transcript
Read "Necessity" first for a fuller understanding. This is really part two of an otherworldly tale where nearly anything you can imagine can be replicated instantly.
fiction syfycrimedramasuspense

A short story by Brad Baker

"Becky?" The voice of her mother rocketed Becky out of her dream in a heartbeat. She got up and looked at her reflection in the mirror.

"Mirror, mirror, who's the hottest of them all?" She asked, smirking. She didn't expect a reply, for she already knew the answer by heart. Me.

Her dark red hair was tousled, sure, but there was ample time to fix it.

It was her senior year and she was (finally) learning about summoning. Her boyfriend had long since graduated and had taken work as a construction summoner.

There were limits, he'd told her, to summoning. One could not summon more than their physical mass in one hour. He explained that it kept waste low.

"Honey, you have a visitor!" This early? She cracked the door open slightly and told her mother, who was standing in the hall, that she would be down soon.

Becky dove through her closet for a cute outfit and came out with her favorite top, a black t-shirt with a large heart that changed color depending on her mood, and a soft pair of leggings.

She donned the outfit and watched, somehow still amazed, as the clothes shrunk to fit her snugly.

Becky heard glass shatter as her mom screamed. Oh, again? Her mom was so clumsy that sometimes it was embarrassing to be with her in public.

Despite all that, Becky was still surprised that her heart had gone from red to yellow. She'll probably have it all cleaned up when I get down there.

"Honey, watch your step coming in here!" Her mom called from the kitchen. Becky watched the heart revert to red as her mother spoke. "There's glass everywhere!"

Becky walked into the kitchen and saw only her mother on her knees scooping up the shattered coffee mug. "Where are they?"

"Whoever came to visit." Becky looked down at her mother with frustration plain in her voice. She didn't have to look at her shirt to know what color was showing now.

"You woke me up saying I had a visitor."

"Oh, yeah." Molly Winslet was just as forgetful as she was clumsy. Becky's dad liked to joke that her mom only barely scraped by her Qualification because of her good looks.

"So you lied to me?" Becky couldn't believe it. Her mom was clumsy and ditsy, but she never lied to her daughter.

Becky hazarded a glance down at her shirt and confirmed the lack of a heart whatsoever. It disappeared whenever she was angry. "Whatever, I have a bus to catch.

" Becky rushed out of the house so fast that she grabbed her dad's work bag by mistake, but didn't realize it until the bus was leaving her house.

Becky was relieved when she saw her best friend Sarah pop her head around the front seat of the bus.

"Would you stop that? There's no telling who else knows those old words." Sarah plopped down next to Becky.

"What is that god awful thing?" Sarah asked, pointing to the ugly gray bag between them.

"My dad's work bag." Becky begrudgingly informed. "I was blinded by rage."

"Rage?" Sarah said the word like it was foreign to her tongue. "You never get angry."

"My mom lied to me." Becky explained.

"She woke me up telling I had a visitor." Becky relayed, growing angry all over again. "It was just her, cleaning up a cup she'd dropped."

"Weird." Sarah admitted. "Not the broken cup thing, she does that all the time. So what's in the bag?"

"I don't fucking know." Becky said, using another new old word. "I was still pissed off at my mom until you got here. Let's look together."

"It's probably about a murder or something." The excitement in Sarah's eyes was plain. Sarah, he loves my mom, back the fuck off.

It was a secret to anyone but Becky herself that Sarah would run away with Becky's detective father if given the chance.

"It's probably boring documents about a guy that failed to show up for deletion duty." Becky sighed. I wish his job was that exciting.

As far as Becky knew, the most excitement her dad got was from her mom dropping shit everywhere.

"Look at this!" Sarah pulled out an object foreign to both girls. "I wonder what it is!" She handed it to Becky, who studied the wire frame closely.

It was definitely gold, that was certain. There were two... lenses, side by side, almost as if they...

Becky pulled the lenses closer, then finally over her eyes so that the middle fit perfectly over the bridge of her nose. "You look funny, and I don't know how...

" Sarah squinted to inspect her friend closer. "Yeah, you wouldn't believe it, but you actually look halfway intelligent now."

"Bitch." Becky said, laughing. Her heart had changed colors again and was now bright orange. "They feel weird. Here, you try them on.

" Becky held the lenses out, but Sarah tucked her hands into her lap and shook her head furiously.

"N-no..." Sarah begged, her face losing color by the second. "Your dad will get mad if he... I mean, it probably belongs to a murderer or something. We should put it back."

"Fuck that." Becky said, "I'm gonna wear them all day." Her resolve to do so, however, had diminished by the time she got to her first class.

She stopped at her locker and placed the lenses safely inside.

"Good morning class!" The teaching unit called. "Today we will start the lesson by reviewing what we learned about the downfall of humanity last week.

Can anyone tell me who founded New Earth?" Becky's hand shot straight into the air. "Yes, Miss Winslet?"

"Correct." The TU said, beaming robotic pride. "The idea came to him while he was quarantined during the Covid-19 crisis.

He'd long speculated that the virus problem would only get worse as humanity overpopulated his homeworld." The robot paused to let what it said sink in.

"So he financed an endeavor to find a new planet to colonize; a world that would provide everything needed for his people to survive humanity's eventual demise."

Becky raised her hand again, this time with a question. "What year is it now?"

The robot opened its mouth to reply, but froze in calculation. Finally, it spoke: "Time, as we discussed in previous lessons, is relative.

But we do know from counting the seconds that approximately 3,000 Earth years have come and gone since Earth 2, or New Earth, was founded.

" There was a hushed silence from the entire class as that sank in. Thousands of years since someone had played baseketball at the World Superbowl.

"Now let's move on to Ancient Artifacts, and the banning of weaponry in all its forms." Holy fuck! Becky thought, seeing her new lenses, The Seer's Spectacles, appear on the smart board.

"These glasses, or spectacles, were used to correct poor eyesight.

It is rumoured that they held other properties, but since there is no physical record of such things, we will leave them as myths for now.

" The robot flipped through other items: a bright red thing with a black and gold handle,

it had a mean looking spike protruding from under the handle; a bright white hooded cape that seemed to glow; and a pair of navy blue boots with silver trim on the sides.

"These items are banned and therefore cannot be replicated by any means. You are highly encouraged to turn in these items for deconstruction if found.

An item may not pose a threat, but always remember that Collectors seek these legendary items and are usually willing to do anything to get their hands on them."