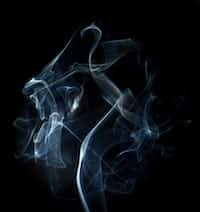 wondermelon i need to water my plants
Autoplay OFF   •   2 months ago
Transcript Use Images
I stopped by the farm market today and picked up a watermelon. I never expected it to replace me.
thriller melondailypromptshort storyshortstoryshortstoriesshort storieshorrorscifisci-fialiens

I stopped by the farm market and picked up a watermelon. Little did I know, this watermelon was not just any melon. It was seedless of course, but there was something more to it.

When I got home, I began preparing for the barbeque we had planned, after all it was the 4th of July!!

We had burgers, brats, fireworks, drinks and smores ready to go for the 20 or so people that were invited.

I was beginning to prep the fruit and veggie platter; cutting up strawberries and melons, taking grapes off the vines, and arranging it beautifully on my circular platter like rays of the sun.

I grabbed the watermelon I bought today and started cutting into it. It was tougher than a normal watermelon, the rind seeming to have an fibrous layer in it.

As the knife slid through it, I could feel resistance, like something was inside. My gut was telling me that something was off, but I shoved the feeling aside and continued cutting.

As the melon halves fell away from each other, I gasped in disbelief.

Inside was a small black ball that had been cut cleanly in half by my knife, but I barely had time to observe it because each half of the ball started writhing around on my table,

changing shapes so rapidly it was difficult to see them.

Suddenly they both halted. At that moment they just looked like long wisps of black smoke on the table.

I could feel the panic rising in my throat, choking me.

Don't get me wrong I love snakes, but these things were not like normal snakes. They were just black whisps of smoke, curling around and continuously moving.

Before I even had time to blink one shot at my ankle and sunk its teeth in. Somehow it only felt like a gentle pinch from a friend.

My muscles began relaxing and I dropped my knife on my foot, feeling a warm trickle of blood on my toes.

Then I began to feel drowsy and fell onto the floor, staring at the space underneath the counter as my vision drifted away.

I woke up in a daze and looked around; thankfully I recognized where I was.

I was 10 miles away from my house, at the edge of the river near a little cabin that a nearby campsite used to store kayaks and canoes over the winter.

I tried to sit up but felt extremely light headed, almost like I was floating.

Looking down at my body I felt a wave of dread rush over me. I couldn't see my body, only the wisps of black smoke that I had seen coming out of the melon.

I tried to scream but all that came out was more wisps of black smoke. Then, in full panic mode now, I tried to stand up, but I could only float up like a strange cloud.

It felt like there were butterflies in my stomach - if I had a stomach left at all.

It felt so unnatural to float in the air but I simply had no choice. I had to see if my face was still there. I awkwardly floated over to the river and attempted to look down at my reflection.

But I wasn't in the reflection, only black wisps of smoke, hovering where I should be.

My mind began racing, the panic ramping up to an extreme level in my body. I guess I can't call it that anymore. I don't really have a body.

No matter what, I had to try to get back to my family. That was all I could think about right now.

My seven year old daughter coming home from staying at her friend's house over the weekend, my twelve year old son and my husband,

out for the day getting presents for my daughters upcoming birthday.

This all happened 2 day ago now.

My family or friends should have found me on the kitchen floor that day, but what they found when they came home was not me. At least I knew it wasn't me.

That day they found a hollowed out melon cut in half and a knife left carelessly on the floor, covered in blood. My body was lying there, but someone else was occupying it.

Or maybe something else, I don't know.

I do know I've been watching this imposter live in my body now for seven days. All I can do is float around, hoping someone will see my black wisps of smoke.

They do see me but they just wave me away, opening a window, or even worse: turning a fan on and forcing me out the window.

I worry for my family but even more for society. Today is the farm market again, and I follow the imposter there like I have followed it all week.

The imposter walks by all the beautiful produce, and picks up a piece of each type, inspecting it carefully before placing it back down.

It picked up a watermelon then went to set it back down, hesitating right before letting go. I could see a thin trail of smoke seeping into the produce from the imposter's thumb.