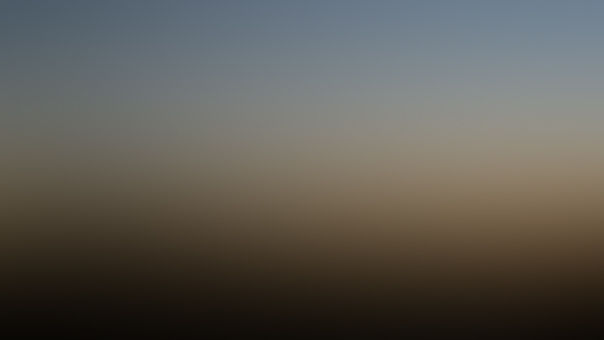 1. Ashton Frost has been up for nearly twenty-four hours. It's 8:00 a.m. and he's sitting in his car outside his apartment. The previous day had been good. Long, but good.

He'd been serving up greasy meals at the Celestial Diner since noon the previous day. And despite the exhaustion, his greatest fear is sleep. Those dreams of doing those things to those people.

And enjoying it. That's not who he is. It can't be.

He reluctantly gets out of his car and walks up the two flights of stairs to his unit.

He could make a cup of coffee to try to stay awake, but at this point, he's not sure that would even do the trick. He grabs his tablet and turns on the TV to the BBC.

Ashton, though that isn't his actual name, is American born and bred, but has always preferred foreign news services over the domestic ones. It's much more of the same, it seems.

The Doomsday Clock ticks one minute closer to midnight.

He opens up his tablet to check his e-mail. None. Also good. Last time, it took the reporters three weeks to track down his e-mail address and phone number. Today will mark six whole months.

He closes the tablet and looks around his neat but sparsely decorated apartment, wondering what to do next. He's so bored, but after all he's been through, maybe that isn't a bad thing.

Ashton has lived here in Celestine for about nine months.

He lives in an apartment complex within walking distance of the university, where he has an open invitation from the chair of the chemistry department to begin his doctoral studies in organic chemistry. Six months ago, he told himself that he would enroll in six months.

Now, he still thinks he needs another six to get his head in the right place. The university isn't going anywhere and Ashton actually likes working at the Celestial Diner.

In another life, he would have already had his Ph.D. by now.

Maybe he'd be working a postdoc fellowship or maybe the world of academia would have been so impressed with his graduate studies that he would have been offered a professorship right away.

But that was another life, not this one.

His eyes begin to close.

No, not yet. He knows he can't put sleep off forever, but he's not ready to fight that battle just yet. He walks down to the gym, and works out as hard as he can, for as long as he can.

Exercise is invigorating. Sometimes it can stave off sleep. But sometimes it just makes that warm and soft bed all the more inviting. This time is one of the latter.

Ashton doesn't even remember the walk back to his apartment, only how good the hot shower felt and plopping face first onto his bed.

Ashton stands over the old man, a fourteen-inch brisket slicer held to his throat. He should do this quickly, be done with it.

Hanging around and collecting souvenirs is exactly how Dad was caught. But there's something beautiful about the old man. His old, haggard face has seen so much. So much death. So much cruelty.

Ashton asks himself what he's doing in the home of Mr. Thompson, the old man who's one of the Celestial Diner's most frequent regulars. He asks himself how he got here. Then he chides himself.

Stupid question. He has a job to do. Mr. Thompson has lived a long, sad life and it's time for it to end.

The old man has taken to falling asleep on his couch with the television on as a lullaby. Ashton scans the living room.

It doesn't look like he's experienced much in the way of friendship or family. If he was ever married or had children, there's no evidence to be found of it here.

There are a few photographs of a younger Mr. Thompson. In one, he's squared-jawed and handsome, grimly looking into the camera for his official portrait with the Marine Corps.

In another, he's caught in mid-laugh with a friend to a joke lost to eternity.

Shock registers in some distant part of Ashton's mind, but he doesn't show it. "I'll make it quick," Ashton says.

He waits for Mr. Thompson to say something, anything. Though he is a killer, he's not a monster like his father was. He doesn't delight in prolonging the agony of his victims.

There's no fear or trepidation in his voice. He speaks as coolly and as plainly as he would to a cashier at a grocery store.

"I should think so," Ashton begins. "Or, if we don't, then there's eternal, dreamless sleep. No more nightmares. No more memories. And that would be just as good, right?"

The old man nods once, and closes his eyes. With a single motion Ashton drags the brisket slicer across his neck.

The cut is deep and there is no struggle. The old man spasms once, then the light vanishes from his eyes. He's off to another shot at life or eternal sleep. Whatever's next.

Ashton shrieks and throws the sheets covering him off his bed. He sprints toward the bathroom. He thinks he's going to vomit, but retains control of his guts.

He looks into the mirror and splashes cool water on his face. Then he sits down against the wall, breathing deeply, trying to let the panic wash over him instead of fighting it.

After a good ten minutes of this exercise, he gets up and walks into the kitchen. He will have that cup of coffee now. And though he hasn't looked at the time, it's dark outside.

He knows his shift will start soon, the old graveyard shift.

It's 3:13 a.m. and only a few patrons remain in the Celestial Diner.

There's a booth stuffed with about ten students, happily chatting about the events of the evening, and an old regular at the opposite end of the restaurant.

Ashton has never seen the kids before, but the old man has been here many times. Aside from that, the place is empty.

Despite what must be an exhausting schedule, there's always a smile on her face.

Ashton rises from the booth where he's been taking a short and much-needed break and walks over to the griddle.

He greases it and deftly grabs the ingredients from the refrigerator and tosses them onto the hot surface for a satisfying sizzle.

He knows his customers well. Even if Ashton hadn't seen him, he would have guessed that this is Mr. Thompson.

It's about his hour to come in for breakfast--or dinner--and it's definitely his order. He gazes to his right and regards the old man.

His hair is gray and frizzy and he's donning a baseball cap. It reads "Vietnam Veteran" and he's wearing a Dale Earnhardt t-shirt. This seems to be the extent of his wardrobe.

"No, not like last time," Shanice answers, and laughs.

Mr. Thompson doesn't say anything, he rarely does. But a smile tugs at one corner of his mouth.

Ashton finishes the Texas cheesesteak melt, onions, bacon crispy, with browns well done, peppered, scattered, and smothered, slaps them onto a plate, and hands them off to Shanice.

Shanice sets the plate before Mr. Thompson, and announces, "Made especially for our favorite regular!"

Emma Richards glances down at her watch. She's a little behind her seven-and-a-half minute target pace with a half-mile left to go. She picks up her step to a canter.

She can still make it but it's going to be close. This is her favorite part of the day--pushing herself as hard as she can to beat her previous time by a few seconds.

For these few minutes she doesn't have to think about how she's going to pay back her student loans after graduation or what she even wants to do with her life.

She doesn't have to think about her crazy mom or screwed up dad. Just for now, nothing else matters.

Several minutes later her finish line is in sight--the benches where the path splits to lead back to campus and to an apartment complex where many of the university's graduate students live.

Emma dashes toward the intersection and crosses it, her lungs burning for want of oxygen.

She bends down and rests her hands on her knees. Then she wipes the sweat from her brow and looks down at her watch. 46:27.12.

She won't be participating in the Olympics anytime soon, but she's proud of that seven-and-a-half minute pace. She grabs her phone, opens Spotify, and dials up her favorite Miley Cyrus anthem.

She claps her hands and begins a cool-down walk around the lake.

She's nasty; she's evil, she sings along, sweetly and lacking all the consternation of the source material. Emma pumps her fist in the air, still proud of her accomplishment.

A man sitting on a nearby bench looks up from his book, smiles, then continues reading. He's definitely cute, with his reading glasses and long-ish dark hair. Maybe...

No, he's a little old for Emma's taste. He's probably a TA and twenty-five or twenty-six years old. But wait, how old is Danny, that sketchy bartender that Kelly hooks up with? Like thirty? Ew, she's so gross.

You're cute, but not that cute, Emma thinks.

So Emma waves a little wave, smiles, and walks past the man. She likes to think he's checking her out though. Thinking something like, man, what I wouldn't give to be nineteen again.

She laughs a little as even now Emma can remember when thinking that nineteen was old.

And here she is, a sophomore at UG-Celestine, a little older than when she had such naive thoughts, but maybe not wiser.