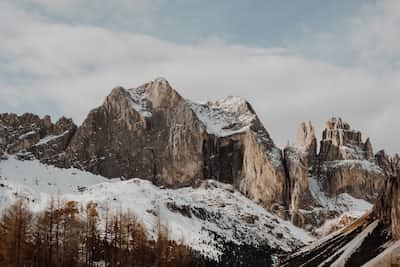 wiebogrobler Twitter: @WieboG Website: WieboG.com
Autoplay OFF   •   3 years ago
Transcript
On top of a hill surrounded by trees. Stood the castle of my melancholy liege...
poetry hopelovesorrowpoem

On top of a hill surrounded by trees. Stood the castle of my melancholy liege. His sorrowed cries would carry on the wind, to the forest below where birds would sing.

Trapped in his fortress of suffering. Lichen and moss cover walls once pristine. Proud banners in tatters drift in the air, naught hold them up but his utter despair.

A tiring game where the rules never change and the outcome always remains the same. In a banquet hall at a table set for two, he dines on his own in complete solitude.

When the burning beam fell blocking the door. He could hear her even above the fires roar. She grabbed his wrist despite all the heat, and whispered to him, “Be brave, my sweet.”

Dust and ash now covers the glitter of gold. Tapestries once bright have faded with mould. The imprints of her fingers are burnt into his skin. He held her hand tight and refused to give in.

A flood of tears could not quench the flames, as she breathed her last and he screamed in rage. For two decades he carried the pain in his heart. His life and soul had been ripped apart.

He closed the wing where his dreams died and built a shrine around his love divine. At dawn and dusk he’d make the climb, to tell her how he’d spent his borrowed time.

A serving girl who held her King dear was the only one the king would allow near. Once he retired she would spend some time. To tidy up and clean the queens’ shrine.

She planted a seed of the queens’ favourite flower, and as the plant grew, so did his power. Hope for the kingdom had been restored. The flower kept growing and so did their lord.

Many years later whilst all were a slumber. The King joined his queen no longer encumbered. Finally united they walked hand in hand. Together forever in the promised land.

They gently took the King to his tomb. The girl watched the procession from her room. No one knew of the small deed she’d done. Her simple act of kindness had saved more than one.

She brushed the tears from her cheeks. And planted a flower next to the queens’. For from a small seed, hope had sprung, For true love lost, but never gone.

And as the years passed and the castle fell. Travellers still visit the shrine of which I tell. And there you will find with stems entwined, a blue and red flower, forever entangled.