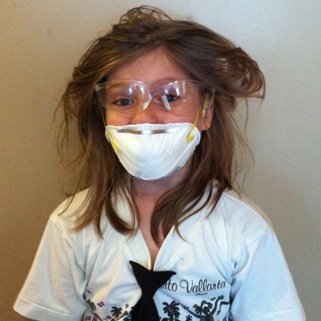 vivianmunnoch Community member
Autoplay OFF   •   2 years ago
Transcript
Mocha is still lost in the woods. The family searches for her. Will they find her?
thriller vivianmunnochthrillermadelaine & mocha

Madelaine walks by not far from Mocha’s hiding spot, calling the little dog; her father walking close behind. Madelaine thought she is so grown up, but she doesn’t feel very grown up right now. Right now she feels very small and helpless.

She looks around, peering into the dark, tears in her eyes and sorrow catching in her voice as she calls Mocha. Mocha can hear the tears in Madelaine’s voice.

The little dog trembles harder, wanting so badly to go running to the girl, tail wagging and tongue lolling and full of kisses. She wants to make her girl’s sadness and fear go away. But this feeling of something bad nearby keeps her in her hiding spot.

Mocha watches Clive take Madelaine’s hand. “Come on Madelaine, we will look again in the morning,” he says gently.

Madelaine turns her tear-streaked face to him. “We can’t stop,” she thinks, feeling like his words are meant to be cruel. “My puppy is lost somewhere in the dark woods. What if something bad happens to her? What if she’s hurt? What if something eats her by morning?”

Madelaine’s throat constricts with grief and fear for Mocha. “We can’t stop looking for Mocha,” she sobs, the words catching in her throat. “It’s dark and she’s all alone in the forest.”

Clive is not going to take “no” for an answer. “Madelaine,” he says, “it’s late, it is dark, and we won’t find anything in the dark. The dog will be fine. She will come back on her own.”

“But what if something happened to her?” Madelaine sobs. “She probably just chased a squirrel or rabbit or something. She will find her way back.”

Mocha watches Clive lead Madelaine away. Madelaine drags her feet, trying to make them walk as slowly as she can without being obvious about it.

“I’m not ready to give up searching for Mocha,” she thinks. “I don’t want to give up until we find her safe and sound. If we don’t…”

“If anything happened to Mocha, I will never be able to forgive myself, “Madelaine thinks miserably.

Clive turns and gives the woods behind them one last look. “The odds of finding the dog are stacked against us,” he thinks. “I do not want Madelaine to know this. It would break her heart.”

He feels the pain and loss emanating off the girl. If they don’t find the dog it would mean he failed her again.

“We need a miracle right now,” Clive thinks, wishing he is the kind of guy who believes in miracles. “We will find her in the morning,” he says again, trying to reassure Madelaine as he leads her away.

Mocha stays huddled under the bushes, shivering, and watching them go with sad expressive eyes.

Minutes later, Madelaine’s mother passes Mocha’s hiding spot with Madelaine’s younger sister Zoe. Zoe turns and looks back behind her, her mother pulling her on.

“I heard something,” Zoe thinks. She thinks she heard a rustle in the bushes, but isn’t sure. “We should check it out. But, I’m scared of the dark. I don’t want to go back and find out.”

“Come on Zoe,” her mother urges. “It’s getting late. Madelaine and your father are probably already back at the campsite by now.”

Mocha’s ears perk up and she stiffens. She pulls her lips back, showing sharp little teeth. She heard the rustle too. It’s the bad thing. She wants to run out barking and warn them, but she is too scared to move.

Zoe and Caroline keep walking, unaware that something is following them in the trees, heading back to their campsite.

Zoe looks back, regretting letting her fear silence her, but saying nothing. She walks a little closer to her mother, feeling the darkness pressing in around them like an aura of danger.

“I’m so sorry Mocha,” she thinks. “If that is you I heard. I’m so sorry I didn’t say anything and make us go back to look. But what if it wasn’t you? What if it’s a bear? I wish Dad is with us.”

They leave the path and the sky seems to open up, marginally brighter, with the trees pushed back to make room for the narrow road running through the campground. Gravel crunches softly under their feet, but it sounds loud in the quiet dark of night.

The family is camping in a busy campground located on the edge of a small town. Their closest camping neighbours are close enough to throw a stick at and hit from their campsite, if the trees were not in the way.

Just around the bend in the road and only four campsites away from theirs are the stinky old outhouses. It’s a bit of a hike to the big bathrooms, which are inside a large building that has flushing toilets, running water, and showers.

Mocha watches Madelaine’s mother and sister, Zoe, as they walk away, the distance between them growing. She trembles and a low whimper escapes her throat. Her eyes dart back and forth.

Urgency fills her and her whole body trembles with it.