Commaful
its been 8 months 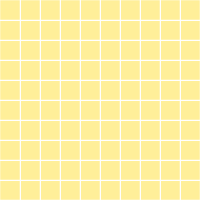 vertigo I write all my stories in less than 15 m
Autoplay OFF   •   3 years ago
Transcript
This is why I have been gone.
thoughts trigger warningself harmanorexiadepression funniest self harm storiessaddest trigger warning stories

Its been 8 months. Instead of loving myself I ate my fingernails.

Instead of speaking I took my arm and used a knife.

I watched the number on the scale dip down to seventy eight and I spent months away from home, putting my fingers in my ears until I was seeing stars instead of skin.

Instead of killing myself I was forced to go to the hospital. They put a tube up my nose and I ripped out my hair.

Things will get better or I will end. The world is made up of data streams and molecules and I want to disperse

I am told I am made of stars but no one will ever look at me with that much wonder.

I had my first kiss.

I had a poem published

I opened my eyes and I don't know if they're closing.