Commaful
A stressful day in the life of Shiro Part 1 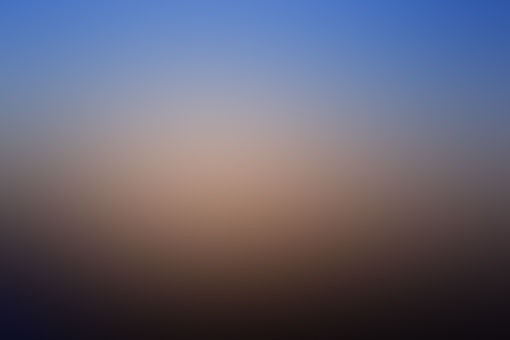 A stressful day in the life of Shiro Part 1

“Which Hunter is this?” Pure curiosity colored Lord Saladin's question.

He couldn’t help but wince as he witnessed a fellow Titan being slammed into the wall hard enough to leave impact fractures in the wall.

Then again, this is what happens when a Titan is going fast and someone or something uses their momentum against them, things break.

Whoever this was, they had talent that the younger Guardians did not posse. The question was, who was this Hunter and why had he never seen them before?

Silence met his question followed up by a sudden bout of cursing. Saladin turned to face the person cursing with a raised brow.

He had to admit, he was a bit curious as to who would make the Exo Hunter Shiro-4 swear so much.

Nothing had so much as phased the Exo, even during the Siva incident, he didn’t even break a sweat, so what was it about this Hunter that made him curse up a storm?

“Someone who really shouldn't be in any Crucible..... or Iron Banner matches for that matter,” Shiro respond with a few more muttered curses.

A few taps and clicks could be heard as he went through the roster on his tablet.

“What idiot convinced her to enter in a match?” He growled before groaning as a Warlock attempted to set the Hunter on fire before claiming a zone.

The Warlock suddenly stopped in midair, a knife embedded within their helmet could be seen. A dull thunk could be heard on the screens as the Warlock’s body hit the ground.

That was going to hurt to pull out upon revive.

“No, no, no, no, don’t engage her you, idiots!” Shiro yelled at the screens. Two more Guardian’s attempted to engage the Hunter. One fell before the Hunter’s shotgun the other....

the other the Hunter threw off the zone before blasting them with a hand cannon. For a second, Saladin thought he heard the Hunter laughing before directing the Alpha team to take zone C.

Usually the teams didn’t bother trying to work together unless they were clans of course. The fact that Alpha Team was even listening to one Guardian piqued his interest.

Shiro's ranting and yelling drew the attention of both Shaxx and The Drifter.

Shaxx had stopped his own personal tirade with Crucible matches to lean over from his area to see what all the ruckus was about.

The Drifter, on the other hand, had been on his way back over to his own area before Shiro’s yelling caught his attention.

Curious as to what was going on, The Drifter changed direction towards himself and Shiro. Saladin wasn’t entirely certain about the Drifter but that was a thought for another day.

“Shiro, I don’t believe I have ever heard you like this before,” Shaxx remarked as he went to drink his coffee.

He brought his focus unto the screen before spitting out his coffee at the carnage before him. “Which Hunter is this!? Shiro? I don’t believe I’ve seen them in Crucible.”

“For good reason.” Shiro bit out.”Shaxx…… you’ve…… met her. Pretty sure you were there for the last time Zavala yelled at her. Not that it did anything.

” He watched as Guardian after Guardian wasted their supers on the Lone Hunter while the rest of their team reclaimed the zones.

Both sides had gone died several times during the duration of the match but not this Hunter. This Hunter had taken several bullets and melees but not a single Guardian could drop them.

“She hasn’t used her super yet,” Shiro mumbled to himself.

“I know this has been asked but... Which Hunter is this? I haven’t seen that cape in Gambit myself.” The Drifter asked.

He leaned closer to the screen, absentmindedly stroking his chin, his brow furrowed in thought at trying to place the Hunter before him. “Although....

something about this one seems a little familiar.” He mumbled softly.

“Again for good reason. You think us Hunter’s are antisocial, well she makes the rest of us look like social butterflies.” Shiro sighed before turning to Saladin.

“I really hate to ask this but on the account that I personally know this Hunter, her skill set and the fact that the score for Alpha team is way up there,

I really think you should call the match. If not for me then for the safety of those idiots in there before she stops playing with them.

I've seen the carnage left in her wake before and it’s not pretty.”

Saladin looked at the score before doing a double take. He had been so engrossed with the match that he didn’t realize that the score had gone that far ahead.

“I think that would be for the best, considering that Bravo Team doesn’t look like they have a chance.” Clearing his throat, he opened the transmission feed to the opposing teams.

“I am calling this match. Alpha team wins.” All Guardians dropped to a standstill, some did their trademark dances or taunts while the Hunter eyed Bravo team.

The Hunter tilted their head slightly as if listening to someone. “Clear the field for the next match,” Saladin called while Shiro had his own personal transmission feed open.

That would explain the vexed Hunter on the monitor.

“Get your ass to Tower now! I want a full explanation for this!” Shiro growled venom dripping from every word.

Shaxx and the Drifter both were attempting to calm the Exo down before he blew a circuit. Even Zavala was starting to look at the three of them funny from his area.

Before Saladin could ask why Shiro was so angry, a loud commotion on the monitor drew their attention.

While they had been paying attention to Shiro, one of the Titans on Bravo team was beginning to lose their temper.

Both teams by this time were attempting to stop the Titan from advancing on the Strange Hunter now walking away from both teams.

Shaxx leaned forward to snatch the mic away from Saladin. “That’s enough Titan! Don’t make me come down there! Clear the area for the next Iron Banner match!” He shouted.

Both teams looked around nervously, no one wanted to face Shaxx in a match that was just pure crazy no Guardian wanted to touch.

More shouting from the Titan commenced as he ignored the angry Titan to advance upon the Hunter. Wisely, the Hunter kept walking back to zone A for transmat.

“LEXIE BEHIND YOU!!!” Shiro screamed as the Titan let loose a furious roar to charge at the Hunter.

After that several things happened; Shaxx threatening to tear apart the Titan, Drifter swearing a colorful streak, Zavala running over from his post to see what the issue was,

Shiro yelling at the Hunter to run, Guardian’s on the field attempting to stop a furious Titan but the Hunter, the Hunter was a different story.

Turning towards to oncoming Titan unleashing his Fist of Havoc, a purple light erupted into existence.

Pulling the purple light back with both hands, they unleashed a volley of arrows at the oncoming Titan. Tendrils of pulsing void grabbed the Titan, forcing him to drop out of his attack.

He roared out of frustration while struggling to break free from the void then a single crack sounded dropping the Titan to the ground.

A single shot had been fired from the Hunter’s hand cannon. No one moved both on and off the field. No one made a single sound except the Hunter.

She kept her hand cannon cocked and ready. A moment later, the Titan’s Ghost appeared. Aiming her weapon at the Ghost, shouts could be heard from both teams. Dread filled Shiro at the sight.

He knew that recently, his friend had been acting strange since the death of Cayde-6. Usually, she came into the tower to hand over the reports. Reports that no one wanted on the record.

The things she saw were the true nightmares. He didn’t want to believe that his friend had fallen into darkness. He couldn’t bear the thought of hunting down his best friend like a rabid animal.

In his mechanical heart, he knew that her death would affect him in ways he couldn’t even begin to fathom. His own Ghost floated beside him next to Shaxx and Saladin’s own Ghost.

Each of them kept glancing at the other nervously before looking back at the screen.

Truthfully, he had never seen any Ghost behave this way, it made him wonder what his friend had gotten herself into.