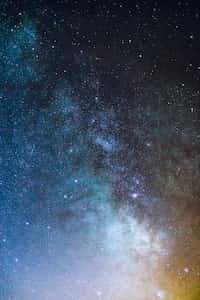 I sighed as I heard my mom calling me. It was prom night, and my mom sounded more excited than I felt. Prom night was meant to be special, but I doubted it would be for me. I did not even want to go. But I had to. It was all about appearances. I had to go, and pretend I was having a good time even if I hated every moment...
fanfiction jessicastanleyedwardcullentwilightmoviebookfanfictionfan fictionromance edward cullen fanfiction

"Jessica." I jumped, being drawn out of my thoughts so suddenly. "Oh, I...Sorry, I was just thinking about, um...Well, it doesn't matter," I replied.

Edward stood up and offered me his hand. "Would you care to dance?"

"Yeah, I'd like that," I set down my cup and took hold of his hand. We walked over to the dance floor, weaving our way through other couples to a less crowded area.

A new song started playing, the soft strains of a familiar melody. It was my parents song, the John Lennon song they danced to on their wedding night.

I thought how horribly awkward it would be for Edward and I to dance to a song called Oh My Love but before I could make up a reasonable excuse to get out of it Edward had pulled me firmly against him. One of his hands was clasping my own, and the other was resting at the small of my back.

I was so embarrassed, I could barely stand to look at him and my skin tingled from his touch. I managed to get through the dance, which mainly consisted of swaying back and forth gently.

Which was just about all I could do, my movements were stiff to say the least. It was wrong, all wrong. One dance, and I was weak in his arms. It was pathetic.

I hated myself for my reaction, but I vowed to pull myself together. It would not be good if Edward knew how much I was affected by being in his presence.

When I got to the girls bathroom I sighed, seeing my reflection in one of the cracked mirrors that hung over the sinks. As I pressed my hand up against the cool glass, I stared hard at myself. I knew I was not a nice person sometimes but there was some good in me, deep down inside.

I retouched my lip-gloss before I left, then went back to the gym.

When the dance did end, I muttered something about having to go freshen up and quickly made my escape.

Glancing around I tried to find Edward, even standing on my tiptoes to look over the crowd of dancing students but it was in vain. He was nowhere to be seen.

I did see his sisters standing in a corner having a discussion. They both looked stunning in their dresses but then they always did look like models coming straight out of a photo-shoot.

Rosalie scowled when she saw me look in their direction but Alice beamed at me like we were best friends although we barely ever spoke to each other.

The entire Cullen family was strange, but not in a bad way. I felt ashamed of how I had described them to Bella when she asked about them.

I had been spiteful, mostly because at the time I had resented Edward. When the Cullens had first arrived in Forks I had asked him out and his rejection had made me angry.

I cringed when I thought back on it. I should never have done it. Yet the past was the past. I could not change it now.

I felt a tap on my shoulder. When I turned I saw nobody.

"So here you are." Edward was suddenly there, right in front of me and it was a shock.

His golden eyes twinkled with amusement. "What?"

"Just appear from the shadows like a freaking ninja or something..."

Edward grinned. "If I told you, you wouldn't believe me," He paused, seeming thoughtful. "Let's get out of here. I'll take you somewhere else...."

"Alright..." I agreed. He took hold of my hand and we left the gym together. It was strange being at school, so late at night. The hallways were dark and practically empty.

I wondered where Edward was taking me, as he drove out of Forks and onto a trail I had never been on before in my life. When Edward finally stopped the car I had no idea where we were.

The moonlight was the only light visible in the darkness of the cold night. And it shone onto a beautiful meadow full of flowers.

Edward took my hand and led me over to a small clearing, where he sat down and I sat down next to him. He took off his jacket and draped it around my shoulders, which I thought was really sweet.

My dress did little to protect me from the chill of the cold weather. "I'm not gonna lie, I'm not an outdoors kind of girl, but I like it here. It's pretty..."

"Yes, I thought you would enjoy being here. It's a place I come to be alone," Edward replied. He just stared at me then, and I felt like his golden eyes could see right down into the very depths of my soul. It was disconcerting, but also excited me in a way I had never felt before.

"Well, it is getting late. I'll take you home now, Jessica." He swiftly rose to his feet and held out a hand to me. I was disappointed, but of course I knew my night with Edward had to end, it could not go on just because I wanted it to. So I placed my hand in Edward's hand and allowed him to help me stand.

Again in silence we walked back to his car and as he had promised he drove me back into Forks and stopped his car outside my house.

He walked me up to my front door and I opened it, stepping inside before I turned back. I could not say what I really wanted to say. "Thank you, I had a really good time tonight..."

"Goodnight, Jessica." Edward turned away to walk back to his car and I watched him go before I shut the door with a sigh and leant back against it, closing my eyes.

In my mind I pictured Edward kissing me goodnight. Just a useless fantasy that would never come true.