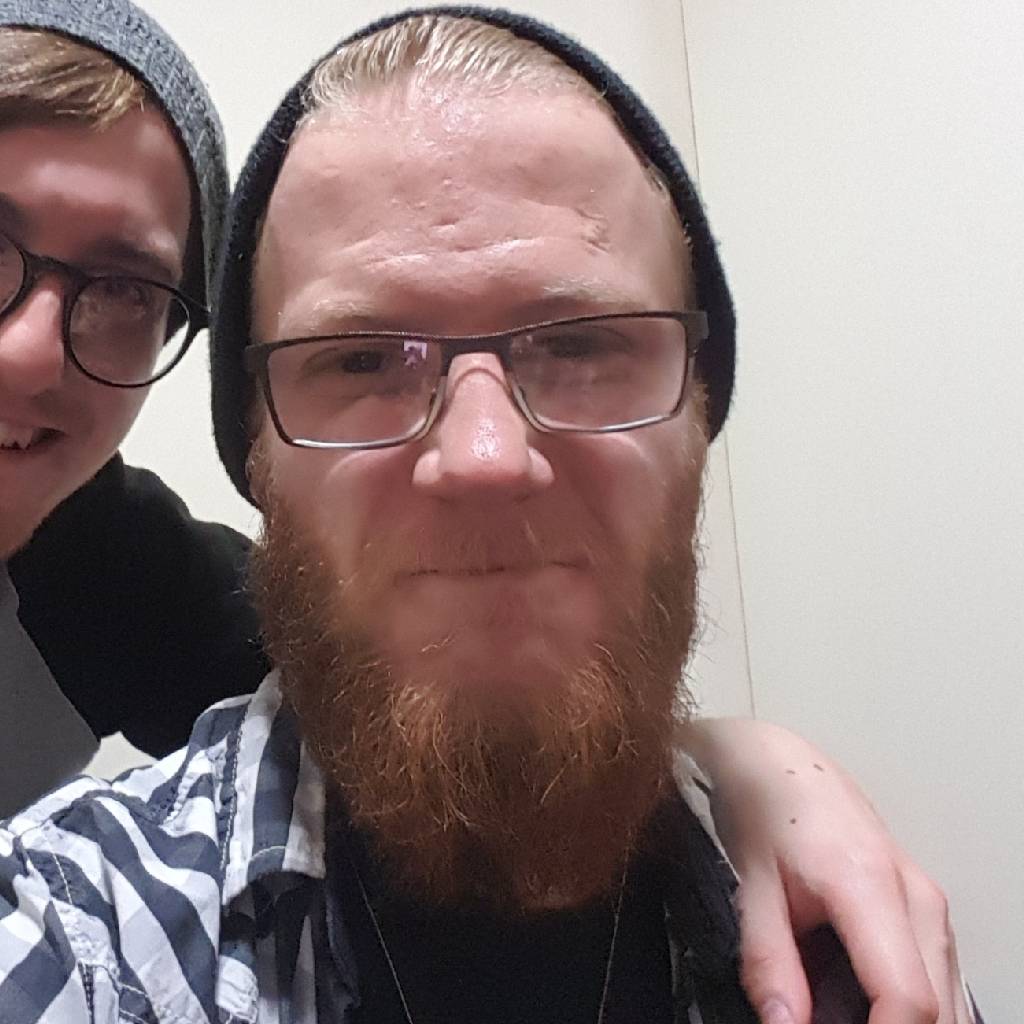 topher Community member
Autoplay OFF   •   2 years ago
Transcript
The Antari-Shrei. Ancient and dangerous. Lost and forgotten.
In the Drow city of Golothear an anchient magic is reawakening an wither she likes it or not, Valkyrie is along for the ride.
fiction drowmagicd&dnight elffantasyelf

The Drow live in the settlement of Golothaer, north of Carmaris. An underground cavern build into the base of a mountain by the same name.

The drow don’t bother themselves with the turnings of the other creatures of this plane, considering themselves far more superior, especially to humans.

Only interacting in wars if they threaten to lands of their mountain home.

The Drow natural affinity for magic had always set them apart from the other elves.

A slow distrust in the First One eventually let to a full scale war that tore the elven kingdoms apart and drove the Drow into Golothaer.

The birth of the First One has been lost to the ages though the legends and songs tell of the first warlock. Of a priest who fought The Elder Eye, Ghaunadaur, and won.

The great deity rewarded their devoted priest with a gift. The ability to draw on the very energy that flows through Ghaunadaur itself.

Feeling the powerflow through him, a sigil of arcane significance was burned into his forehead, sigil of pure, wild, untamed energy. And thus Fahliell was born.

Fahliell returned to his home with his new given power only to find that the priesthood had abandoned him, jealous of his magic.

“One of your kind couldn’t wield such devine magic!” Shouted One of the high elves.

“The Elder Eye, choose a night walker! This must be some kind of joke!” complained a couple of wood elves at the back.

Overcome with anger Fahliell let magic and rage flow through his veins, small licks of blue flame shot from the mark on his head….

“This is the 7th time this week you’ve made me read this story, Groten!” Valkyrie explained throwing the book behind her, letting it thud against the stone floor.

“And you’ll read it an eighth.” Groten interjected, his loud bassy voice echoing through the chambers of the palace library.

“You must know these lessons to show you what will happen if you let your magic use you” Answered Groten, picking up the book.

“It’s not as if i’m going to kill an entire priesthood and start another civil war” Scoffed Valkyrie, standing. “Now i’m off to train.”

“You will do no such thing until you have learnt that if you don’t balance the magic within you the results can be dangerous.

” The Jabbuk stood in the doorway, his bright blue Antari-shrie robes contrasting against the darkness of the corridor and his skin.

His silver hair ornately braided into two strands, each decorated with coloured stones, indicating his rank within the Antari-shrie. Jabbuk, master.

“The magic within you is not of this plane, not of this world. It is wild and untamed. And if you don’t learn to control it, it will control you.

” The Jabbuk’s eyes were hard as iron, his face, a stone sculpture of impassible seriousness.

Valkyrie had learnt early on not to cross Groten when he was like this, so took the book and sat back down to read.

Later that day Valkyrie was in the basen, setting up to practice one of the spells she found in an old book. She says old book, but what she really means is older.

Most of the books and tomes she’d been reading from were older than the mountains themselves she thought. Each depicting the lives of all the other Antari-shrie that took the trials.

She wondered if there’d be a book about her if she ever made it. She chucked at the thought as the flipped the book open, dust clouding up from the floor where she knelt.

“Enlarge/Reduce” said the top of the page. A spell to make things bigger or smaller, could be used to create all kinds of mischief Valkyrie thought.

She had been practicing the verbal components all day, had stolen the iron power for the spell a span back off the blacksmith as he was picking up a stack of weapons that had “fallen over”.

The semantics looked easy enough, but she could only practice them in here alone.

Groten forbade her to used any of the spells in the Antari-Shrie books until she had balanced the magic within her, or whatever piss he decided to drivel on about that day.

But she had picked up “Magic Missile” easily enough, how hard could this one be. It didn’t even do any damage to anything from what she seen. So she stood, took a pinch of iron power and started.

The iron power bounced harmlessly off the target and onto the stone floor.

“SHU!” Valkyrie shouted lifting another pinch of power and whispering the incantation to herself again.

Groten was making his way to his rooms when he heard Valkyrie shouting and cursing from the basen. Whatever spell she was working on now must not be going so well.

He thought about going down to tell her to stop but he was tired and these stupid braids in his hair were pulling at his scalp.

Why must he wear them like this, not only where they unflattering, they were terribly uncomfortable.

He’d gladly trade his position within the Antari-Sprie for a week where he’d have nothing in his hair. And his current “project” wasn’t making things any easier.

Valkyrie was short of height and even shorter of temper.

The Antari-Shrie had been waiting on a new Antari for over 800 years now and of course the one that comes along has the temper of a bullete and doesn't care for the lessons he tries to teach.

She only cares for casting her magic at that crude target of him and those mushroom’s she seems to always have on her. It was just his luck, but at least she was interested in one part of it.

He just hopes she doesn’t get herself hurt, or something worse.

“SHU! VITH!” Valkyrie was only getting more frustrated with every failed cast. Plus she was almost out of iron power.

“What am i doing wrong?” She asked herself slumping down against the back wall and producing a blue mushroom from a bag. Chewing down on it she felt the smooth warm of the drug pass through her.

At least she found one useful thing in one of the books Groten made her read.

The Antari had wrote that these helped with arcane focus, whatever that meant, but she had to admit her mind was clearer, she just hoped no one asked her to move anywhere fast.

“VITH NINDOL!” screamed Valkyrie as she took up the bag of iron power and threw it wildly at the target. As the small leather bag sailed towards the target time seemed to slow.

Valkyrie felt a force on her forehead, almost as is if someone was gently pushing their thumb into the space between her eyebrows. Where her Antari sigil was!

Before she realised what she had done it was too late. The bag sailed over the shoulder of the target and struck the wall behind, bursting the bag and sending iron power everywhere.

It all happened too fast for valkyrie to react, Damn those mushrooms.

A voice too far away to be her’s said the incantation.

A body to slow and numb to be her own moved in a familiar pattern and she felt the release of a spell.

The sigil on her forehead was burning now.

A huge explosion rocked the halls as Groten was untangling those god-awful stones from his hair. Half done, he threw on the first tunic he seen and rushed to the basen.

It had to be Valkyrie, may Ghaunadaur damn her and her powers. This was bound to happen if she kept training the way she was and didn’t learn how to balance her magic.

Reaching the stairs a plume of dust caught him in the eyes blinding him for a minute. “Valkyrie!” he shouted down into the darkness.

“Valkyrie! Are you down there!?” As the silence answered itself, the Jabbuk rushed into the dust, casting “Dancing Lights” as he stumbled on the stairs.

The Basen was a mess. It looked more like a boulder field than a training room.

The dust was still settling when Valkyries unmoving silhouette came into focus, the Arcane sigil of the Antari still burned blue flames on her forehead.

He started going towards her when a voice stopped him. It’s cold, calm cutting through the settling of stones like the sharpest obsidian blade.

Queen Aester had always dreamed of being an antari, she wasn’t even that adapt to any form magic let alone the profesised Antari.

You had to be born an Antari you see, born with that arcane mark. And when Valkyrie was left of the steps of the Antari-Shrie temple as a baby, she had always been jealous.

Even though she was 5 years her senior and they were basically raised together she could tell that Valkyrie felt that she was never part of the family.

Of course Aester loved her but right now watching her sister’s unconscious body on the bed, hurt by the very thing that she craved. She couldn’t help but feel pity for her.

And a whole new fear for the power that coursed through Valkyrie’s body.

The Jabbuk had said the spell had made part of the wall shrink in size, collapsing the layer above it luckily it was a warehouse and noone was in it at the time.

However the sheer force of the damage will take weeks to clean up and repair. If that was one small spell, what would happened if she lost control while practicing a larger more dangerous spell.

She shuddered and the thought as she put her hand in the limp motionless hand of her sisters.

Valkyrie woke with a start, hand instantly going to the mark on her forehead.

She was in her room, Aester wasn’t there, the scars from that night long healed and stood out like silver paint strokes on her skin.

Her O’gothin healing crystals glinting in the pale blue light from outside. Hanging like fireflies caught in her hair. Groten was never the same after that night. Suppose she wasn’t either.

Along with the constant guards and spies he sent to check on her, she never really lost her temper much after that.

She let Groten teach his stupid lessons and dictate what spells she could learn. She wasn’t doing it for him however, it was for her Aester, her Queen. Her sister.