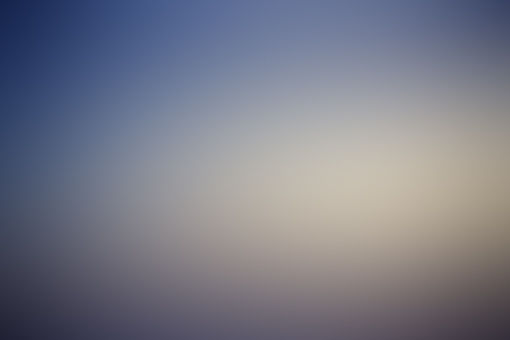 Bakugo was cursing up a storm, Denki being his next victim as he begged for mercy, explosions going off from Bakugo's hands. Mina was giving a look of 'I tried to tell him' as Sero tried to help Denki get out of the mess he had made.

Kirishima was talking with Aizawa Sensei at the moment about a test they were going to have and couldn't help then. Aizawa was tired of their shit but let it continue until they blew off steam, more so Bakugo.

Todoroki watched stoically from his seat as Bakugo seemed to have steam coming out of his ears. Todoroki wondered if there would ever be a way to calm Bakugo down before he got to that point.

Bakugo was always using foul language, a nonstop marathon for his tongue. Bakugo was ready to throw Denki threw the air and Todoroki knew with a sigh that it was time for him to intervene.

He stood up and walked over, Bakugo giving him the usual 'Fuck off, damn icyhot!' hello. Todoroki, without a word, pushed between the two, releasing Denki's shirt from Bakugo's grip in the process as Bakugo started up another cursing spree.

Todoroki grabbed his arm and started pulling him out of class, Aizawa knowing Todoroki had it handled, Bakugo flailing like a fidgety toddler having a tantrum, strings of curses leaving his lips.

Todoroki had it up to here as they continued on, heading up to the roof. Once there, he pushed him against a wall which was very difficult as Bakugo kept flailing and spitting curses at him. He pinned his arms above his head, trying to keep him there and release steam. Bakugo continued to fight against it, mouth still running a mile a minute.

Todoroki sighed and grunted, trying to hold him there. "Calm down, Bakugo." Those weren't the best words to say in that moment; it only spurred on Bakugo's retorts. Todoroki didn't feel like carrying his knocked out body back to class nor felt like carrying a ice cube pomeranian. So he did the next thing he could think of.

Probably not the best idea but it was what he had. He quickly and smoothly took away his hand from Bakugo's left arm and held both his arms there with his left hand. He then kissed him, lips connecting in a fiery way as Bakugo was left shocked and angry about how he had just kissed him like that.

Prompting Todoroki to deepen the kiss, trying to both calm him down and not try to kill him after. As Todoroki kissed him, he was left to think. 'He had soft lips.. and.. he tasted sweet,, like caramel..' Bakugo tried to kick him which led him to pressing his leg between his crotch, pressing him against the wall.

He broke out of the kiss long enough to say, "Calm down, Bakugo." He went back to kissing him before Bakugo could make another retort. Bakugo would never ever admit this but,, he liked the kiss and that's what upset him. 'Damn icyhot, I'll show him..' That's when Bakugo started kissing back, just as deep as Todoroki's kissing had been.

They were now in a heated makeout session, Bakugo trying to oneup Shoto and show him he was better than him and Todoroki trying to lower his steam and explosive tendencies so he didn't toss/throw(yeet) Denki or anybody else anywhere.

Bakugo was lead to think about what Shoto tasted like, it surprised him yet didn't surprise him. 'Peppermint,, mint and strawberries- no, mint and cherries..'

With a gasp, they stopped, having to breath, letting out huffs and puffs. Todoroki hadn't really thought about it but Bakugo had eyes like piercing red rubies.

There was some drool hanging from the side of Bakugo's mouth which led him to wipe it away, still staring into those piercing eyes. He felt a shiver go through him which was strange to him.

(Concerning that ice cold quirk-) Bakugo just watched him, even without his curses, retorts and general dogshit like words, he was intimidating to Todoroki.

Maybe it was his eyes that gave off that feeling Shoto felt..

He was off track, he had originally been trying to calm Bakugo down and it seemed to have worked for the better part. At least he hadn't hit him yet or tried to kill him.

He hadn't realized it but his grip had loosed and Bakugo used that moment to switch their places, his back hitting the wall where Bakugo had once been.

Bakugo gave off his trademark smirk, the corners of his mouth lifting up. "Exactly,, what were you planning on accomplishing by doing this?"

This was unreal, there hadn't been a single curse in that sentence and yet.. "Calming you down is what I was planning on accomplishing." His words hadn't been phased but his body sure had.

Bakugo didn't say a word yet Todoroki didn't know if that was a bad thing or a good thing. He suddenly kissed him, not a rushed one like before, surprising Todoroki before Bakugo bit his tongue.

He then released him, walked away with his hands in his pockets, turning to look at him once, a hmm in his expression as he turned his attention to walking back towards class.

Todoroki hadn't realized it but he was holding his breath which released itself in one big gasp.

He checked his tongue and knew that it was blood he had tasted; Bakugo had bit hard enough to release blood. He wiped his mouth in case there was any saliva left from the kiss.

If this was the way to calm Bakugo, was he the one to do it and was there a reason it worked? And did that mean he had to use this method again?