Commaful
Candy cane (@rainbowslushie will get it xD) 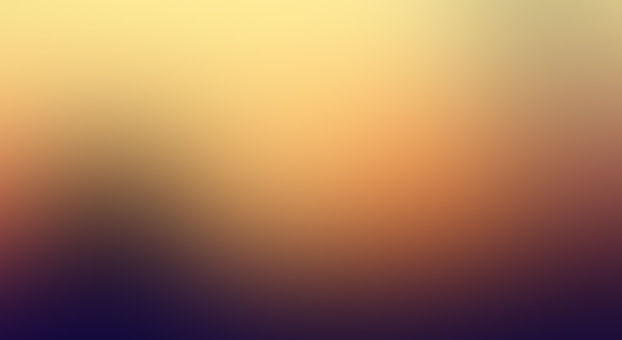 Candy cane (@rainbowslushie will get it xD)

All Todoroki wanted in this moment, in his life was to be

He had, of course, done his research on candy canes and now knows what candy canes are made of, how they are made, why they are made and when it's the best time to make them. But he didn't find how to become a candy cane in any of his searches on any sites he looked at.

But wait, why did he want to become a candy cane?

Well, the answer was obvious: Bakugo.

Bakugo had said he liked candy canes and ate them whenever he had one to prove how much he liked them. Why did Todoroki want to become a candy cane for Bakugo, you ask? Well, of course!

It was because he wanted him to like him. Bakugo loved candy canes if you reached this fact by looking at how he wanted to prove to anyone around him that he did, you would find this to be the most truthful statement in the history of statements (tm).

Deku. Bakugo made a whole show about how he was going to have more candy canes eaten at the end of class before Denki. Denki took up the challenge, of course, and then proceeded to eat candy cane after candy cane.

Todoroki had then on been wanting to become a candy cane just for Bakugo because he wanted to be liked by him.

He had consulted Deku immediately after he had come to this conclusion. Deku had suggested it would be better to not try to become a candy cane because Bakugo would possibly break it in half if he knew it was Todo and- Todoroki just waited for Deku to come to an end as he watched Bakugo out of the corner of his eye suck on a candy cane.

The next days after that, he studied on candy canes, potentially bringing some to class just to give to Bakugo and anybody else who asked, saving one for himself to enjoy as he thought about how to become a candy cane at his desk, notes opened to a candy cane drawing that looked surprisingly like a real candy cane.

That day, Aizawa decided to move some people purely to see how their behaviors would change and if they would change, mostly to see how it would go among the class. Todoroki was now beside Bakugo in the desk spectrum and now, as much as he wanted without seeming like a creep or pervert, watch Bakugo eat candy canes more closely.

What was Bakugo's side of the story, you ask? Well, he noticed Todoroki take more of a interest in candy canes which was pretty funny if you thought about how Todoroki could have been a candy cane because of his hair and quirk. The good things about Todoroki taking an interest more on candy canes was:

Icyhot gave him candy canes every day. The other reason was because-

Bakugo had a strange feeling in his chest when he watched Todoroki; when they were fighting, training, eating, anything. And he did not understand what that feeling was. He liked when Todoroki gave him candy canes rather than the Bakusquad (Tm) or any other person.

They tasted better when Todoroki gave them to him. And he didn't know why that was. He then overheard Deku talking with Ochako one evening after dinner, saying how Todoroki had become obsessed with candy canes.

"Ever since he found out Bakugo likes candy canes," Deku was saying. "He's been writing a lot of notes about them. I read his notebook entries by accident and it was all about candy canes! Can you believe?" Ochako had a 'really?' look on her face.

Deku continued. "It was so weird that he would go to that extent just because of candy canes! And because Bakugo likes them? Did you see when he gave Bakugo candy canes every day after that?" Ochako hummed. "I thought that was strange too! What do you think it means?" Deku wondered and then counted on his fingers a while before answering: "I think Todoroki has more than-

a liking for candy canes, and more of an admiration for Bakugo." "Are you saying..?" Deku nodded. "Yes, I'm saying that I think Todoroki likes Bakugo." Deku then continued more. "Do you know what he asked me that day?" Ochako shook her head. "What?"

interest in him?" Deku gasped. "I think you're onto something, Uraraka-san!" Ochako smiled. "I am?"

What had Todoroki been doing during this? Well, of course he was walking around with his notes, still wondering about how to become a candy cane for Bakugo. What kind of candy cane should he be? Should he be more than one?

His thoughts were interrupted when he knocked into something. Or, someone..? Todoroki blinked and then stood up to see it was Bakugo he had collided into. His notes he carried with him had been put back in his notebook and now were on the floor. "I apologize for knocking into you, Bakugo. I had not been watching where I was going."

Bakugo huffed. "When are you ever, damn icyhot? Watch where you're going next time!" His words would have sounded concerned or worried like if he was someone else. But even then, that was who Bakugo was, and that sounded pretty concerned for Bakugo. Todoroki secretly smiled and then proceeded to pick up his notes and put them back in his notebook. "Well, you're not wrong. In fact,"

He stood up. "You're quite right. I should watch more where I walk." Bakugo muttered about damn icyhots and stupid idiot not watching where he was going and stuff like that. Todoroki watched him, thinking it was that adorable part of Bakugo that was one of his likes about him, one of his reasons for why he liked him.

Did that mean Todoroki knew he had a crush on Bakugo and had confronted his feelings about him? Yes and no. He knew it was a crush but was not sure if it was a big crush or a small crush. So yes, he did know now and had confronted those feelings. Had he told anyone? No, he had not.

Bakugo had his hands shoved in his pockets and that look on his face that told you he was annoyed but wasn't going to fight you just yet. Which all the more made Todoroki like him more. "So how's your day been, Bakugo?" He almost said pomeranian, luckily he caught his tongue.

Cue an eyeroll. "Was fine till you bumped into me." Ouch. But it didn't bother Todoroki. "Ah, I still feel bad about that." Todoroki hmmed. "What if I get you something you want other than a fight? Something to eat perhaps?" Bakugo begrudgingly accepted it. "If you're paying, that's fine. But I'm paying next time."

Todoroki's heart practically soared at those two words. 'Next time'. There was going to be a next time????? Calm down, Todoroki. Now's not the time to fanboy, even though others would be.

Bakugo got annoyed by the silence. "So? Are we going now or are we going to stand here like statues on a rainy day?" "Ah, right. Now is what I'm sure you'd prefer." "Whatever."

Do you know what Todoroki got Bakugo? You guessed it: Candy canes. They also bought caramel suckers since Bakugo said he wanted those too, a couple curse words in between of course. Now they sat on a bench as they enjoyed their sweets, weird for other people to see as it wasn't even close to Christmas and they were-

eating candy canes. "Thanks for the candy canes and whatever." Bakugo muttered. Todoroki smiled, as he had gotten the message but this was a chance to tease him and he was going to take it. "Hm? I didn't quite hear what you said, could you repeat that?" Bakugo muttered again, a little louder but Todoroki continued to have not have heard it.

Bakugo sighed, exasperated. "Fine! I said, thanks for the candy canes and whatever!" A blush was forming on his face and he turned away with a huff. Todoroki smiled wider if possible and applauded himself for that. Bakugo glanced over and mumbled in his hand. "What are you smiling for, damn half-an-half bastard?"

"I'm smiling because you're adorable." Todoroki laughed a little to himself before he realized what he had said. "...What.." Todoroki braved a look over at Bakugo and seen something more adorable: Bakugo's mouth was open a little like in shock, his eyes were a little wide eyed looking and there was more of a blush on his face, his hand not covering it anymore when he had-

turned his head away and put his chin on his hand. Todoroki was looking pretty red himself. Then Bakugo did something even more unexpected. "You're a fucking candy cane." "What..?" "I said," Bakugo mumbled at the end of his sentence. "You're a damn candy cane."

Did that mean Todoroki had become a candy cane for Bakugo? Had he completed his goal? He asked one more time before fully believing it: "If I'm a candy cane, does that mean you would eat me or be your candy cane?" Bakugo was definitely red now. "That's- THAT'SNOTWHATIMEANT-

YOU DAMN ICYHOT BASTARD!" Todoroki thought that was so cute all he could do was smile and laugh. "Bakugo,, do you know how cute you are?" He now chuckled a little as he stopped laughing, a little laughs left over as he smiled at Bakugo.

Bakugo narrowed his eyes. "Oh I will." Todoroki was ???? before Bakugo pulled him to him and kissed him. After the initial shock of Bakugo kissing him, he kissed back. They stopped and Bakugo said, "How the fuck do you taste like a candy cane?"

"I thought you liked candy canes?" "You're a bitch." "I know." Bakugo laughed a little. "But that's fine." Todoroki raised an eyebrow. "Because you're my candy cane."

Cute Todo :3 Hope you enjoyed this XD Thank me and @rainbowslushie for this to be here; they helped me with the idea of it