Commaful
Behind Every Great Hero... 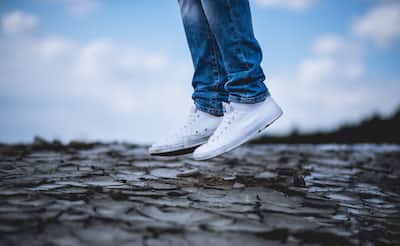 Behind Every Great Hero...

Jupiter City, a shining metropolis. Still, it needed a Hero.

Her power of flight was unmatched by any other. They tested it, even the world's fastest fighter jet couldn't surpass her.

Of course the first time Mari flew she was terrified, she was just a kid. She fell, but then suddenly she was going up and up, she thought she was going to float away. But then She was there.

And she was there every time after that too. She kept Mari grounded, helped her learn how to control it, how to not be afraid. The first time Mari took her into the sky with her...

She knew she was in love.

They were teenagers then. Years into Mari's training, she finally felt confident enough to take her with her, she never knew how beautiful she'd look with the wind in her hair.

Mari didn't confess right away, she didn't think Lea would feel the same way, they were childhood friends after all. Surely she only thought of Mari as that? A friend?

That is until one day...

After a flight they were laying in a field in comfortable silence when Lea just, confessed. Blunt and confident in only the way she could. Mari was stunned for a moment, but then she laughed.

Lea was quite offended until Mari told her that she was relieved that she felt the same way. They had their first kiss that day.

if indirectly. It was a freak accident that her apartment complex caught fire. The firemen weren't able to get to Lea and some others, Mari knew she had to take action.

She hastily donned a costume made from leftovers at the costume shop (she left money for her stolen goods the next day) and quickly pulled Lea and the other people from the blaze.

After that she decided to use her powers for good. The city had some pretty silly names for her until she put together a proper costume and formally announced herself as the city's protector.

Lea was Mari's rock. She was there to support Mari every step of the way. She helped Mari keep up with college, cheered her on in victory, and gave her shoulder to cry on when she failed.

Mari knew, deep in her heart, she'd never be the person she is today without Lea, without her wonderful wife.

So when the Mayor asked, "How do you do it?"

Bullette smiled, and gave the usual answer, that her undying love for Jupiter drove her... But if she could, she would say, "It's all thanks to my wonderful Lea."