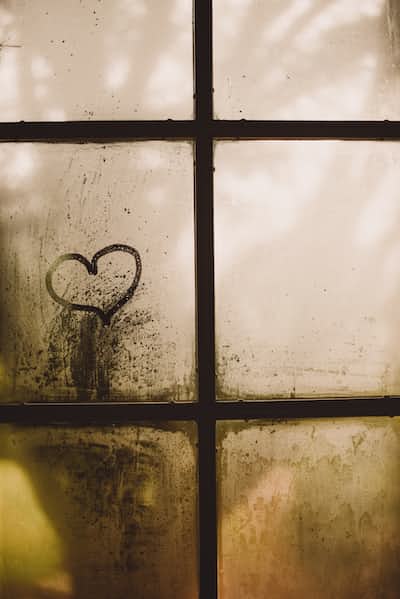 t_astrid Want advice/a read? Tag me!
Autoplay OFF   •   4 years ago
Transcript Use Images
He was my haven, my shelter, my home that I always longed for. I loved him.....Jas has a crush on a guy who has liked her for four years. What could possibly go wrong? And how did it begin? A short story based of of my love life. BASED on a true story. Hope you enjoy!
romance teenage lovecodecrusheslovebrokenlifehearttwosuicidelover cutest life storiesmost romantic heart storieshappiest life storiesmost romantic two storiesfunniest broken stories

BASED ON A TRUE STORY

Tears pooled in my eyes as I ambled away to the library.

It was Valentine's Day. I had been looking forward to it a while ago, but now I despised it. And it all started a couple of months ago when I fell in love with a boy.

Two months ago I was undergoing depression.

I had been suffering under guilt. I had messed up one of the most beautiful friendships I had ever had. And my best friend committed suicide, it was a horrible life.

I had attempted to kill myself two months ago.

Just as I was about to jump into the lake by my house, a rock in my hands, he was there. The boy that was a triplet, the brother of my two girl friends.

He stood by my side, comforting me as I spilled my heart out. I told him all the pain that I was going through. I let down my walls and opened the bottle filled with every secret.

And he sat there an open ear and kind mouth.

And then it continued.

We talked night and day to each other under my parents noses. He would bring me flowers, and hug me every time I cried. We would bake together and he would talk about our future.

He would talk about marrying someone, who I thought was me, and how he would cook for a living. We would spend late nights talking about our futures and our lives.

We would play fun little games and he made me laugh. We had our silly moments and serious ones. I would tell him all of the bad in my day, and slowly my depression faded away.

This boy had brought me from my lowest, to my highest.

He dragged me out of despair and into a joyous world. He made me forget about the bad, about my past. He was my haven, my shelter, my home that I always longed for. I loved him.

And that one night that he told me his secret.

It made me the happiest woman alive. On a frosty January night, we had met up by the lake where I started falling for him. He held my hand in his warm hand as we sipped hot cocoa and talked.

My heart was warm and my body cold.

He started talking about the time I tried to die and how he had saved me. And then he went on to compliment me before growing silent. I had pushed him into telling me what was wrong.

He had stuttered those beautiful words and I had grown shocked. I mean who wouldn't?! My crush, the one I loved, had the same feelings. My stomach had butterflies and my heart grew warmer.

'I have loved you for four years' he stated.

I was still in disbelief, my crush loved me for four years. When I didn't respond we sat in silence, I could sense the uneasiness between us but ignored it, for I knew we loved each other.

After not talking for a while he had brought me home.

I was so happy that night that I didn't sleep. But the next day was brutal. We didn't speak a word to each other, nor did he acknowledge me. And that night I cried in confusion.

He had said he loved me yet now he wasn't showing it.

I didn't like the awkwardness and I had a feeling that it was because I hadn't confessed. I knew that I should have but I was too scared to. I don't know why but letting it go was hard.

I had nothing to be afraid of yet I was terrified.

I couldn't bring myself to tell him those three simple words, 'I love you'. I should have told him them for here I am with tears in my eyes.

Slowly my depression came back. I started to get sleep deprived and I couldn't eat properly. And it only got worse two days ago.

Two days ago I asked him who he liked.

I thought he loved me but my confidence was fading. His answer killed me. It sent daggers soaring through my heart. His answer was not music to my ears. His answer brought tears to my eyes.

Confused I asked him who else he liked 'I only like her' was all he said before I ran off. I had cried more tears then at my best friends funeral.

He brought me from my lowest, to my highest, and then drowned me lower than the lowest. He might as well killed me himself.

The next day everything seemed to be revealed.

It seemed as though the blinds were lifted and now I could finally see. Alisha and him clung to each other every single hour. It may have been him getting me jealous but I knew it wasn't

He had that look of desperation that I held for him.

He had that drag towards her and where everything felt normal. He was not afraid to show her off he wasn't afraid to hide it. Nobody seemed to notice them, it was as if they were blind.

They had all drawn a curtain on the thing they didn't desire to see. And it seems that we all do that, purposely shield our selves from the truth. Everyone only sees what they want to.

In my case, them together.

Now here I am as I sit in the library.

I pull out a book, its title Gifts. To make this Valentine's Day special I get out a pencil. My heart is set on what I want. Slowly I scan the book and pick the words.

I write down the book name and the page numbers.

I close the book and put it back on the shelf. Tardily I walk out of the library, piece of paper in my hand. I shuffle to my destination, the top floor of the school, his locker.

When I see him my heart sinks.

I lento over to my crush where Alisha is stuck to his hip. His black hair is slicked back all nice for her and his mouth that he once kissed me with is straight. My heart beats with nervousness.

I stand directly in front of him, holding my hand up waiting for him to take the paper. When I feel it slip out of my hands I scurry away glad that my mission is complete.

He will be the only one I will say goodbye to.

'I love you, but it's too late. You have moved on but my heart has stayed. Goodbye.'