Commaful
Living on the Edge 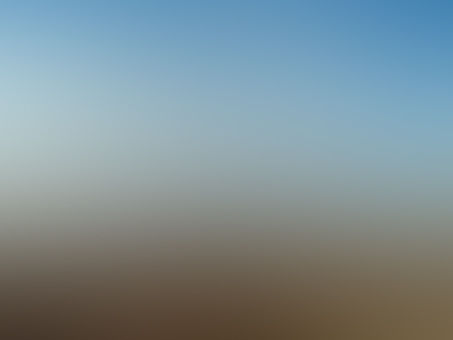 stevendavidgonz Community member
Autoplay OFF   •   9 months ago
Transcript Use Images
Many people often say they carry the weight of the world on their shoulders. Others say words can be heavy, their weight too much to bear. What follows is one mans attempt to paint a picture of how heavy words can truly be...
fiction fictionstoryfunnynewbie

Living on the Edge

"Can I ask you a question?"

That simple, seemingly innocent question was the catalyst of change for life as I knew it. The weight of those words...the gravity of the question they formed...

I cannot explain how heavy they truly are... I will do my best, however, to paint as detailed a picture with my words as I am able.

Lend me a few moments of your time, dear reader, if you are feeling generous.

I cannot guarantee that this tale will be the best you have ever read, it may even be the worst, but what I can guarantee,

my friend is that this story is unlike anything you have ever read before. Is it good? Bad? The best? Perhaps the worst? I leave that to you to judge, my friend.

I will vouch only for its authenticity, and for its uniqueness.

Let us begin by imagining a big white tub of porcelain. This bathtub is like any other in every single way, but one. A single difference sets this tub apart.

On the top Imagine that all around the edge of that bathtub are cities chock full of life, everyone,

going about their business completely oblivious to the water that's filling up inside the tub.

The water pours inside and soon it's full, almost level with the top that all those cities full of people. Just as the water is about to crest the top, it stops.

A couple of people living in those cities along the edge do their best to warn others of the danger the water presents to live as it is known.

They are ridiculed, discredited, and forgotten, just as the world on the edge of the tub forgets of the water at their feet.

An obnoxiously fat man enters the bathroom, completely naked. No, no, you don't have to cover your eyes for his stomach hangs down to his knees. The epitome of self-censoring, I suppose.

He waddles to the tub, lifts his first pudgy leg, and steps inside. Small waves of water begin to smash into the towns on the edge of the tub.

Everyone is frightened, but the waves are small and weak, and soon die down. People look to the water with narrow eyes.

They are shook up by this but have no time to do anything other than shake their fist at the water. And then the second leg steps in.

The waves slam into the towns a bit harder this time. Buildings are lightly damaged.

Some deaths are recorded as women, men, and children alike are carried over the far edge and never seen again. Panic sets in.

The townspeople cry out to god for help, but with as fucked up as this analogy already is, you know god does not live in their world.

We should have paid attention when they tried to warn us! The people cower in their little townhomes, huddle together in large circles to hold hands.

Some come up with ideas to tie themselves together at the waist and anchor to the biggest, heaviest thing they can find. Kids are crying.

Family members are rushing to find other family members, priests are terrifying the crowds with demons from hell coming for their soul if they don't repent!

Mormons are sticking their heads in big black hats to try and find instructions from God on how to survive.

the tub start mass-producing cheap knock-off brands of the mask that work for seven seconds and then break.

People then try going back to the original maker but find him dead of a massive heartache from all the meth he shot up.

Listen the world on the edge of the tub is pretty fucked up alright? I mean, think of the worst end of times scenario times four.

And right as the people pause from all the dumb shit they are doing cause why not? EVERYONE'S GONNA DIE ANYWAY RIGHT! Some genius has a revelation.

We ain't dead yet! We're still alive! No one knows what tomorrow will bring! Stop killing each other! Stop killing yourselves! We haven't died yet!

We may not have reassurance, but God has given us all HOPE! HOPE WILL SEE US THROUGH!

FAITH IN AN IMAGINARY DIETY WHOS PROBABLY ON THE TOILET OVER THERE BY THE TUB IS PROBABLY DROPPING LOG AND WAS ONLY DELAYED! HE WILL SAVE US AFTER HIS DONE WIPING! HOPE! HAVE FAITH! REJOICE!

Just as the world cheers this genius smiles proudly.

He always knew learning that dumb-ass speech some orc commander gave his suicide troop in WoW would pay off one day! Plagiarism at its finest!

All is well with the people on the edge of the tub and suddenly a cute little child of six walks up to the genius and wraps her tiny hand around his meaty finger and pulls.

"A scoose me my mama and papa is seepin wif da doodoo god on da potty. I jus a wee baby I only six!* She explains, holding up four fingers.

The genius is happier than the time that dumb bitch that left him caught aids from the guy she was cheating on him with and died an agonizingly slow death.

Be the best dada she could ever hope for! But first, she was scared. And it was a father's job to reassure his children that he would be there to protect her no matter what.

"Everything is going to be fine, baby. Dada will protect you! You are NOT going to die! You will grow old and get married and have lots of... "

In the center of the tub, the fat cheeky bastard finished the burrito he forgot he had stashed under his stomach roll.

Couldn't get that wet after all, it would ruin the flavor! He licked his fingers and with a loud groan squatted as close to the water as he could get.

"Dada? Wha you say mes gon have? Whas you says gon happen to me? " The little girl asked sweetly as she gazed into her dadas eyes. A loud groan filled the air. This was it. The end. Game over.

He cradled the child to his chest and sat down on the cold ground below. He rocked the little girl softly and began to sing the only song he knew softly, surprised by the sound of his voice.

The fat fuck flopped back down hard in the tub. The resulting tsunami wave rose high into the sky, traveling at such a high speed that entire towns were simply disintegrated on impact.

All known life on the edge of the tub was wiped out by the manmade disaster. Tubatary Extinction Level Event. Total loss of life.

It is said a lone space-traveling Shaolin monk traveled to the remains of the town on the tub. He said if you go to a certain spot at a certain time and listen closely...

You can hear the sound of "Skeet skeet skeet and the laughter of a child" carried on the wind.