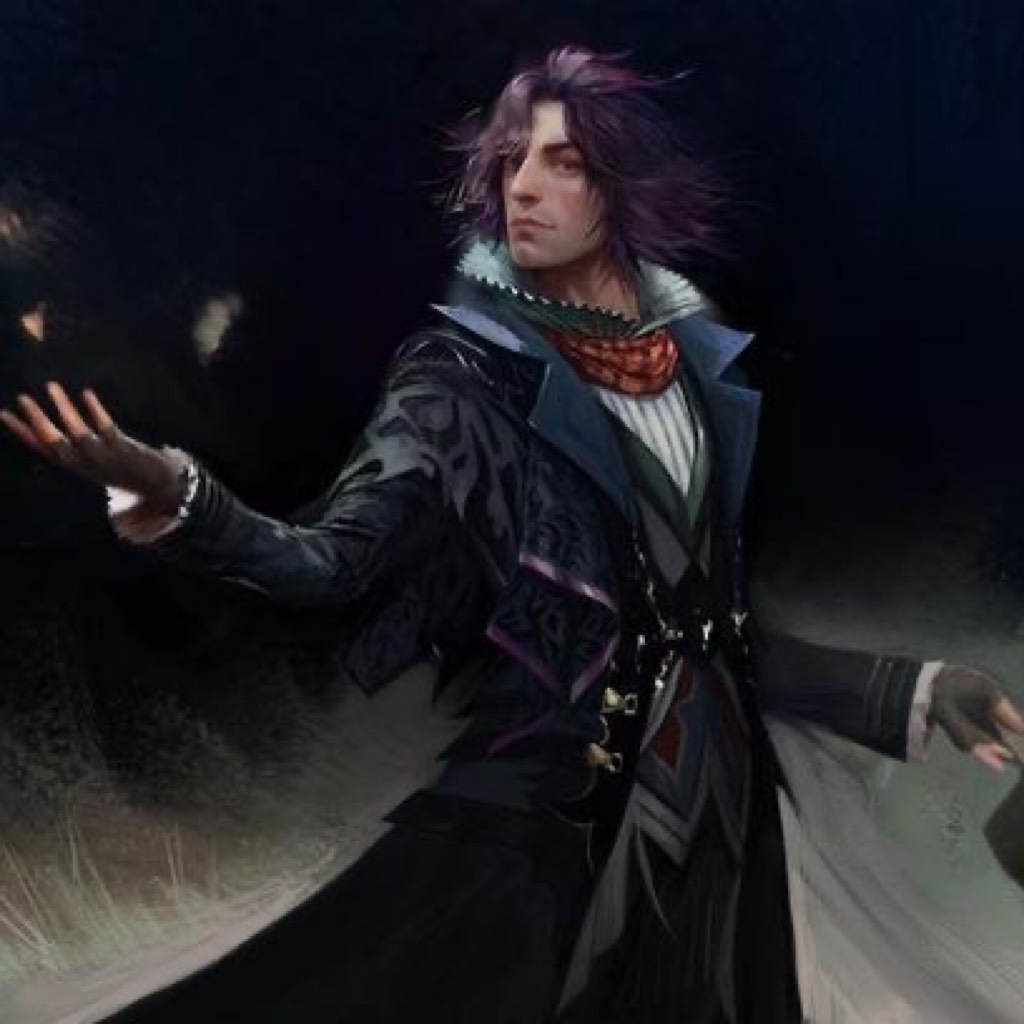 sterlingsoldier Dark fantasy/fiction is my thing.
Autoplay OFF   •   2 years ago
Transcript Use Images
A bit of an insight into one of the characters I created. I am not depressed at all. Just find dark literature interesting. Enjoy!(?) :)

Also, trigger warning for those who are a bit sensitive. This deals with schizophrenia. I am no expert at it but I am interested in the topic.
fiction mentalhealthmental healthprisondarkangstschizophreniarealistic

The halls of the prison felt hollow. The drip of water against concrete was the only sound present in the place. The looming shadows stretched across the row of cells like a blanket of death.

On the floor of one particular cell lay a figure. The male was dressed in the traditional outfit of the prison, tan pants and shirt. A bright blue band was wound around his bicep, indicating his section and condition. His eyes watched the cell doors, pink hair brushing the cold concrete that made up the floor.

This soul, out of bored curiosity, was waiting for the sound of the prison doors to open, welcoming in the newest additions to this maximum security eternal abyss. Instead,

a slam hit the bars. A familiar face was on the other side: dark, evil, loathing and hideous. The man in the cell calmly rolled and rose up slowly, his bad leg aching from lying down for so long, “Jacob.” His voice came out hoarsely as if he hasn’t spoken in days, maybe centuries.

“Ezekiel.” The voice that greeted him was hateful, disgusted.

Then darkness became Ezekiel’s cellmate once again. The presence was gone. All that was left was a suffocating feeling in his chest. The feeling pressed like a weight against his thin torso. Ezekiel lowered himself to the edge of the bed, his bad leg jutting out awkwardly. His arm moved around himself as he watched the door, an almost protective move as the shadows started to shift in his mind’s eye.

Were these sensations even real? Were these presences actually there?

Maybe he was seeing things again.

It was a deadly cycle he went through everyday. Seeing things that weren’t there.

Hearing voices. Like a multitude of waves in an ocean, they flooded his senses, whispering or yelling in his mind and ears. Negative, positive, insulting, degrading. Tormenting and uplifting. Plus and minus. The voices never left him alone. The medication only dulled them for him.

It felt lonely being trapped in his own mind. A never ending cycle that looped everyday.

With those thoughts lingering and those same voices whispering, he shifted to lie down. The slam happened again but this time, Ezekiel did not budge. His eyes even closed. He did not budge as the slither of metal rang out. He did not budge when the cell door slowly opened.

He did not budge as the knife was plunged deep into his chest multiple times.

Maybe this hallucination was real after all. Or maybe it wasn’t.