Commaful
Young lady and the Explorer 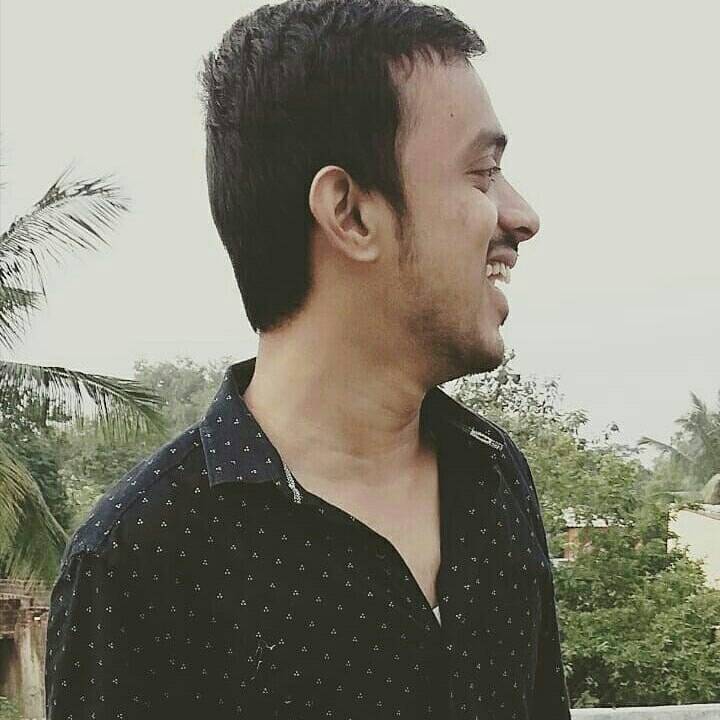 stargazer_aashu Community member
Autoplay OFF   •   2 years ago
Transcript Use Images
What will you do if you are thirsty and alone in the desert? Find out to know about.
thriller beautifuleyesthriller

Young lady and the Explorer

Arnav was walking in the hot sunny day, He checks out any houses are there in the sight. He keeps on walking slowly as his energy is sucking up by the hot sun. He finds a small house in the distant area. By seeing the house, he got some hope that he may get to drink some water. He increased his speed to reach the house as quickly as possible.

But as he kept on walking to near the house, the house started looking very far away from him. He has only 3 pieces of bread left with him. He needs to get some food before those bread pieces were going to empty.

He kept on walking with the hope of to get some water. As the time passes on, the temperature increased and it become more hot and hot. He still didn’t reached the house, he felt like the house keeps on moving far away from him as he tried to reach the house.Arnav was like “What the fuck was happening?”, he’s confused, tired and very frustrated to know what was happening around him.

He didn’t had any option left just to continue his walk to reach that house. On the way to the house he found a boy lying down on the ground. He started running towards the boy. He tried to wake up the boy, but the boy wasn’t conscious. He opened his eyes, he looks dehydrated and had no energy left with him. Arnav shared his three left pieces of bread to him. The boy ate the bread pieces.

Arnav : What happened to you and who are you? Boy : My name is ramu, I am a shepherd. While I was sleeping under the tree, I lost my sheep. I don’t know how I lost them. I was searching for them and suddenly fell down due to the hot sun. Arnav : Okay you can come with me. I am trying get some food. After having some food. We both will search your lost sheep. Boy : Okay

They both started walking together to find some food. As he started walking with the boy he does’t find the house was moving away from him. Arnav got confused what was happening in this hot sun. Finally they both reached the house. Arnav knocked the front door twice. A young lady with long hair opened the door. She’s having beautiful inncocent big eyes.

Arnav couldn’t turn away his eyes looking at her face. Shepherd Boy : We were going this way. We are so hungry. We are trying to get some food. Young Lady : You can come in , I will get you some food. While she was talking, Arnav observed there was some sadness in her beautiful face. He was so curious to find about her. She brought some food and a bottle of water. Both had the food and water.

Arnav : Thank you so much for the food. If you don’t mind, can you tell the reason behind your sadness in your beautiful face? While this was happening suddenly two men entered the house with knives in their hands. Arnav was stood on his feet by seeing them.

Men 1 : Where’s the money that I told you to get ready by now? Young lady : I don’t have any money, I already told you Arnav didn’t understand what was happening but understood that the girl is in danger.

The 2nd men tried to came near to the young lady and tried to kill her with his knife. Arnav came in his way and tried to stop him, but the knife was already into him, he can see the blood shedding out of his body. The two men ran away.

The girl holds him and tried to stop the blood coming out from his body. The shepherd boy brought a cloth to tie around arnav’s body to stop the blood. Arnav was looking at those worrying beautiful eyes of her. Slowly he lost consciousness.

Arnav was shaking his head while lying down on the ground in the hot sun and screaming No No No. A shepherd came near to him and tried to wake him up. Arnav woke up and realized all this was a fishing day dream. Arnav can’t able to forgot those beautiful eyes of her. Later arnav asked the shepherd boy what he is doing there.

Shepherd Boy : My name is Rama Lingam. I am a shepherd. I lost my sheep while I was sleeping under the tree. After listening to the boy’s words. Arnav was shocked. Arnav : I will help you in finding your sheep come with me.

They both started walking together. They reached a house and Arnav was shocked to see the same house as it was in his dream. Arnav hides behind the backside of the house along with the kid for some time and observing carefully in the front of the house.

After some time arnav observed two men came entering the house with knives in their hands. He took a wooden log and quickly entered the house and he hit the two men from back side on their heads. They fell down on to the grounds. Suddenly young lady came into the place and was panicked after seeing what was happening

Arnav saw the same young lady who’s having big beautiful innocent eyes who came in his dreams and told her these men came here to kill her and he tried to stopped them.

While all this was happening my Mom entered my bedroom with a mug of water and thrown over my face as I haven’t woke up as it was 11 am.