Commaful
The Stars Are Gone 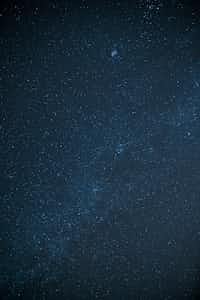 staproot Memories only last so long so make some.
Autoplay OFF   •   7 months ago
Transcript Use Images
One day a young girl awakens to find that the stars have mysteriously gone missing.
fiction scaryhorrorcreepymysterycryptid

The Stars Are Gone

This transmission goes out to anyone who is still alive and well out there. My name is Lila Olsen and I live on the outskirts of a town called Lampton.

Hopefully you'll be able to do something because I'm not sure how much time I have left. I will recount my story so that you may get and give some information to other survivors.

About 3 days ago there was a large sounding crackle into the ground of where I live.

My family didn't pay much attention to the noise since we live really close to a nearby forest so we believed it was just another stray animal walking around outside.

I live with my older brother, Noa, and we always go outside at night to look at the stars in the sky since our town is far away from cities and such.

However, on this day when we went outside to do our usual thing it seemed that all of them had left.

My brother had the idea that maybe our eyes hadn't adjusted to the darkness so we decided to wait a little longer.

I joked that maybe they got scared and run off which we both laughed at. The stars being gone didn't really bother us since we would mostly just talk when we were out here.

My grandmother came outside to see us and we told her to look up at the sky and she said the same thing "Where are the stars.

" We only shrugged our shoulders since we had no idea either so she went inside and so did we.

The next day came and went into the night and we did the same thing;We went outside. Yet again the stars were nowhere to be seen.

It visibly began to freak me out as I began to ask "maybe it wasn't an animal last night?

" However, my brother calmed me down as always saying "It's just stars so its probably nothing beside some weird space stuff going on.

" Since I was scared I decided to go to my room and at least try to go to sleep.

However, when I opened my door I could see something with dark red eyes staring at me through the window like it was waiting specifically for me.

Its eyes twitched around like they weren't attached to its face which I could barely see through the darkness.

I screamed and I could hear the door open from outside as my brother came running to me. The thing scurried away from my window as I could see the ripped open back of the creature.

I stood in shock as my brother asked me what was wrong but I couldn't speak so I only pointed at the window and so my brother ran over and saw nothing.

He asked me once again, "what was wrong?" So I responded "Something was staring at me through the window." He only looked at the window and said "but you're on the second floor?"

My brother helped me fall asleep until the next day came. I didn't speak of what I saw hoping to never encounter those ripped blood red eyes ever again.

The night came but this time I told my brother that I would stay inside. He went outside on his own as I sat at the table twirling my fingers. I could hear him outside say "The stars are back.

" I still didn't want to go out there out of fear. "Wait" my brother said "something's not right.

" Suddenly, a bright dark purple light shined through the window in the kitchen almost blinding me with its intensity.

The radio next to me shot on whistling static with horrific noises of people screaming and another strange noise like a distorted dying pig.

My brother came rushing in with blood running down his shirt. He screamed to me "lock the door" as he sat down. I got up quickly from my chair and rushed to close the door.

I locked it and immediately ran to him asking "what happened" but he said nothing.

I yelled out to my grandmother for help and heard her slowly coming down the stairs, them creaking from her weight. "Lila" she said to me.

I looked up to her seeing a blank expression on her face staring at me. "The stars are back." I didn't know what to feel in that moment. "And they're so pretty, you should look at them.

" "Grandmother do you not see what's happening" I told her holding the blood of my brothers back. She spoke to me again "Look at the stars outside." "Why do you keep saying that" I asked.

Suddenly, another light comes into the house in a bright golden white. She said "It calls us, it hungers for us, for us all.

" The way she said it with her voice distorting into something unnatural. Her head twitched back towards me as I heard her neck break saying in a devilish tone "Look. At. The. Stars."

Suddenly, my brother began to laugh. HIs voice cracking like something was ripping open his throat.

I stepped away from him as he slowly rose up without using his hands as the blood ran down his back. He turned towards me "Look outside" he told me. That wasn't my brother I was looking at.

He began to walk towards me as I stepped back away from him bumping into the kitchen table behind me. I looked behind me remembering about our grandfathers old war bunker.

I moved the floor beneath me as they kept chanting the same words; look at the sky, look at the stars. I jumped in and closed the hatch above me right as they reached me.

We weren't supposed to ever go down here my grandfather always told us. I know why he told us not to now.

When I turned around I could see pictures of the stars all across space and the words Purple and in bold letters "What are they or it.

" I can hear them beating on the door above me as I speak this recording into his old transmission radio and it doesnt seem like the hatch will hold much longer.

Its pushed in more and more by the minute so in a last ditch effort I'll give you a warning. Dont look up, dont look at the stars in the sky since something else might be looking back.

Again my name is Lila Olsen and I live on the outskirts on a rural town named Lampton. The date is September 24, 1939.

Three days ago something came into the world and I dont know what it is but maybe you will. Come find this location and hopefully come find me.