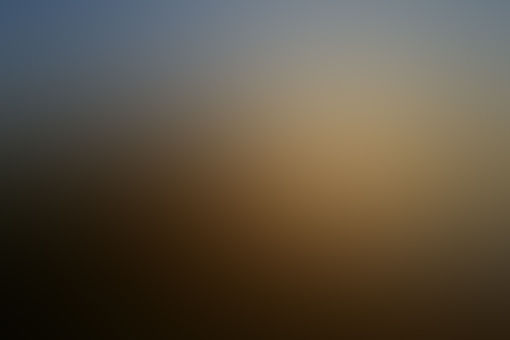 standby writer, bagpiper, reader, builder
Autoplay OFF   •   12 days ago
Transcript Use Images
Griffin Noir was once the smartest detective in the world, but those days are over now. He has no intentions of picking up another case again, not after the accident. There's only one problem, his old rival may have returned.
fiction detectiveshort storyshortstorycar-crashcarcrash

Griffin's own voice called out to him, bringing the nightmarish memory back to the surface of his mind.

The car, right side totalled, doused in fire... everything in fire.

Griffin groaned, squeezing his eyes tighter as he tried to force the memory away.

Oil... why was there oil? From the car? It pooled on the ground around him, fire licking its surface.

Oil, lit on fire, doused on car and surrounding area.

The letter. On the ground next to him. Where had it come from?

Had it really happened five years ago?

"Come on," Sarah said, smiling flirtatiously. "you can smile you know? We're getting married after all."

Griffin laughed and smiled at the woman he had married just today. She meant everything to him.

"Sorry," he said, chuckling a little. "the case is still on my mind."

Sarah nodded, putting a hand on his shoulder, "I get it, but you won, remember? Cross is in prison now."

"I know I know, it's just that something doesn't feel right."

They met eyes and after a few seconds Sarah nodded slowly.

"Okay. We'll look into it, but after today." she said, then with a smile she added, "And after our honeymoon."

Griffin chuckled, unable to stop himself from smiling. Sarah was the only person who made him feel this way. He was lucky to have her and he knew it.

"Alright alright," he said, raising his hands in surrender. "we'll take a break for a few days."

Sarah laughed and they embraced each other with a long kiss. Once they had let go of each other they began playfully messing with each other, laughing all the while.

A car, coming from out of nowhere, smashed into the side of the cab. It hit with such force that the cab lost control, spinning around as it crashed into the curb with a loud thud.

Griffin and Sarah screamed in pain as they were tossed in the backseat. Griffin smacked his head against something, his thoughts getting muddy.

He had no time to figure that out, as someone managed to open the dented door at his side. With rough hands he was dragged out, his efforts to get out of their grip were futile.

He was dropped onto the hard ground, his body feeling weightless. All he could do was stare at the car he had safely been in mere seconds ago.

He gasped when he saw Sarah, who had been knocked unconscious. Blood was dripping down her head, he needed to do something, call for help.

All he could do though was watch in horror as three blurry figures began dousing the car with oil.

Where were the people? The bystanders? Surely someone had to be seeing this. They had to get-

One of the figures had a match in their hands now, Griffin screamed at the top of his lungs, it only coming out as a raspy cry.

Then the man tossed the match on the ground, and they walked away.

The oil eagerly caught on fire, enveloping the car and surrounding area in flames.

As the figures walked past Griffin, one of them dropped a letter at his side before disappearing into places unknown.

Griffin couldn't even muster the strength to look at it, but could only watch as the flames slowly moved towards him as they engulfed the backseat.

Black dots had begun filling his vision as the flame surrounding him, and for the first time in his life he saw color, only for a brief moment.

It was the first time he saw his wife in color, just as it was the last.

"Longmire Bank, an old and well known bank in the area, recently had all its money stolen overnight with no evidence as to how it was done...

" the reporter on the tv said, the younger man was standing in front of the recently robbed bank with the lead detective standing next to him.

Caitlin looked up from her workstation, a half made pizza in front of her. She watched the news with interest as the lead detective began answering the reporters questions.

"Well, uh," the older man said, "just as you said we haven't found any evidence yet. I'm sure we'll find something soon."

"Do you have any idea as to who might have done this?"

"But you've been working on the case for..."

Caitlin shook her head, tuning out the tv as she sprinkled the rest of the cheese on the pizza. Clearly the police weren't getting anywhere on this.

Wait... Longmire Bank... she knew that name, from somewhere...

Caitlin paused, staring at the ground as she tried to remember. A few seconds later she gasped and looked back at the tv, beginning to grin.

She knew who did this, just as she knew the perfect person for the case.

All she had to do was find him, and get him back to work.