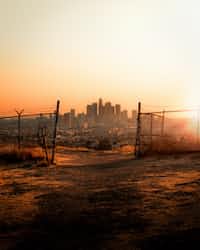 standby writer, bagpiper, reader, builder
Autoplay OFF   •   18 days ago
Transcript Use Images
David was right, he isn't alone. Something has been with him the entire time, moving him as he slept. Who is this cursed being and what do they want?
fiction fictionscifisci-fisciencefictionscience fiction

The metallic voice echoed around him, cold and evil.

David screamed, dashing away from his sleeping spot and taking cover behind a chunk of a building.

He gasped for air, startled and shocked by the voice.

Someone was moving him at night! He was actually right about this, he hadn't been sleepwalking!

David spun around, looking for its origin. It was coming from everywhere, clear and precise.

As he frantically looked around for its source, a strange feeling began to spread over his body. It was unlike anything he had ever felt before.

David gasped when his muscles involuntarily tense up. Watching in frozen horror, his hand began trembling and then suddenly started moving on its own.

He tried to scream, but no sound came from his mouth.

He tried resisting, but his own body would not listen to him. A red film began to appear over his eyes, a feeling of weightlessness enveloping him

The cold voice did nothing to sooth David, who tried to fight back with all his might.

His hand froze and trembled slightly, he was unable to fully control it, but somehow managed to hold it in place.

David couldn't take the feeling of his own body resisting him any longer and pushed back with all his might.

A scream broke through his lips and the cold feeling disappeared, leaving him on his hands and knees, panting. What was that?

The metallic voice sounded more intrigued than impressed. David couldn't believe what was going on, none of this was making sense.

"Metatron?!" David cried, taking a step back even though it was unless. "Y-you were on the news!"

"You were going to kill millions of people!"

David fell to his knees, unable to comprehend what was going on.

Metatron... a being the likes of which was only found in comic books. A genocidal android bent on human extinction... who was now living in his body.

How was that even possible? None of this made sense.

Metatron was lying. He had to have killed Rescue. He must have been the one that caused all of this. And now he was inside David.

"You did all of this..." David said, his voice trailing off.

Metatron growled, a very strange sound to hear. This sounded like a touchy subject to the AI, but David didn't care.

"Why!" David yelled. It was weird yelling at nobody but still getting a response from inside your head.

David stopped dead in his tracks.

Metatron was keeping him... alive?! W-why? How?

That didn't make sense, Metatron hated humans. At least that's how he was portrayed on the news. Why would he want to or be keeping David alive?

"That doesn't make me feel better."

"So you need me to survive?"

David frowned, a doomed question forming in his mind.

How was he going to find any survivors if Metatron could and most likely would take control of his body seconds after and kill them.

As long as Metatron existed mankind would never be able to recover... if there was anything left to be recovered.

A dusty pipe, edges jagged and torn, caught David's attention. He silently picked up the rod and looked at it with grim thought. There was only one thing he could do.