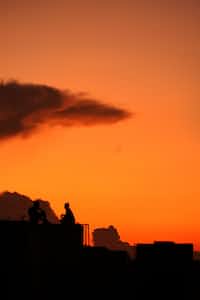 srimayanayak An Explorer, Traveler, Blogger, Poet
Autoplay OFF   •   a month ago
Transcript Use Images
I tried to elaborate all the aspects of "space" & it's importance in human life, through this poem "Quest for space". Through out our life we get jumbled up & confused exploring the right space for us.
poetry spacelifeinternalizationself

As we grow, Word no longer remains only words, it carries meaning, some meaning are pointless, some have a world in it, some are straight,

some have a hidden agenda in it. well a few are interesting, because it has a question mark in it.

Time changes, so as situation, discussion changes, so as Prioritisation. The simplicity of childhood, friends, fun & brotherhood, the mischief at school & college, midnight toil & quest for knowledge.

To make an impact & achieve ace. finally all join the chase like a rat in the race. time became invincible, relationship became less affable, values system changes face, all we need a bit of space.

On the lap of sumptuous life, realised that we attain senility, when we look back with a grace, world seems like a big mess, Life is not a rat race, come what may, we have to face, with lot of hardship & grace, let's begin a new race, called quest for a spiritual space.