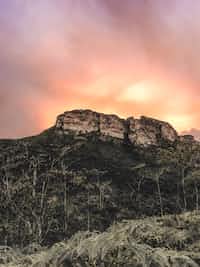 spookybookwrite I write books. Scary Books.
Autoplay OFF   •   2 months ago
Transcript Use Images
So, just to quickly recap; we're in this cabin located in a valley in Arkansas and someone or something on the hilltop definitely just picked up my flashlight and shined it through
thriller horrorasylumscaryinsanedisturbing

just to quickly recap; we're in this cabin located in a valley in Arkansas and someone or something on the hilltop definitely just picked up my flashlight and shined it through

my bedroom window. As you can imagine I'm feeling great at this point. I decided no to wake up my friend after ten minutes of looking out the peephole of the front door.

The light never came back on and I felt like waking him up in my manic state would just make things worse.

I managed to get a few hours of sleep, but as you can imagine I was constantly waking up at the slightest noise.

Pretty much as soon as he walked out of his room I bombarded him with the story and to my great disappointment he really didn't take it that seriously.

It's not that he didn't believe me, but he seemed to think it was an animal rather than some mountain man serial killer. I have to admit it was pretty hard to argue with his logic.

Maybe I was just in my own head about it? At least that's what I thought until the next night. That day we both stayed indoors mostly.

The temperature was in the forties and we were pretty much out of firewood so being outside was more of a test of endurance than anything.

I wanted to retrieve my flashlight, but I definitely wasn't going to trek up the hillside by myself. That afternoon we made tacos and shared a few shots of tequila.

That was more than enough to calm my nerves and as darkness came down on the sky we played cards and talked about how much it sucked that we didn't have wifi.

Getting pretty late into the night we looked at the collection of DVDs once again and decided to switch it up and watch something scary.

There wasn't a huge selection of movies but we landed on The Strangers. Not the best choice in hindsight.

We were both scared out of our minds watching that movie in our cabin in the middle of nowhere. Pairing that with the experience I had the night before my nerves were a wreck.

I do enjoy being scared but this was a little too much for me. That's why my friend's next suggestion gave me a sickening feeling in my stomach.

Apparently the movie had awoken some morbid curiosity in him and he wanted to go explore that abandoned building I had found.

My gut said absolutely not but my want to have a cool story to tell when we got back pushed me forward. I agreed as long as it was in the daylight.

I wasn't keen on getting lost in an abandoned building at night, nor did I want to hike at night..

The next day we got moving around midday and started our way up the trail.

Knowing where I wanted to go this time we took a couple shortcuts and saved about an hour getting to the top of the valley. I pointed out the building to my friend and we set off towards it.

There was no path but the trees were pretty sparse so it wasn't difficult to navigate our way there.

The building took a little longer to get to than we anticipated and we realized that our perspective from the top of the hill made our judge of distance a little off.

As we got closer we also realized it was much larger than anticipated. The building was three stories and very long. It extended several hundred feet in one direction.

We made our way around to the front and saw that it had a driveway that looked as if it hadn't been used in many years. The concrete was cracked and uneven.

As we walked towards the front entrance we saw a dilapidated wooden sign. One of the legs had broken and it was leaning to one side.

The paint had mostly peeled off so the name of the place was unknown but one word stuck out and made my heart drop slightly. Asylum.

I really didn't want to go inside but I wasn't about to leave my friend to explore it alone.

I mentioned the thing that had picked up my flashlight two nights before but my friend still believed it was some sort of animal.

The front door was locked but one of the larger windows had been smashed in and there was a rug laid across the bottom preventing the shattered glass from cutting us.

It was clear we weren't the first people to enter this place since it had been shut down.

to get dark. Like I said, the trail was very easy to follow and having my friend with me gave me enough confidence to make it back as long as we made it back to the trail before sundown.

Upon entering we realised despite the size of the building it was very cramped. It was filled with winding corridors and sections blocked off by locked doors.

The first floor seemed to mostly be nurses stations and record rooms, administrative type of stuff. We headed up the main stairway to the second floor.

Looking up we could see the stairs to the third floor looked pretty sketchy. Some were broken entirely and others looked like they were on their last legs.

Like one more step on them and they'd break and send you falling down. The second floor wasn't in great shape either but it wasn't nearly as bad.

This seemed to be where most of the living quarters were. Lots of rooms were locked but some of the open ones revealed depressing barren rooms.

The walls were covered with mildew and unknown fungus. The beds no longer had mattresses and their rusty bed frames gave us an unsettling vibe.

I was imagining the people who used to live here being forced to endure horrible treatment. Treated like prisoners inside their own minds and by the world around them.

We turned a corner and saw the prolonged hallway before us. This was the lengthier side of the building. The corridor seemed to stretch on forever. We decided not to go all the way down.

We would just take a quick peek and then start heading back.

This corridor was sectioned off by fire doors that separated the hallway into different sections.

All of the doors were open at this point, but we could see how they would have worked when the building was in operation.

There were a few rooms and then the fire doors and then offices and it kinda went back and forth like that for a few sections. We ended up going about halfway down just out of curiosity.

We saw old offices left to rot and more disturbing rooms. There was even a pharmacy section that had been raided previously.

My friend said he was ready to head back but then we both took a look down the remaining corridor and saw something that caught our eye. It was a solitary confinement sign.

We both looked at each other and knew we had to check it out. We made our way down quickly without looking into any more rooms. Just kept our eyes focused on that sign.

We reached the final section and noticed its difference from the others. The walls were blank. No old notices or cork boards to be found. Just rusted metal walls.

There were four chambers but three of the doors were locked. The last one in the back left corner was open and we decided to poke our heads in.

I could tell that once the walls had padding covering them but now they were covered in deteriorating foam.

The old cushioning had turned a sickening dark yellow color and looked more like a fungus than anything, but it was hardly the walls that kept our attention.

We stared at a pile of old newspapers and information packets that were built up on the floor in a heap.

There was a corroded metal filing cabinet with its drawers open and filled with all manner of decaying things. A makeshift tapestry hung over all of it clearly made with an old bedsheet.

It was riddled with holes and looked to be seconds away from ripping under the tension placed on it by holding itself up. There was something eerily familiar about this setup.

It took me a second and then I realized it. It was a bedroom. The pile of papers was a bed and the filing cabinet a kind of dresser.

My heart started to thump while I imagined what kind of deranged lunatic would live in such a place. This stuff was way too old though. There was no way anyone still lived here.

That's what I thought until I took a step closer and saw metal that was corroded or rusted. It was a brand new gleaming black. It was my flashlight. Tucked away under a few papers but I saw it.

I reached down, picked it up, and pressed the button and the light turned on.

I could feel my heartbeat in my temples at this point. Someone had picked up my flashlight! It wasn't an animal after all. My friend recognized it at once and turned to me with wide eyes.

We immediately turned to get out of there. We weren't alone on this mountain and we did not want to find out who our company was. Just as we turned to leave we heard a loud slam.

We looked down the hallway and saw that the first fire door to the long corridor had shut. It was here. The person that took my flashlight was inside the asylum with us.

This is where I'm going to stop for tonight.

Reliving these memories in my head is bringing back a lot of anxiety and I think it's best to just stop for now and I'll finish the final part tomorrow when my nerves are better.