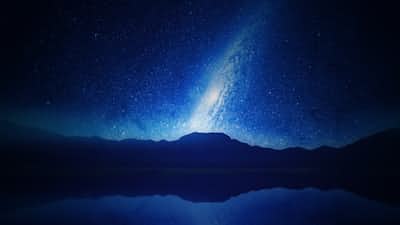 It was a normal Tuesday night when I was sitting at home alone one night, watching old episodes of The Twilight Zone

Everything was going about as normally as you'd expect, as the episode went on, the popcorn in my bowl grew lower, and my eyes started to droop as sleep started to grab hold of me

Suddenly, there was a loud bang at my door that instantly jolted me awake

Frightened, I snapped my eyes to the door waiting to see what would happen next, after a few seconds of silence only broken by the sound of the tv, I assumed it was just my imagination

Until there was another loud bang, only this time followed by a screeching sound, as if there were claws running against a chalkboard

I frantically looked around the room for something to defend myself with, eventually noticing the bat I stash in the corner for an occasion like this one

I jump out of my seat and run to grab the bat, but as I start towards it the banging starts growing faster and harder

Just as I get to my bat the door barges open and I freeze, standing in my doorway was a large black creature, unlike anything I had ever seen

For a few moments the two of us stood there, unmoving, during this silent confrontation I start to reach for the bat, while this unknown creature stands there, growling, drooling from the mouth

My hand searches for the weapon that I'm not even sure can protect me from...whatever this is, as my hand touches the handle the beast lowers down as if ready to pounce

Suddenly the beast rushes forward, leaving me only a few seconds to react

I pull the bat out as quickly as I can, and scream out of fear and adrenaline as I swing towards the beast just as it reaches me and pounces with its claws extended

Suddenly I jolt awake, confused, as I look around the room I don't notice anything out of the ordinary, with the popcorn bowl still in my hand and the same Twilight Zone episode playing

For a few seconds I'm still on edge, looking for the beast that just broke into my home and attacked me, but as I come to my senses I realize it must have been a nightmare

But shortly after I come to this realization I notice my bat on the floor in splinters, and the front door wide open with claw marks covering the front

When the police arrived at the house to investigate where the owner had gone after no one had heard from them in a few days, it was empty, with the door left wide open covered in claw marks

Everything in the house was silent, with only the ambient sound of the television playing in the background, breaking the still air of the now empty house