Commaful
The Difference Between Devils and Angels (chapter 1.2) 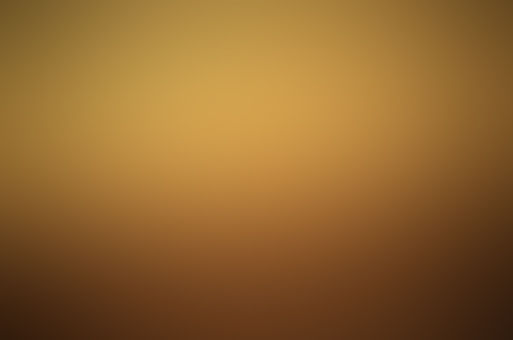 sonofthemorning Community member
Autoplay OFF   •   8 months ago
Transcript Use Images
For chapter 1.1 go here: https://commaful.com/play... As I was assessing how he looked he had locked eyes with Gabriel. The boy's face slowly cracked into a smile that looked almost predatory as he stared at Gabriel.
fiction angelsfallen angelsfallenangelsluciferromancelgbtq

The Difference Between Devils and Angels (chapter 1.2)

As I was assessing how he looked he had locked eyes with Gabriel. The boy's face slowly cracked into a smile that looked almost predatory as he stared at Gabriel.

Gabriel then let out a low growl that chilled me to my bones. His hand tightened possessively and nearly too tight on my waist. I put my hand on his.

"Gabriel," My breath hissed through my teeth. "You're hurting me."

The other boy looked sharply at me as if he was surprised to see me.

Didn't he see me earlier? What a dick...

He then saw the hand Gabriel had on my waist and sneered at us. My face grew hot again and I brushed Gabriel's hand off. I hid my face from them both by turning to look out the window.

Gabriel growled again and tried to put his hand on my waist again but I wouldn't let myself be persuaded again and brushed it off once more. Gabriel seemed hurt but didn't replace his hand.

The other boy sat two seats behind us and I could feel his calculated gaze.

I couldn't relax for the rest of the ride, no matter what Gabriel said.

When we finally arrived at Mistfall High I all but scrambled out of Gabriel's lap and ran off the bus. It must have looked weird because Kal gave me a puzzled look.

I escaped into the relative safety of the hallways that were, as usual, crowded with people.

I looked over my shoulder for either of the boys but I didn't see Gabriel nor the strange "vampire boy".

I breathed a sigh of relief and then I suddenly ran smack into someone. I bounced off of them like they were a brick wall.

A deep rumbling laugh vibrated in my chest. I looked up and jumped in surprise.

I had run into the principle. I looked around to see if anyone had noticed.

"Uhm yes, Mr. Kimberly," Damn, was everyone looking at me? I could hear a few snickers. "I have a meeting with Mrs. Vanbauch before the first period.

I was hoping to get there early enough so I wouldn't be late for class."

"Ah, well I won't hold you up then," He winked at me. "But make sure you watch where you are going next time."

Mr. Kimberly patted me on the shoulder and continued walking down the crowded hallway. I then put my head down and hurried to the auditorium.

Upon entering the auditorium, I relaxed and slowed my pace. The auditorium felt like another home to me.

Drama club was one of the only places I could act like myself because people would just assume it's an act. I took a deep breath and walked over to Mrs.

Vanbauch, who was seated at the desk in the wings of the stage.

She looked up from her work and smiled at me.

Her long golden brown hair was up in a ponytail, and she beckoned me over to her desk with a long, elegant arm. I sat in the chair in front of her desk, setting my backpack beside me.

"Is this about my audition? If there was a prob-"

"No no there wasn't a problem with your audition but I did want to speak with you about it.

" She thumped a stack of papers that I assumed were scripts to line them all up before she set them gently on the table. "I wanted to tell you that I am casting you as Lucifer."

"Is that alright? I thought your villainous monologue was perfect, and Mr. Lambar thought so too. When you finished and left the auditorium Lieutenant said that you had to be our Lucifer."

For our auditions for the school's original play called The Fall of Lucifer we had to act out both a heroic monologue as well as a villainous monologue.

I thought I had done pretty good, maybe good enough to get one of the fallen angels but not Lucifer. Lieutenant was the nickname for our stage manager.

"No it's great! I just didn't think I did well enough to get the antagonist. I read through the sample script earlier this week and I just had to go for one of the fallen angels at least!"

I stood up and shook her hand vigorously.

"Thank you so much!"

She laughed at my enthusiasm.

"Your welcome Riley, now hurry and get to class or you'll be late!"