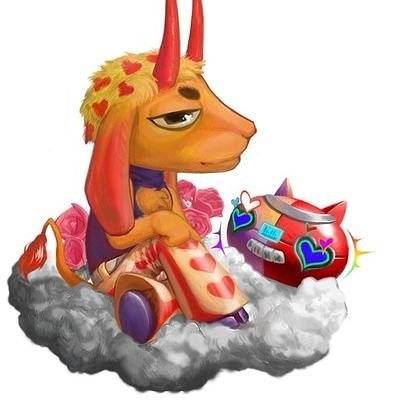 somskies https://mikasomskies.carrd.co
Autoplay OFF   •   2 years ago
Transcript Use Images
My grandmother likes to tell stories of when she was younger. Not many believe her stories. They change and shift with each retelling. Well, all except one. || A story of financial struggle, food, and family affairs. 825 words in length, but worth the read, honestly!
fiction obaasanhow you like itromanceromanticlovehomelessnesspovertyfoodokonomiyakijapan happiest short story storiesmost romantic homelessness storiesfunniest fiction stories

My grandmother, my "obaasan," cannot walk now. She is bound to a chair, losing her memory, and getting harder to handle by the day.

My grandmother likes to tell stories of when she was younger. Not many believe her stories. They change and shift with each retelling. Well, all except one.

Yuko, my obaasan, she was a cook. She was a street food vendor specializing in okonomiyaki.

The "how you like it" savory pancake born on the streets of Osaka, just like my grandma was. The story my obaasan tells starts with a lesson.

My obaasan's mother, my great-grandmother Yoi, taught her to cook at a very young age. Yoi raised Yuko on her own.

They lived in a slum near the centre of the city and made noodles across the streets from the market.

Yuko had burned a mans noodles and Yoi was angry, but the man was inconsolable that he would not get his lunch before his lunchtime ended.

The man said that he would report their street operation to the police, but Yoi told him to come back the following day. They would treat him to a special lunch to keep him calm and he agreed.

The following day Yuko carefully cooked him noodles with fresh vegetables and delicious meat. The man was impressed, and tipped generously. Yuko learned the power of a hearty meal.

She continued to cook, to set up shop wherever she could find the space.

The best part about being a street vendor is that she could go wherever there were food supplies as long as she had her pan. Not even fires and earthquakes could stop her stall.

She made a home for herself at her stall, and once she had enough money, in a small apartment too.

In the middle of this story a rumour blossoms. Yuko had moved on to cooking okonomiyaki full of delicious yam and cabbage and fish fried up into a perfect pancake.

People on their way home from work stopped by her stall in the afternoon. In the evening her customers turned to men from the surrounding bars.

The rumour came from a soldier who was passing through the area. He was part of the military escort for the emperor's son.

The rumour was that the emperor's son, the heir apparent had gone missing.

In a drunken haze, the soldier told Yuko that they had been searching all day and were unable to find him after he gave them the slip earlier.

Yuko shoved the man's order of okonomiyaki under his nose and he stumbled away to feast. She did not care whether the emperor's son was missing, but she didn't keep it to herself either.

The other listeners surrounding the stall at that time also spread the rumour and soon the country was in a panic.

A few days later my obaasan worked a full day of cooking for customers. Business men, factory workers, bar patrons, and more all enjoyed her meals well into the night.

Finally as the last of the crowd dispersed in front of her stall, a man appeared from the shadows. She says he was tall, handsome, and he held his stomach like he was hungry.

The man asked for a meal and obaasan laughed. She didn't cook for free.

When the man's shoulder sagged Yuko took a better look at him. She realised he was the emperor's son. As he turned to go she asked him to wait and she prepared her pan.

There was no way she would pass up the chance to cook for the emperor's son. She asked him to talk to her as he ate too.

She says the man must have understood what changed, because the look in his eyes changed too. They challenged to see what Yuko would do next. They talked and talked.

The man asked many questions about Yuko, about what her life was like. He was fascinated most in the mundane points of her life she says. They clicked instantly.

When the man finished his okonomiyaki she invited him back to her apartment, something she had never done before. He accepted.

In the morning he was gone from her bed and back at the palace. The emperor got his son back and order was restored. Nine months later my mother was born.

My mother used to believe this story when she was a little girl. With wide eyes she would look at pictures of her "father" as my obaasan told this story time and again.

She no longer looks at his picture that way. She scoffs when my obaasan shows the picture of him in the little round frame she keeps on her dresser. My mother says it was just a grandiose dream.

I look at my grandmother and the way she looks at that picture, the way her eyes glaze as she frys an okonomiyaki with the practised precision of a master, and I wonder.