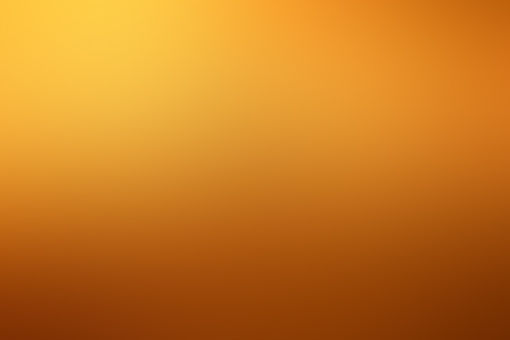 MIDNIGHT WALK ON A SUNNY NIGHT

She begins to walk in a normal pace again, when suddenly she hears a voice. It's like a can being kick at. Maybe it's a cat. But there isn't a single cat or dog back there.

She try to walk again, then there's that sound again. Now it's a step, behind her. She wants to look but somehow her instinct tells her to just move forward, rapidly.

So she begins to power walk again, and she can hears the steps also follow so. She begin to panics.

She look around to find a 24 hours convenience store, and she just realizes the nearest is the one near to her house. Which is around 5 minutes walk again.

But she thinks she can do it, so she run as fast as she can, trying not to hear the steps behind her. She can see the light, it's still far but the light is on.

It's the convenience store! She run again, not even turns her head on the crossing and she almost there.

When she arrives at the side of the store, she finally looks back and she sees no one. She could swear she hears some steps there.

She looks inside the convenience store the clerk is still behind the counter. The presence of another human being relax her. She go inside the store and buy some water and pudding.

All the running makes her thirsty. Her house is just another five minutes walk away. But she feels so close.

Rei walks out the convenience store and stops to drink, she throws the empty bottle to the trash bin and get ready to walk home. She turns to the other side of the store and begin to walks away.

"Miss, i think you drop this."

Rei stuns. She looks to the source of the voice. It was a middle age guy barely standing, probably because he is drunk.

"You walk so fast miss, why are you running?"

Rei can feels her body freeze. She looks to the convenience store, it is impossible for the clerk to see where she is right now. Unless he comes outside, should she screams?

"Heey, i'm talking to you. Why are you so rude.." the guy comes a few steps nearer.

"Whaat are you scare of me? I was trying to help you.. you dropped this.."

The guy suddenly charges at Rei, and pull Rei's hand. In his other hand the guy swinging around some scarfs Rei never see before.

"It.. it's not mine please let me.. let me go. Let me go!" Rei try to screams but the strength of the guy holding her wrist makes her almost paralyzes.

She remembers shaking her hands so hard to set free, she evens close her eyes. The plastic bag with the pudding for Take and the twins is flying around.

She can feels the tears in her eyes begin to drop.

And then suddenly, the guys grip is gone. She can't believe what she feels, so she open her eyes.

"The heck are you doing old man? Aren't you drunk enough to walk around at night."

The old guy now sitting down, trying to grab his senses.

Oh my god, some one save her. Thank God. It's the clerk, he saw what happened. And she come to save her, Rei thought.

But then Rei take another good look of his saviour and realizes he isn't the clerk.

And more importantly, i think now that all her adrenalin begin to calms down, she thinks she knows him.

Rei looks at the old man now sitting down in the ground. Her saviour seems pull the old man pretty hard to get him into that position.

"Damn, that man is wasted. He doesn't even bother to gets up." said the guy who save her. "Hey, are you okay, lady.."

"Ah.. eh.." she stills catching her breath after all that struggling before. "..thank you.." its all she can think of.

They both now properly look at each other.

"That's because we go to the same school." Rei reply almost instinctively.

The guy looks amused. "Whaat? No way, what a coincidence." He looks at her again. "Wait are we in the same class?"

The old man makes a rattling sound that surprise both Rei and the guy. Right now the clerk at the convenience store seems to realize there is something happening outside.

"Oh shit, we gotta go. I don't want to make a commotion!" the guy without warning grabs Rei's arm.

"My house is over here." said Rei.

"Realy? Mine too. But a little bit further." They both running away from the convenience store. Rei turns around to see if the old man following them.

She sighs in relieve when she sees the man now peacefully sleeping near the garbage can. Now she and her saviour walks away in silence.

Now Rei's house is in rear sight, she begin to gain her composure.

"Why are you out in a night like this?" The guy and Rei ask the same question at the same time.

He then quietly stop walking under the street lamp. It seems he once again observing Rei.

"Hey, are we really go to the same school?"

"We ran to each other in front of Asahi Reina's class." Rei speaks calmly.

"You! You are Kobayashi Hideo's friend! The one who delivering the message to Reina chan!" He shouts.

"Yup, you're right" Rei turns around and walking toward her house. She's not in the mood to talk about Hideo with some stranger.

"Hey wait up. You're Toshi's classmate right. I remember he said your name.. Okashi.."

"It's Ogami.." Rei answer half-heartedly. She begins to feel irritated by this guy's memory recollection.

Fujiyama stuns a bit, then he asks again.

A question that surprise Rei enough to makes her stop walking and look at Fujiyama.

"You just save me. Why would I scared of you?" Rei asks.

"What are you doing out at midnight anyway?"

"It's not your concern, but I just come home from my part time j.." Rei suddenly realizes she shouldn't talk about it to the same student of her school.

Thank God is dark, cause Rei can feels her face turns pale.

"It.. its not that. I just helping some friend.." Rei mumbles.

"Well your friend should at least takes you home. It's dangerous to walk around this time at night."

Rei feels cornered. "What are you doing out in the night like this anyway?" she asks back.

To her surprise, Fujiyama avert his gaze to the side, so their eyes won't met.

"Well i just got rejected before summer holiday starts, so i just walking around to clear my mind.."

Rei freezes. This guy just answered the question right of the bat without making some silly lies or excuse.

Now she felt sorry because she lied about her part time job to the guy who already saved her. and at the same time now she has some confirmation that Reina and Hideo is probably already a couple.

"Wait, you don't know? Aren't you friends with Hideo?"

Bullseye! Think Rei. This guy pretty perceptive despite his look. And Rei is to tired she can't hide her true colors.

"So what if I did. It doesn't matter now." After saying that sentence Rei surprised herself by how easy she admits it. It's probably from the shocks being attacked by a drunk man.

"B..But you can't tell anyone okay! Not a soul!" Rei squeals.

Fujiyama is taller and bigger than Rei, so her grabs merely do anything to him. But he looking at her surprised by her hasty action.

"Just promised me you won't say anything to anyone!" Rei's tone get higher.

"Right.. sorry and thank you. If you want anything in return for your help.."

Fujiyama smirks. "What? what are you going to do?"

Rei don't know how to answer that, so she just excuses herself.

"This is me.." she point out to her house, "thank you again for saving me, i'll try to compensate for it someday." she then bows without looking at Fujiyama.

Fujiyama doesn't say anything in returns. Rei feels bad, because she asks something stupid of him before. She turns around to him again.

"Where is your house exactly? Is it far?"

"Just a couple more blocks down that road." Fujiyama point out a direction.

"Anyway.. what are you doing tomorrow?"

"Why? Are you asking me out?" He laughs.

Rei begin to irritates again. But she already asks so there is no turning back.

"If you have time.., why don't you come by this afternoon I'll bake a cake for my brother. You can have some if you want.. you know as a thank you.

" Rei said while she feels like she swallowing a stone in the process. But the guy did save her and it's the only normal, and cheaper, way to thank him.

Rei thinks she hear the question wrong, but it actually is not. "Yes, we do."

"Great then. I see you tomorrow." Fujiyama smiles and flee from Rei's sight.

Rei looks at her hand and realizes the pudding in the plastic bag already ruins due to the altercation with the drunk old man.