Commaful
Welcome to the kitten city 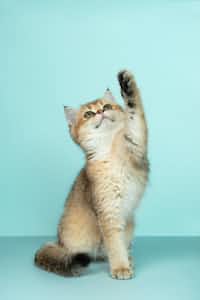 snowfrost13 Creativity is intelligence having fun...
Autoplay OFF   •   a year ago
Transcript Use Images
Join Lucy the cat and her best friend Bella as they go to the human world to a new family!!!
fiction catsfictionfantasy

Welcome to the kitten city

Lucy yawned.She was tired ,like a lot tired !The cat ministery hadordered that all the cats needed to work...

Can you believe those Cats!Cats needed to work!It wasn't in their nature to work!And the reason that The minister (whose name was Oliver -who keeps his/her name Oliver?) She was sooo angry!

The minister Oliver had gave only one reason......That Cats now needed MONEY!!!Many cats were against it at first,but the ministery was like,sure its great.

Lucy had a feeling that they were doing it because they are the only cats who work!Of course they would be happy!!

The cats had been living off in a secret place to which only cats could go -The Kitten City. It was the safest place any cat had ever been to.

But that stupid good for nothing ministry decided to send off some cats to the Human world to live off either on streets or in homes with the humans! 'STOP ACTING STUPID!' was what she wanted to say(yell) to them.

Lucy was given a house in New York that had 2 parents and (obviously) a child(girl).

Her best friend Bella was given a house next door(mind you she thanked the god for that) which had same-2 parents but 1 son .Lucy and Bella had a good amount of 5000 k's(kits) as salary.

They were appointed to be workers who told humans when something wrong was going to happen.

There were some cats who had this special feature of telling when something bad was going to happen.Bella and Lucy were two of them!!!

The next morning,Lucy was ready to go!She met Lucy at the metro station and they both went together through the underground route to the human world.

Everything was going alright,they were happy with their new families.

It was a peaceful day .The parents of both the kids were gone to work.The kids were in Lucy's human home along with Bella and Lucy when suddenly both the cats got a warm feeling.

They both were thinking the same thing'Could this mean.....'

Oh no!'"FIRE!"Both the cats said verbally agreeing to each other while the two kids looked at them in shock ,"You can talk?!"Alice asked shocked. The kids were in shock,who could blame them? You don't see talking cats evert day!

"C'mon we gotta go check Lucy,maybe its fire.If it is we can call the fire brigade!"Bella said as she and Lucy both ran towards the kitchen.

They saw that there was a huge fire on the other side of the kitchen.

They ran towards The kids and told them to call the Fire Brigade.

Alice and Andrew did as told.The fire was extinguished before it could spread.They and their house was saved!

After the incident was over,Alice and Andrew talked to the Cats in private.

After a LOT of explaining,They finally understood and were very excited that there was a city full of cats there somewhere

Any accidents were prevented due the special ability of Lucy and Bella!

Their lives were great thanks to our favourite cats!