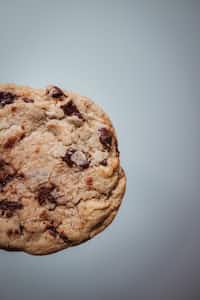 snowfrost13 Creativity is intelligence having fun...
Autoplay OFF   •   a year ago
Transcript Use Images
10 year old Katherine and 5 year old Clara fight over something they want.(A cookie!)
funny cookiesisters

Katherine was is a great mood today!She and her sister did not even fight a single time since morning !!

It had been only 2 hourse since they had woken up!This was a great process so far and a new high score.Last time they had started fighting in only 1 hour since they woke up.

"Coming girls!We have special pancakes today!"Their mom said from the kitchen."WOW!Pancakes!"She and her sister said.Now they were acting like sisters.

Clara glared at her and Katherine glared back.

They ate their favourite pancakes and after some time ,they were hungry again!

Katherine went to the kitchen ,she didn't notice Clara following her.Katherine saw a jar in which there was only one cookie'Might as well eat a cookie instead of staying hungry'she thought.

She opened the jar and was about to eat the cookie when someone knocked her to the ground.

"OOF"was her intelligent reply to the person-her sister!!Clara snatched the cookie from her hands and ran off in the direction of their bedroom.

Katherine being the intelligent sister she was followed her .When she reached the room ,she noticed that Clara was about to eat the cookie!

She dived towards Clara and began tickling her non-stop."OOF HAHAHAHAHA!!!"Katherine took the cookie that was apparantly on the bed and was about to eat it when......

Clara started pulling the cookie her side.Clara had decided that she was going to eat that cookie !

THE COOKIE BROKE INTO HALF DUE TO THE PULLING!!!

Both the sisters ,not happy with the reward were snapped out of their thoughts by the sounds of someone chuckling.

They looked over at the door to see their parents over there laughing.Clara started laughing as well and so did Katherine.

They laughed another day in their house passed by just like that!