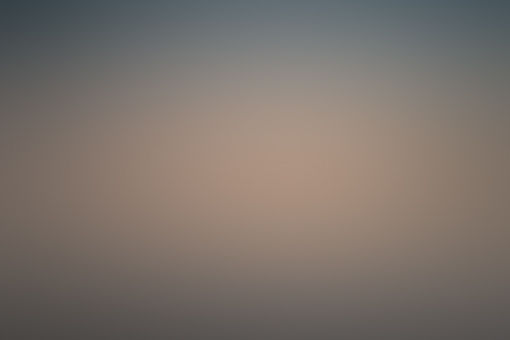 snakequeen Community member
Autoplay OFF   •   3 years ago
Transcript Use Images
Okay! Line up, and put your hand in front of you!” “Up, up, up up, why won’t it go-” The board whacked Cade in the face. Meridan’s board wasn’t going up at all, and Kieran’s board was a bit wobbly.
thriller cadekieranmachaaumeridanflute

Okay! Line up, and put your hand in front of you!”

“Up, up, up up, why won’t it go-” The board whacked Cade in the face. Meridan’s board wasn’t going up at all, and Kieran’s board was a bit wobbly.

My board was the only one that behaved, shooting towards my hand like it was a magnet attracting metal.

Nick meanwhile had gotten on, (I learned his name after the explosion,) and had zoomed up towards the roof.

“Don’t you dare go anywhere. I’m getting him down.” said Ms. Sweep. However it was too late for this, since I had already taken after him to save him from falling to his doom.

I managed to catch him. “Flute! Get back down here!”

“Silence!” She grabbed both me and Nick by our arms. Nick, to take to the hospital wing who had apparently injured his shoulder bone by some miracle, and me to go presumably to detention.

“Now I want to tell you something. Since we can’t have you disrupting the class, the headmaster instead wants you to be- on, the Machaau skysurfing team.” Wait.

What? “You demonstrated your skill even if your recklessness. You saved him from serious harm. Even though you aren’t exactly Catcher material, I’ll make you a Scorer.

” Wait, what? Never mind that this was going to be awesome. “And I forgot to mention, but you’re the one taking him to the infirmary.”

“But I can walk!” Complained Nick.

“Too bad. You need someone to make sure you don’t injured yourself again.” He finally let me lead him to the hospital wing. “And also afterwards, go to Owen for your training.”

After a lot of walking back and forth, she brought Owen to me from a different period that he was in. “Hey, guys looks like I’m teaching you, huh?” Wait. Guys? I was a single person!

“You were behind me the entire time?”

“Well sort of. I came about ten minutes later. Apparently the Machaau Skysurfing teacher, (Randa) wants me to become a Catcher after saving Nick’s chi ball.”

“Oh! So that’s why I thought I had someone behind me! I just had a feeling that someone was following me.”

“Okay!” Shouted Owen. “Hold this.” He handed me a small hard metal ball.

“What’s this for?” I questioned.

If the ball touches anywhere else on their body, the ball goes to that team. The only way to touch the ball for you would be with Machaau.

Use a staff until you’re able to use your gloves and finally your hands.” He answered. “And you,” he turned to Andy, “have to try to catch the ball, without using Machauu.

If you do, your team is awarded a total of fifty points, where usually you are awarded only five for scoring a goal. The game ends after that.

If the opposing team catches it… Anyways, the other roles are a defender and an attacker. There are two catchers, ten scorers, four defenders, and four attackers.

The attackers are allowed to use any spell to attack the opposing team. Any head or belt hits are forbidden. If you’re knocked off your board, you’re eliminated.

The defenders are supposed to defend their players. They get shields and staffs. They can use the ball, but if they both get eliminated the team loses.

This sport is used in the Warrior Trials held every year until you’re fifteen.”

“What other sports are there?” Inquired Andy.

“There are no other sports. Just the trials. The endurance test, the random test, the survival test, and the sparring match. When I say random, I mean random.

They can go from drilling test questions to leaving you stranded in a desert for a week.” I gulped. I did not like the sound of that. “Everybody here is required to participate at least once.

You can participate again if you flunk the first time. The most times someone has failed is four. And that would be Takisan, who uses this to sabotage other contestants.

” I remembered that Takisan was the one who had put Dog Violet in the soda, a mild laxative.

I personally wanted to enter my first year here although I thought that it might be wiser to enter it in my third year at least. I looked at my schedule:

Great! I loved Herbology! It was mostly because I knew of almost every single plant. Dong, Dong, Dong! The bell rang. I dashed off to next class. Andy turned to face me.

“Do you even know where we’re going? Because I don’t.”

“Not exactly, but I can smell the plants. It’s on the opposite side of the building.”

“Well I grew up on Sun Island. It’s mostly just island and no development, so I learned what the plants were at a young age.

It comes in handy when you know the magical items around here!” I rounded the corner and stepped into the greenhouse.

“Hello class, I’m Ms. Rose and I’ll be your teacher now. We’re going to be learning about the enhancer plant; it’s easy to use with Machaau but hard to find.” The plant was also hard to grow.

It took a while to find that if you didn’t keep it in a certain temperature, or a certain lighting the plant would die in a matter of seconds.

Nick actually succeeded in this, and so did Meridan and I. The period finally ended and I was sent to History of Machaau. The professor Mr.

Woods was really boring, and I was tempted to fall asleep. I only stayed up to hear snippets of what might have been the things he was teaching.

“Sir Watson discovered Machaau when he was positioning as a monk in the Temple of the Moon.

Mixing the aura he had collected from his training as a monk, with the chakra and magic from being a warrior earlier in his life, he renamed the practice Machaau, in which it is called today.

” The teacher went on even though no one was listening.

I heard it being discovered in the eighteen hundreds, in which they had used it for machinery, in the nineteen hundreds for medicine, and presently they used it for battle and war.

It was an interesting lesson but a boring teacher. The bell finally saved me, but the teacher gave us a whole scroll essay due by the end of the rotation.

Let me be clear with you; There are four moons in a solar turn. Each moon has eight rotations, all eleven and a fourth stars. There are three hundred and fifty six stars in a sun.

Purple is for the Seers, which is a rare and gifted power. Red indicates self strength and willpower. It is both rare and hard to do. You can use it for attacks with willpower and such.

Orange generates energy and takes it in. Yellow heightens your senses and your processes, and spells. Green heals. Turquoise enchants. Blue both heals and heightens.

You could be an User; or a manipulator of aura. A Wizard, or a user of magic. A Soul-bringer, or a user of chakra. Your test will consist of using a crystal.

Despite the crystal that you used earlier, this one sees your energy, your type and your group. An enchanter will find it easiest to conjure or manipulate.

An conjurer- well summoning and enchanting. An enchanter can set specific spells on an object but has to write terms of use.

A manipulator can move, bend, or change, objects but can not make them do specific things. A focuser can burst, focus, pass, or drain energy from a being or an object.

A summoner writes a contract with beings and can use it to bring people, objects, or beasts to their current location. A conjurer can only summon something if they know where it is.

However it doesn’t require a contract. Those are the magic classes. Users are defined by color, and Soul-bringers don’t have classes.”

Now… my head hurt. Well, I knew I was an user, but what type? “Cade Towers. You’re up first.” She sighed and walked up. “Magic. Class: summoner.”

“What?! Now I have to make blood-contracts?!”

” I quickly recognized the black haired girl as Nissa, and the red haired girl as Majica. The black eyed boy had been Han, the brown eyed boy, Tom, and the bald headed guy Curtis.

The class was filled with people soon; having given the instruction of focus your Machaau; breaking things, expelling energy, collapsing, getting powered up,

getting sick; and in total not doing what Ms. Ross had asked. The class ended as soon as I was getting the hang of it.

“Dinner! Anyone not in the hall by four gets locked out!” bzzt. “Announcements! The holidays for not attending school are: Full Moon Eighth Rotation. That will be for the Warrior Trials.

Also the last three stars of each rotation are free days.” bzzt.

Yes! The eight rotation was only seven rotations away! And an entire week out of school!

I wondered how Battle Arena would be since all the first years, having come in at 8:20 had skipped that period.