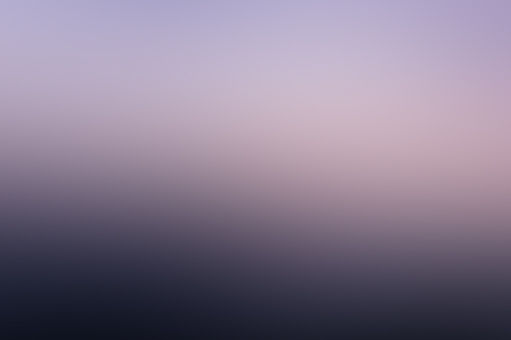 snakequeen Community member
Autoplay OFF   •   3 years ago
Transcript Use Images
~Flute Finn~ I bolted awake at five in the morning and shook Meridan. “Hey are you awake yet? We’re over an island.”
thriller cadekieranmachaaumeridanflute

Warrior of Warriors: The Third Trial Begins! Kieran and Cade

I bolted awake at five in the morning and shook Meridan. “Hey are you awake yet? We’re over an island.”

“Well no point in going back to sleep, ‘cause you’ll wake me up again. Besides I was already awake… At two. What about the island?”

“Perhaps. As much as you can call a deathly island beautiful. Contestants manage to die on this one every year.” He pointed. “And many trying to escape because of loss of will.

” He gestures a lot of craggy rocks below, sharp enough to pierce metal. However I wasn’t looking at that.

Rather, I had been looking at the rainbowy waters below, the waterfalls crashing down, the white sandy beach, and the dense jungles, as well as peaks high in mist.

My mouth formed an ‘o’ at the landscape while Meridan just rolled his eyes, seeming more relaxed and casual this morning despite his supposed annoyance at me.

I secretly thought he enjoyed my attention but was too ashamed to admit it. He rolled back over to look at the sea and I caught a glimpse of something sparkling in his hand.

“None of your beeswax.” His words were harsh but the faint tug of the lips portrayed otherwise.

“Will you stop bothering me if I tell you? Oh nevermind. It’s not going to work and if I tell you to go away you won’t listen. It’s a necklace.”

“You mean- ‘I won’t let you even exit the house,’” I mimicked the mother. He snorted into his hand. It was the first time he had cracked a smile.

“Want some by the way?” I offered him some fruit. “Not poisonous no laxatives, no added things.” I cracked with a grin.

“But I like poison,” he joked lightheartedly. “It’s nutritious.” It was my turn to roll my eyes. He finally accepted the fruit. “This is actually good.”

“Grown from my backyard… the island.”

“Really? How many houses do you have?”

“Wait- you’re that rich? So why exactly did you not want your home again?”

“The inhabitants. Look at the front door and you won’t even bother. It’s fifty times as much as the weight. Literally.”

“Hey you two are waking me up!” Complained Cade from behind us. “Wait, it’s two?! And why do you seem so friendly all of a sudden? Is there something going on that I don’t know about?”

“Him waking me up?” Suggested Meridan lamely. “Whatever. I guess I’m going to be exploring the ship before the rest of the people wake up.” He headed off, settling into his usual cold demeanor.

I shrugged, I figured I would try to explore myself, since there was no point in making everyone else cranky.

“So why was he so nice to you just a second ago?” Drilled Cade.

“He shouldn’t be; he already gave you two death threats, two almost deaths, made fun of you and just seemed to be using you ‘as a friend’ as an excuse to make Ms. Glass happy.”

“Dunno. I just figured we could be friends in the beginning; I didn’t give thought to how he might respond. Besides.

Technically those weren’t really that much of death threats, the attempted killing was because of the trial guy, and was kind of my fault, and the other one was my fault too.

I thought he genuinely was happy of me as a friend after the test before.”

“Whatever, I have to go back to sleep, before the other early birds wake me up.” I left as well.

I woke up due to loud talking from apparently Meridan, Flute and Cade! At least now both Flute and Meridan had left. I had concluded that Flute was kind of weird, but I guess decent.

But Meridan was completely cruel and I wanted nothing to do with him. Should I talk to Cade about the matter? I guessed not now; it would have to wait.

The blimp seemed to be nearing its destination, from the slowing of the ride. Oh great, there went my sleeping time. “Cade?”

“Hmm… What?” She yawned and rolled back over. Seriously, that girl went to sleep fast. “Oh, it’s you Kieran. What do you want?”

“What do you think of those two?”

“Flute and Meridan? Flute… well he’s kind of energetic and kind of annoys me sometimes, but he’s a real great friend. Meridan? I don’t like him. He seems kind of mean and hostile.

Remember when the proctor said to eliminate our teammates? He had nothing holding him back; he nearly killed Flute until the proctor told him it was okay not to. He looked like he wanted to.

I can’t imagine how he grew up.”

“All contestants exit the blimp! The survival test begins now!” The proctor yelled.

“Wait what?!” Yelled Cade groggily pushing himself out of her bed. I raced to the top deck and bolted of the ship. Oh great. Survival test.

If someone knew something about survival it wouldn’t be me. It would mostly Flute and Meridan. Cade sucked at survival; while I didn’t want to leave her behind, she would drag me down.

There was no point in trying with Meridan, and frankly, I still didn’t trust Flute with my life. He was such a goofball at times. I jumped onto the misty ground.

The fog swirled around me, and frankly I couldn’t see where I was going. Pretty soon I heard footsteps following me. Bump! “Hi Kieran! For a second I thought you were the enemy.

” Thanks a lot Cade. Although I can’t blame you.

“Well here I got two people…” Hissed a voice a few yards from us. I stiffened. “One a clumsy idiot, and the other just as pathetic.

” I looked up and shined Machaau in the direction the voice was coming from.

Majica Scarlet stood there; she held two swords, and a red tank top covered her upper half, a red sash went around her waist,

and she had black pants that went out in a diamond shape weirdly enough. I’m so in trouble. I took off. I didn’t know what to do.

“Run!” I coached. Cade apparently was glued to her spot. “Cade! Just move it or we’re going to die!”

“I know! But I can’t! I think my legs froze or something!” I got annoyed and grabbed her, hauling her out the way. Majica just laughed at our poor attempt to get away.

“Seventies pants is getting on my nerve! I’m trying to get out of here!” Loudly complained Cade.

I almost choked; she was trying to kill us and all Cade could think about was her pants?! I dived behind a bush. It seemed like eternity but she finally past us and went away.

“It’s just a shoulder cut, I’ll be fine.” I inwardly cringed. A searing pain and hit my body as soon as I had uttered those words.

“I’m on lookout! Just wait a few minutes!” Cade obeyed finally, and shut her mouth but was still fixated on the small cut slowly blossoming with red. My world shook.

It felt like I was having a cold sweat. Poison? Oh great. I probably shouldn’t have refused Cade’s help. I suddenly blacked out.

And of course she gets knocked out. I told her common sense. I finally began working on her wound with bandages and salve.

I was worried we might get attacked while we were sitting here, but thankfully the mist provided cover. I could hear scuffling in the distance.

I finally got up making sure to hide Kieran in the bushes to figure out what was going on. I finally found what had happened; It was Rex Redford lying face down in a puddle of blood.

He had two crescent slices across his chest. Looks like Majica found a victim. I shuddered with the thought that I could have been that person. I headed back to the cover of bushes.

I finally decided to build a shelter.