Commaful
Warrior of Warriors: The Third Day and We're Already With a Detention! 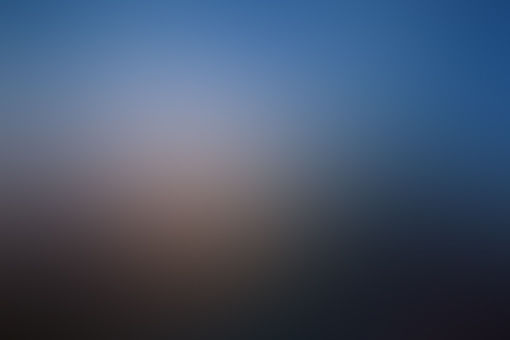 snakequeen Community member
Autoplay OFF   •   3 years ago
Transcript Use Images
“What’s in it? Flowers from a really persistent boyfriend?” Teased Rosabelle. “I don’t think I have any- anyways. AND QUIT SAYING THAT I HAVE A BOYFRIEND!!!”
thriller cadeakoshsoniakieranauroglomachaaumeridanflute

Warrior of Warriors: The Third Day and We're Already With a Detention!

“What’s in it? Flowers from a really persistent boyfriend?” Teased Rosabelle.

“I don’t think I have any- anyways. AND QUIT SAYING THAT I HAVE A BOYFRIEND!!!”

“Jeez- Cade, that was just a joke!” I groaned at her, and rolled my eyes. I slit open the box. Inside lay a set of glass vials filled with ew! Was that blood?!

“I think I just caught blood-o-phobia!”

“So? It’s gross!” I upended the rest of the contents. There was a note as well inside.

Here are some samples to test. If you break it, I’m going to kill you; probably literally, although you’re safe for now because I’ve got it in for Kieran.

That annoying brat finally caught up to me, and told me to come back. Ungrateful wretch. The samples of blood are from the creature that Kieran found earlier. I finally pinned it down.

If this comes any later than the fiftieth I’m going to strangle someone. I sent it at the forty eighth. Find out anything you can.

Send it back before the end of the dark half moon, we can’t afford to miss the data at the empty moon. Flute the Fluke is still injured. And I bet it’s your fault isn’t it?

Begrudging Regards, (or Kieran wants me to say Warmest Regards and rewrite this letter but I sent it in already) Meridan

It’s a good thing I got samples. It was just like one of the Guardians read my mind. I would test this in the lab, right now… and go before… Brrriinnnng! The bell rang.

Seriously?! Rosabelle leaned towards me. “So what in the world does your boyfriend want to say? Awfully persistent, isn’t he?”

“I told you I don’t have a boyfriend Rosabelle!” We entered the mess hall and almost got locked out again.

The girl shook her head and told us not to make a habit of being late to eat or we really will be locked out. I picked up a sandwich and hurried to the library.

“What are you doing Cade? And what does that say?!” She nosily peeked over my shoulder, only for me to reactively shove her face away.

“It says that my annoying ‘boy’ who is not really a ‘friend’ wants me to analyze these, in a really rude way.” I picked up the vials and showed her.

“Okay forget it! That’s gross!!!” She yelped jumping back. “There is flesh floating in there! What is wrong with your creepy stalker!?”

“He’s not in anyway liking me; trust me! Saying that you’re gonna kill someone if they can’t do a job isn’t exactly a way to say that you like someone!”

“Huh? He said he would kill you? Maybe a crazy boyfriend?”

“For god’s sake he is not my boyfriend! And I wouldn’t crush on an assassin anyways!” Oops. The a word slipped. Well obviously not the real one. But still.

“Assassin?! What in the world is wrong with your boyfriend?!”

“I already told you!- forget it.” Rosabelle gave me a satisfied smirk. Was she just trying to get me to get a boyfriend? Oh great. I flipped through the books as fast as I could.

There were no books on this ‘homicida nonaginta’ or a ‘novis recta accommodatio obtineri.’ I shoved the two hundredth and sixty fifth book back into the wall.

“How about you just give up and go to the potion lab instead? Obviously there is no books on the subject! You-” Bonk! A book hit her on the head. “Cade! Put in the books better!”

“Oh- how is it my fault?! That-” I picked up the book and saw a strange collection of titles.

‘The Ravings of a Madman While on the Way Back From the Unexplored Lands,’ ‘My Diary,’ ‘The Suspect of Lies Turning Up On Media,’ ‘Is the Truth About the Unexplored Revealed?

’ Each of these was posted on top of the last. The one that stood out the most though was the huge RESTRICTED print that couldn’t possibly be missed. I glanced at Rosabelle.

“Um- yeah, we should totally hide that.” I shoved it into my purse.

“What, exactly are you kids doing in the library at this time?! It is… eight thirty two! You should be in potions!”

“So sorry Ms. Ross!” We both apologized.

“I forgot that the schedule was half an hour earlier.” I lied.

“Well get in potions! Your mother is teaching and it will be such a disgrace if her daughter is late! And for being late, you get a detention! Both of you!” Wait what?!?! Oh great.

How am I going to study this in detention?! “What was sent to you anyway?

Packages are required to go through administrations before going to students! You’re not allowed to send, animals or animal anything, classified restricted or unknown items.!”

“Um… actually it was pretty much empty, the jerk was sending us empty packages just to annoy us and the mailman. It says ‘Haha, I fooled you.’ It just seems to be from one of Cade’s haters.

Although there was an imp inside, and we pursued it up to the library.

It’s been knocking down books and causing a ruckus! We’ve been trying to find it, like forever! We kind of lost track of time. Is an imp dangerous or something?” She faked childlike innocence.

“Of course a rogue imp’s dangerous!” Ms. Ross hurried off.

“Did that buy us time or what?!” Asked Rosabelle mischievously. I was forcing a frown so Ms. Ross didn't notice it was clearly a lie. “Now let us hurry to class before your mom kills us.

” We wound up seven minutes late to class.

“Um… you see… we might have to do a bit of rogue imp catching.”

“Imp catching? Some jerk sent me an imp in a package and Ms.

Ross said it was dangerous? So we were trying to chase it?” I felt bad lying to my mom, but if we continued the class, there was no way I would ever get back to my friends if I stayed idle.

Besides, I had to keep the story straight or Ms. Ross will totally get me and Rosabelle expelled. My mom practically exploded.

“Cade Towers! Of all things you had to release in the school it had to be an imp?! Imps are bad luck and can even kill people through that.

Talking about imps why do you have an imp in the classroom Mr. Monikasa?!”

“Um… it’s a pet. And It’s not rogue. It is a perfectly behaving imp other than the twenty three times this school year I had to chase it around.”

“Twenty three?! Okay whatever, pretty soon I’ll tell the actual teachers to get that confiscated.”

“But!” He didn't really have a comeback.

“I will pair you guys up to find this so-called imp. Forget about potions class. If the imp is wreaking havoc, it will only wreck all of the classes.

Since Cade and Rosabelle have discovered this intruder they will be paired up to find it, and will be the heads of this chase.” Our mouths gaped open. Oh great.

That meant that someone was going be constantly asking us questions! That meant we would never get a chance to read this stupid book already!

“Other than that everyone is free to pair up on their own, but if there is any horsing around, you all can go to class instead.”

“I don’t want to go after imps though! I’m scared of those things!” Complained Christopher. Everyone gave him the really look.

“I bring my imp to class every day and you aren’t scared by him. He’s kind of cute, right?”

“More like scary…” the poor guy muttered under his breath.