Commaful
Warrior of Warriors~ The Myth 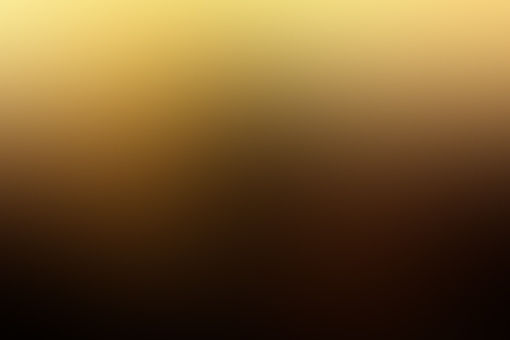 snakequeen Community member
Autoplay OFF   •   3 years ago
Transcript Use Images
[=Cade {=Kieran \=Tann |=Dollie /=Lane {Well… long ago- obviously. Was two friends. Yusuru was the kind one- but pretty terrible at soul magics. Pagos was the gifted one, praised by all his peers. They lived in neighboring kingdoms.
fiction cadeakoshsoniakieranauroglowillmeridanjohnflute

Warrior of Warriors~ The Myth

{Well… long ago- obviously. Was two friends. Yusuru was the kind one- but pretty terrible at soul magics. Pagos was the gifted one, praised by all his peers. They lived in neighboring kingdoms.

At the time, from their birth to age fifteen they were- I mean the kingdoms were at relative peace. Yusuru and Pagos were secret friends, living on the edge of the border.

a problem came to light; Pagos’ parents were warriors and fought against Yusuru’s side; Yusuru’s side was expected to enroll in the military at the age of sixteen- coincidentally the year

that their sides erupted into a full scale war. Pagos didn't know that.}

\Well that was pretty descriptive; but that was not all.\

{That’s what they taught in class… Are you a history expert or somewhat around that area?}

\I was kind of interested in it from a young age and- back to the story. To go into their backstory; Yusuru was an orphan who wasn’t too educated.

He barely knew how to hold a sword, much less follow a general’s orders… And people from his kingdom didn't hold orphans in high regard. Pagos hit his birthstar at the age of war as well.

And, unknowing that Yusuru was in the military, wanted to come with his two parents to a minor military base- though they refused. So he snuck out.

Yusuru’s general was reckless, and wanted to thrust the barely trained youths into the war. He didn't care for their welfare, since they were all orphans.

And with his egocentric train of thought; he wanted to conquer the small bases to supposedly scare the larger units into surrendering- even though the rest of the military was attacking

the larger bases- hence Pagos thinking he had safety.\

|Yusuru pretty much tried to ditch the mission, and hid in the trees.

The general- having no control over the youths; didn't notice that all of them had split up during the course of their mission.

Pagos parents; realizing that they were being attacked; surprised the ‘soldiers,’ forcing their retreat. It was only until later, they discovered they were less than eighteen.

Yusuru was all alone, with no back up, and no fighting skills. When Pago’s parents’ unit attacked; Yusuru’s only chance was to flee.

However, he awakened some sort of power and somehow completely annihilated the small militia.

Pagos, who had been watching, was devastated- he had no way of knowing who had committed the horrendous action though…|

/It… isn’t. Although many blame him for reacting. Pagos, in his rage, attacked Yusuru not knowing of who he was.

Yusuru sustained many injuries before the general finally found him, and finally paid for his hospital needs,

for Yusuru’s defeation of the entire unit- finally giving him a promotion to commander.

Pagos had been in a disguise at the time- which is how he snuck into the base; so Yusuru didn't know this was his friend either, and he had no way of knowing he had killed his friend’s parents,

having never met them. Pagos visited his friend’s house, only to find that he had been hospitalized.

Unfortunately, since Pagos hadn’t known about the anti-(his side) policies, he got captured and brought in for questioning, despite his low age. The soldiers cruelly decided to torture him.

After later hearing them talking about, what a great victory Yusuru had brought the kingdom against Pagos’ parents; Pagos was sure that Yusuru was behind the torture unit.

He also knew that Yusuru had been the one to kill his parents. He demanded to see this ‘commander.’/

{He also demanded a fight. The loser got to die. The winner only got the satisfaction of the other’s death.

Yusuru felt so horrible about what this implied, and the fact that it was his fault, he released Pagos and begged his forgiveness.

He punished those who had tormented Pagos- but that in fact was not enough to satisfy Pagos’ enragement.

Pagos, thinking Yusuru was in fact a coward- attacked him in the middle of the woods at night. Yusuru barely blocked the attack, and then had to fight back.

This battle raged for an entire winter, devastating the landscape. While Yusuru’s people thought him a hero; Pagos’ thought him a despicable traitor.

Although not hardly an equal match with Pagos’ great skill, Yusuru’s support won the war ultimately banishing Pagos to a different world where he got to live out as a normal person,

completely stripped of his powers, until he was brought back. Fun Fact: well not really- no one wanted Pagos back.}

\Though I equally support both of them in decisions, it doesn’t seem like too many people do- and this world will be thrown in to havoc, if they see Pagos.

The myth as known to many was the simple fact that Pagos was brutal and cruel. And being stuck there for one thousand two hundred eighty years isn’t going to help his temper.

If he remotely finds out that-\

/He’s going to kill everyone here.

Everyone who has wronged him- and even without burning his name from history textbooks it’s enough to incite him… He would be on the side of those who even remotely supported him.

And trust me, my are they angry at us for being from the privileged mainland./