Commaful
Warrior of Warriors: Something New Every Day 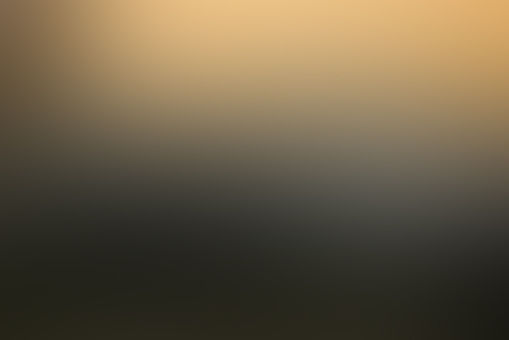 snakequeen Community member
Autoplay OFF   •   2 years ago
Transcript
“Think of your happiest most joyful, most sad, or most angry moment. It is best to think of one that is happy. Use that as your anchor. If you ever lose yourself in its corrupted Machaau think of that moment; and you will be pulled back to yourself. Then combine any Machaau you have into it.” Freedom.
thriller cadeakoshsoniakieranauroglomachaauwillmeridanjohnflute

Warrior of Warriors: Something New Every Day

“Think of your happiest most joyful, most sad, or most angry moment. It is best to think of one that is happy. Use that as your anchor.

If you ever lose yourself in its corrupted Machaau think of that moment; and you will be pulled back to yourself. Then combine any Machaau you have into it.” Freedom.

I’ll think of freedom and confidence. I pushed my energy into the crystal.

“Yeah! That’s really good! You’ve got it kid! Now can you please stop making me talk in this baby voice with this stupid grin on my face!?

” He was grinning like a madman and was indeed talking in a preschooler’s voice. So my ability was inflicting emotions? I finally pulled back. “Thank the holy guardians you stopped.

That is… disturbing. Well now you know your power. And you can use it well.” I nodded.

“Is there any particular way to train?”

“Yes. Fuel positive emotions; if you’re negative the same thing will happen to you as me.” This definitely was freaking me out, but I had to train someway. This way I wouldn’t be the weak link.

“That was kind of cold, partnering them up like that.” Lane remarked for the thousandth time.

“Well they need to learn basic life skills.” I insisted. “Now where do you reckon the Dark Moon supplies are?”

“Not here. Of all people I know you kind of look in the wrong areas all the time.” Currently we were at a clothing shop, but apparently it was fashion so there was absolutely nothing useful.

“Come on, why don’t we look at the other shops? Unless of course you want to be a fashionista?”

“You already know I dislike any type of fashion.”

“But you would look pretty in some of these clothing pieces.”

“Do you mean I’m beautiful or that you’re secretly a closet perv?” I joked.

“N-no! Of course not! That would be dirty! Besides you look gorgeous already!” He turned beet red.

Maybe I went too far? “Now let’s pretend that never happened!” We finally entered the next shop where we finally found some decent clothes.

“Look! There’s something for you too!” I cracked. I held up something that was clearly a swimsuit, and had therefore had been pushed to the back of the store.

Apparently it had never gotten sold back in Full Moon.

“I am never wearing a pink sparkly swimsuit for four year olds, Doll!”

I pretended to strangle him. “You know, if I didn't like you, you would have been in a hole some suns ago! I hate being called that! In fact, I forget why I didn't strangle Will!”

“I’m pretty sure you punched him instead.” Just then, two bickering people entered the store. Figures, Cade and Will were already not getting along.

“Why are we going here for food?!”

“Yes! Because I can locate it with my radar! Remember?”

“Don’t make it mutual. Now if you don’t mind, we’re going this way!” He tugged her out the store.

“How much do you reckon they’re getting along? One to ten?” Lane asked me. “Because I say at most a six.”

“I say more like four.” I responded. “How do you think the other pairs are doing?”

“Fine. But where in the world did Tann get ditched?”

“Probably he’s the one actually at the store.

Where were those two? Whatever. I had been sitting outside the store for five minutes with all the supplies that they were supposed to get. There was absolutely no point in waiting for them.

“So you thought that was a vegetable? That was totally a fruit!” Exclaimed Will.

“Well I was eight and my mom couldn’t take me shopping! That’s was probably why the stew tasted odd! Didn't you have any cooking incidents?” Complained Cade.

“Yeah. I burned all the meat once, because that was the first time cooking on my own. I was twelve when I stopped asking for help.” Admitted Will.

“That’s just sad! Don’t you even know how to cook? You were twelve!... Shut up quit being a total cockroach!” Replied Cade, mysteriously switching from replying to insulting.

“Are you sure you still aren’t eight!?” degraded Will.

“Are you sure you aren’t eight-y?!” Retaliated Cade. Uh- huh. Now I got it. Those two didn't want anyone thinking they were getting along, but they secretly enjoy talking with each other.

I totally wanted to embarrass them, but since that would be rude, I guessed I would keep my mouth shut for now.

“So what are you two doing taking so long getting here?” As I expected they both turned red.

“They were getting me lost!” They pointed to each other. I rolled my eyes. Luckily they mistook it for I was annoyed at them, instead of making fun of their stupidity.

“How about you get maps?” Following silence.

“You find it! You’ve been leading me in circles all afternoon!”

“You find it with your great almighty powers.” I could imagine lightning zooming back and forth between their eyes, they looked so furious. But of course they were faking.

I started to laugh, and turned it into a cough.

“Will you just move already?” I groaned. I had turned the cough into a clearing of throat.

“Sorry.” Muttered Cade sarcastically. As soon as they thought they were out of hearing range.

“Well where were we? Oh. Dad didn't show me how to cook ever. Unless you mean pancakes that he got all soggy.”

“My dad had taught me how to make lots of food- but apparently not how to shop!”

“Well that went smooth.” I muttered. I was pretty sure someone would catch us by now, (hopefully not my father,) and then my life would be over.

Cade and I were still talking about trivial things, and had actually become friends over the past hour.

I didn't think this idea would work, but so far no one had come up to us and made a crack so I guessed it was fine.

“The traveling store is over here! Not there!” Once again Cade had started heading the wrong way. I swear she had a terrible sense of direction.

I had finally rested and gotten food. That was totally embarrassing; and I still didn't know who this girl was, but she was creepy. More like both of them were.

I mean- where the heck did this girl come from? We were getting closer to the location written down. I really wanted to be partnered up with someone else.

What did I get to eat for twenty two suns? Well, it was mostly a bunch of spicy meat in a tomato stew, pomegranates, and wine that they somehow thought was allowed for minors.

One; I’m supposed to be a vegetarian. Two; tomatoes are too sour and pomegranates are too bitter.

Three; who in the world drinks alcohol when they are eight?

So I was hardly touching the food, and the first time I tried the wine,

thinking it was regular grape juice I had yaked and already gotten a hangover- who knew my stomach was so bad at handling the stuff? “Do we get to eat anything else weirdos?” I snapped.

“No weakling. There is no water for quite a while. This stuff is hardly hard on the stomach but yet you throw up half the food you eat, and the meat is perfectly fine.” Snapped Meridan.

“You can try cactus.” Suggested the Flower girl.

“There is no cactus! Are you trying to freaking make fun of me?”

“And what are you babbling about- me?”

“Yes. Because you’re the only idiot complaining about the food.” Replied Meridan.

“I already know why your group mates hate you.” I retaliated. He placed his right hand on the hilt of his sword. He slid it slowly out and pointed it at me.

“If I was still the same person as I was only a moon ago, you would be dead. I would have cleaved off your head the second I met you.” His eyes grew steely. His gaze was frightening.

Resolved and hardened to kill. “Luckily for you-” He held up the sword to my chin. “One person was against me killing off random idiots.

Now keep your trap shut before it gets a blade through it. The next complaint I hear out your mouth, is when I will actually kill you.

Or maybe just scorch your throat until you can’t talk anymore. I, as an assassin; don’t have a single thought about keeping you alive.”

“Yeah. Shut your hole and respect Big Brother Meridan.” The girl replied. Those big innocent eyes turned to deadly daggers. No wonder. I would be shaking in my boots if I wasn’t so scared stiff.

“I think that’s enough Sheia.” Meridan replied. They were assassins- professional killers. My hands grew clammy. I couldn’t make a mistake with these guys around.

“See those guys ahead? Let’s give them a run through, a slow death. Feel free to use your powers. However- idiot over here can stay planted.

” I was about to call him a bastard but I knew I would get a ‘run through,’ if I said anything.

“Okay, M.” She began humming a creepy tune, sounding eerie. I heard the thump of a body hitting the ground. Meridan took off his gloves and concentrated. His hands began to glow gray.

He disappeared from view. The next second he appeared behind one of them, and touched them. They died falling to the ground as soon as his hands made contact. My eyes widened.

Even though it was wrong killing people for no reason, I was more scared I would be the next victim. I was just a sitting duck- a bystander, just because I was too scared.

Knock it off Sonia! Even the idiot is braver than you- for your stupid stone no less!

“Quit it! Just stop! Quit being a bunch of assholes and leave those poor people alone! Don’t kill innocents!”

“Innocents? No one out here is innocent! I’ve never been innocent, and even your precious Fluke has killed before! And guess what?

Everyone I personally know is not completely innocent of harm or death! Especially not you!” Sheia put her hand on his shoulder.

“M. Please stop. It wasn’t necessary at all. Please remember we were innocent at some time.” The miraculous thing was he stopped.

How close were these two that the psychopath would stop from words? That was the question that would be echoing in my mind the rest of the day.